[Editor’s note: The following contains spoilers through the Season 1 finale of Andor.]

A lot of major plot points are packed into the Season 1 finale of Andor, but really, one of the year’s most powerful episodes of television came down to a speech from a dead woman.

Fiona Shaw’s work was the definition of Emmy-worthy in the back half of the season, as Cassian Andor (Diego Luna)’s adoptive mother, fully aware that she was nearing the end of her days, became fully committed to one goal: doing whatever she could to combat the rise of the Empire. Her passing in Episode 11, as seen from the point of view of her loyal droid B2EMO, was already a heartbreaking moment for the show — the childlike sadness of “I want Maarva” jerking tears from anyone who’s ever lost a loved one. But then came her speech at her own funeral, courtesy of B2EMO projection.

Here is the whole damn speech, because it was worthy of transcribing:

My name is Maara Carassi Andor. I’m honored to stand before you. I’m honored to be a Daughter of Ferrix, and honored to be worthy of the stone. Strange, I… feel as if I could see it. I was six, I think, first time I touched a funerary stone. Heard our music, felt our history. Holding my sister’s hand as we walked all the way from Fountain Square.

Where you stand now, I’ve been more times than I can remember. I always wanted to be lifted. I was always eager, always waiting to be inspired. I remember every time it happened, every time the dead lifted me… with their truth. And now I’m dead. And I yearn to lift you. Not because I want to shine or even be remembered. It’s because I want you to go on. I want Ferrix to continue. In my waning hours, that’s what comforts me most.

But we were sleeping. I’ve been sleeping. And I’ve been turning away from the truth I wanted not to face. There is a wound that won’t heal at the center of the galaxy. There is a darkness reaching like rust into everything around us. We let it grow, and now it’s here. It’s here and it’s not visiting anymore. It wants to stay. The Empire is a disease that thrives in darkness — it is never more alive than when we sleep. It’s easy for the dead to tell you to fight and maybe it’s true, maybe fighting is useless. Perhaps it’s too late. But I’ll tell you this. If I could do it again, I’d wake up early and be fighting these bastards from the start. Fight the empire! 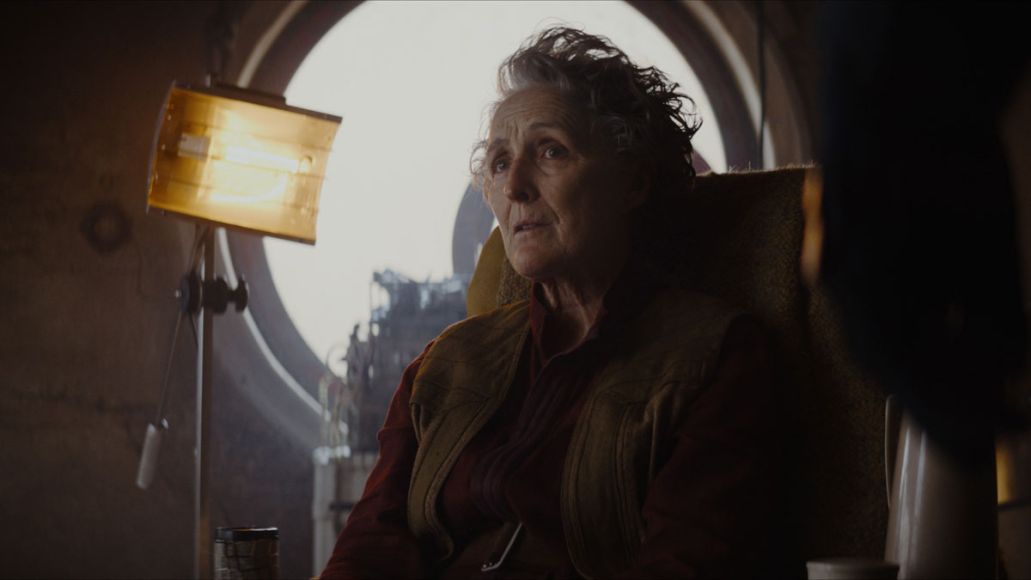 Murky Truths and Murky Waters Collide in the Compelling 1899: Review