Brandie Carlile’s Mothership Weekend has announced a 2023 lineup led by Nathaniel Rateliff and the Night Sweats, Mavis Staples, Hozier, Bonnie Raitt, and of course, Carlile herself.

Established as an annual Mother’s Day celebration, the 2023 edition will go down May 12th through the 14th in Miramar Beach, Florida. Danielle Ponder, The Milk Carton Kids, Katie Pruitt, and Fancy Hagood round out the bill.

“The Mothership welcomes EVERYONE,” Carlile said in a statement. “We hope you’ll join us for this epic celebration of mothers, mother figures, motherhood, mothering, and all forms of chosen families.”

Carlile will also join Joni Mitchell for her first publicly-announced concert in 20 years at the Gorge Amphitheatre in June and accompany P!NK on her 2023 “Summer Carnival” tour. Tickets are available here. 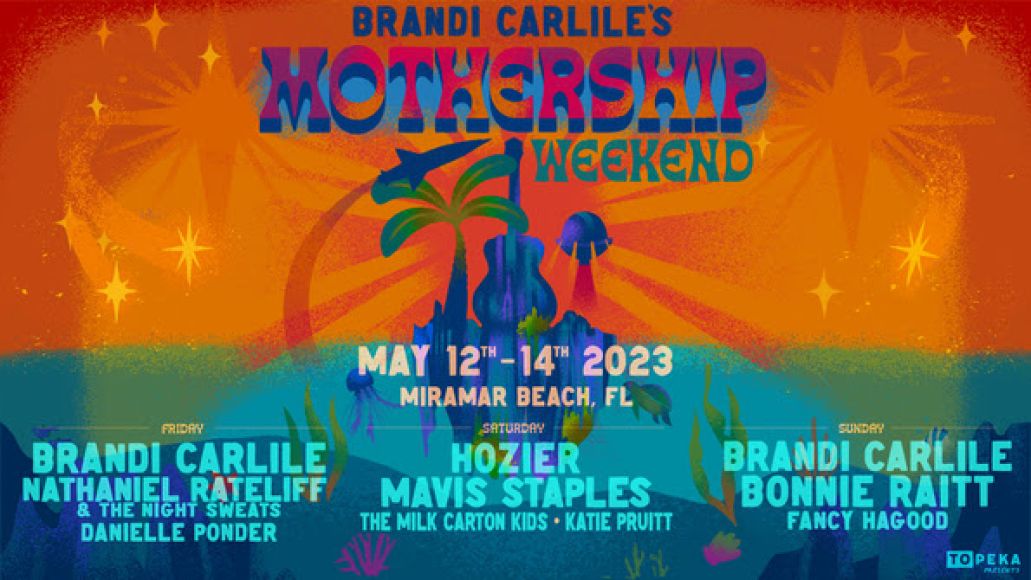