Bruce Springsteen has unveiled his soul covers album, Only the Strong Survive. Stream it below via Apple Music and Spotify.

The 15-track LP, which includes renditions of songs made famous by The Temptations, Aretha Franklin, and more, was recorded at Springsteen’s New Jersey recording studio closely after 2020’s Letter to You. It was produced by Ron Aniello and features contributions from numerous members of his iconic E Street Band including the “E Street Horns” section and longtime backing vocalists Soozie Tyrell, Lisa Lowell, Michelle Moore, and Curtis King Jr. The Boss also duets with Sam Moore (of Sam & Dave) on two tracks: “Soul Days” and “I Forgot to Be Your Lover.”

“This time, I decided to do something I’ve never done before: make some music that’s centered around singing, around challenging my voice,” Springsteen shared in a statement. “I had so much fun recording this music. I fell back in love with all these great songs and great writers and great singers. All of them still underrated in my opinion. And through the project I rediscovered the power of my own voice.”

The album’s early offerings, led by covers of Frank Wilson’s “Do I Love You (Indeed I Do)” and Commodores’ “Night Shift,” already showcased the power of the historically humble vocalist’s natural chops. The entire collection also boasts new arrangements and string accompaniment for the classic tunes, which Springsteen hoped would “do justice to them” and allow “the modern audience to experience its beauty and joy, just as I have since I first heard it.”

He’ll celebrate the release of his 21st studio album with a “takeover” of The Tonight Show Starring Jimmy Fallon for four episodes throughout November. The appearances will encompass a guest and musical spot on November 14th, subsequent performances on November 15th and 16th, and a special Thanksgiving episode airing on November 24th.

Bruce Springsteen will continue to support Only the Strong Survive in 2023 with a global reunion tour alongside The E Street Band. The trek marks their first live outing since 2017 and launches in February. Grab your seats via Ticketmaster.

Only the Strong Survive Artwork: 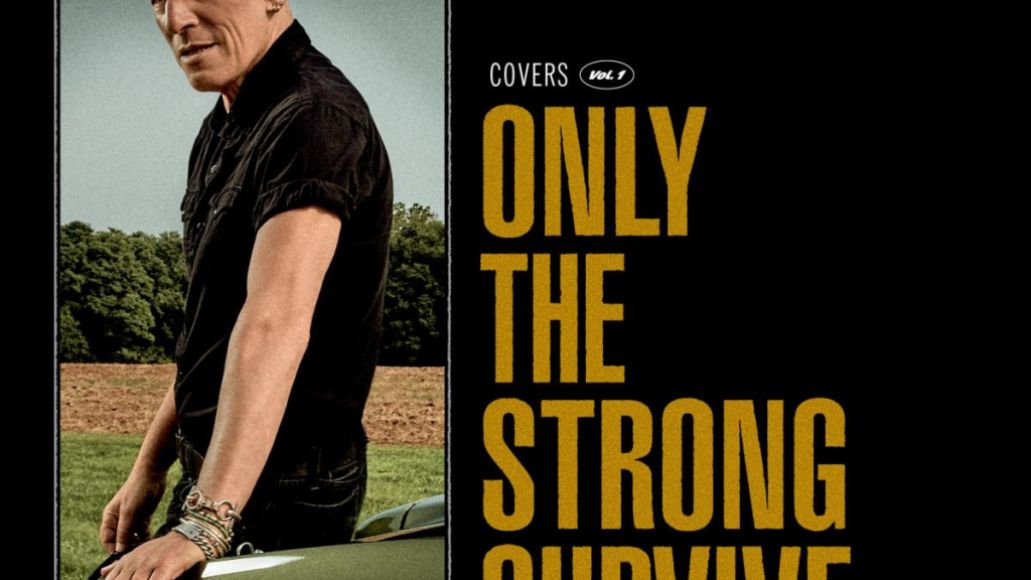 Only the Strong Survive Tracklist:
01. Only the Strong Survive (Jerry Butler)
02. Soul Days (Dobie Gray)
03. Night Shift (Commodores)
04. Do I Love You (Indeed I Do) (Frank Wilson)
05. The Sun Ain’t Gonna Shine Anymore (The Walker Brothers)
06. Turn Back the Hands of Time (Tyrone Davis)
07. When She Was My Girl (The Four Tops)
08. Western Union Man (Jerry Butler)
09. I Wish It Would Rain (The Temptations)
10. Don’t Play That Song (Aretha Franklin)
11. Any Other Way (Jackie Shane)
12. I Forgot to Be Your Lover (William Bell)
13. Rooms of Gloom (The Four Tops)
14. What Becomes of the Brokenhearted (Jimmy Ruffin)
15. Someday We’ll Be Together (Diana Ross and The Supremes)