The Pitch: It’s rough out there, and it seems to get rougher every day. Friendships decay, careers stall, and your dreams don’t come true – or they do, and then what? Maybe one day you wake up to find your now ex-wife has dropped off the kids at your new single-dad apartment before seemingly disappearing off the face of the earth. Such is the plight of Toby Fleishman (Jesse Eisenberg), a 41-year-old hepatologist in the process of adjusting to life after a failed marriage.

Based on Taffy Brodesser-Akner’s 2019 novel of the same name, Fleishman Is In Trouble follows our titular character as he navigates his messy post-divorce life with help from his college friends Libby (Lizzy Caplan) and Seth (Adam Brody). What starts as a satirical take on modern online dating culture (especially for generations who haven’t grown up with it) slowly morphs over eight episodes into a deeply moving exploration of aging, self-identity, love, and life. In the end, it’s a story about everything.

Fleishman Is In an Adaptation: Adapting a novel for the screen can be daunting: Just ask Stephen King or Charlie Kaufman. Fortunately, Brodesser-Akner was deeply involved in Fleishman Is In Trouble’s transformation, retaining showrunning duties, and as a result, the show translates the book’s tone and sense of humor remarkably well. Thanks to Brodesser-Akner and her creative partners (which includes Little Miss Sunshine directors Valerie Faris & Jonathan Dayton), the blood of the show is pumped by the heart of its source material.

Whether it’s the product of its creators or the difficult task of adapting the written word, Fleishman Is In Trouble is intensely literary. For one, Lizzy Caplan’s Libby narrates the entirety of the show, and her presentation of the story is omnipresent, beautifully crafted, and philosophically curious. She dives into the thoughts of herself and her friends, musing over motivations and implications in a way that’s akin to a New Yorker profile, which is fitting considering her character is a former magazine writer and Brodesser-Akner herself is a celebrated contributor to GQ and The New York Times.

The content of each episode comes across with the depth of a multi-hundred-page novel as well. Literary devices abound, from recurring metaphors to constant symbolism. The series strings together a web of themes connected by returning concepts and physical objects: the liver, the block universe, vantablack, oxygen mask etiquette, and much, much more. Can it be a little obvious? Sure. But it undeniably resonates, contributing to the show’s breadth of emotion and unanswerable questions.

FX-Isms: Of course, this iteration of Fleishman Is In Trouble is not a book, it’s a show – a show on FX nonetheless, a network now known for housing some of the most inventive, visually creative television in recent memory. Obvious examples like Atlanta, Fargo, or the best moments of American Horror Story come to mind. As such, Fleishman Is In Trouble is right at home, supplementing its exquisitely written teleplay with engaging, CGI-enhanced visuals melding together time and space. 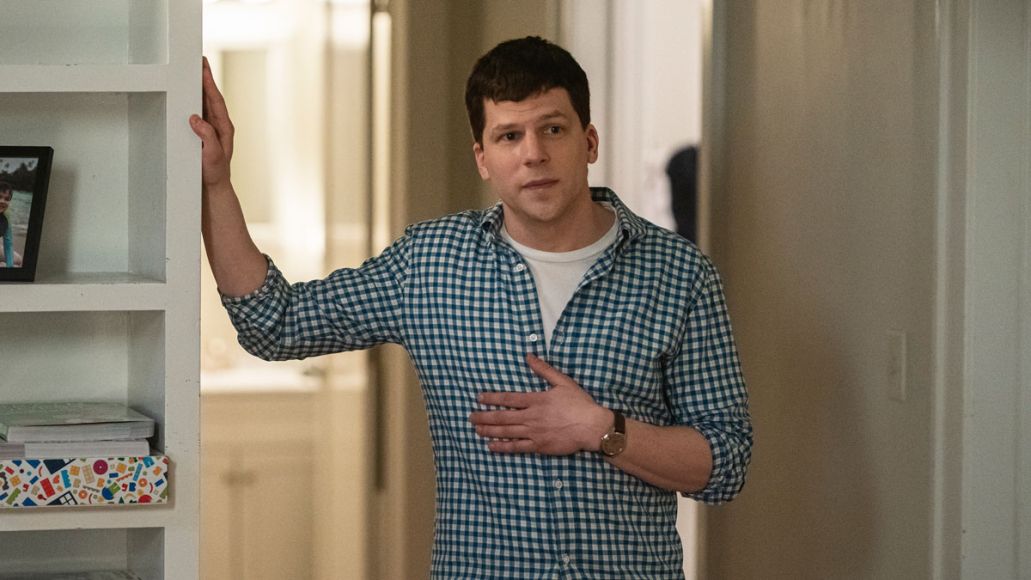 Fleishman Is In Trouble (FX)