Thomas Rhett has drafted his complete “Home Team Tour 23” and tickets for the 40-city summer outing will be going up for grabs shortly. Although all fans of the country star are considered members of the “Home Team,” it appears that local sports jerseys will be the preferred dress code based on Rhett’s appearance in the the tour’s announcement video.

“Being on the road is one of my favorite places to be,” Rhett shared in a statement about the upcoming North American trek. “I can’t wait to see the joy on y’alls faces next year.”

What Is Thomas Rhett’s Next Tour?

The “Home Team Tour 23” will kick off on May 4th in Des Moines, Iowa followed by Midwest stops in Indianapolis, Omaha, St. Louis, and more. Rhett plays two nights at Uncasville, Connecticut’s Mohegan Sun Arena on June 9th and 10th, then heads south for shows in Louisiana and Mississippi. He’ll close June between Lexington, Kentucky and Charleston, West Virginia and open the next month in Buffalo, New York. He headlines Boston’s TD Garden on July 8th.

Rhett begins a southern stretch in Biloxi, Mississippi on July 13th, then hits Greenville, South Carolina; Knoxville, Tennessee; and Greensboro, North Carolina. He’ll head back up the East Coast to Baltimore on July 21st and Belmont Park, New York on July 22nd before jetting to St. Paul, Minnesota on July 27th and Chicago on July 28th. He wraps July in Grand Rapids, Michigan.

The trek continues into August with three nights in Texas between Dallas, Houston, and Austin. Following dates in Oklahoma City, Wichita, and Denver, the tour breaks for nearly a month until Rhett returns on September 14th in Estero, Florida. He plays Jacksonville and Orlando before moving north to Charlottesville, Virginia; State College, Pennsylvania; and Toledo, Ohio. He performs in Birmingham, Alabama on September 28th, then concludes the tour with a hometown show at Nashville’s Bridgestone Arena on September 29th.

Who Is Opening for Thomas Rhett on Tour?

How Can I Get Tickets for Thomas Rhett’s 2023 Tour?

What Are Thomas Rhett’s 2023 Tour Dates?

See Thomas Rhett’s full list of tour dates below, and get tickets to all of his upcoming concerts here. 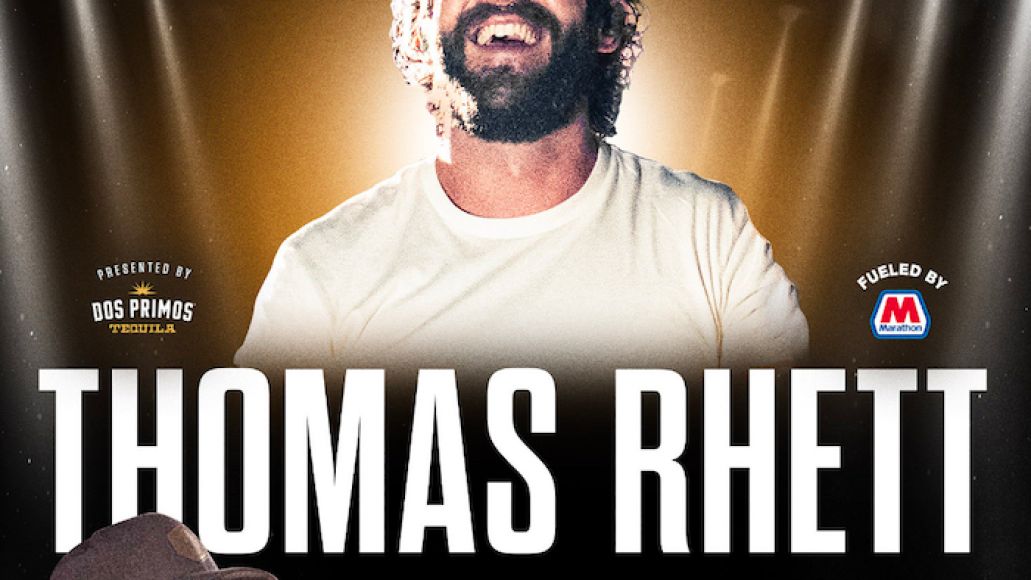 How to Get Tickets to Thomas Rhett's 2023 Tour