Placebo are hitting the road in 2023 for their first North American tour in nine years. The band had previously delayed a fall 2022 trek.

The new 19-date stretch opens in Mexico City on April 17th and hits New York for two nights as well as Philadelphia, Austin, Los Angeles, and more. The tour wraps at The Fillmore in Denver on May 20th. LA rock duo Deap Vally will join as support along with Cold Cave on select dates. See the complete itinerary below.

Tickets for the 2023 dates go on-sale Friday, November 4th at 10:00 a.m. local time via Ticketmaster. A Live Nation pre-sale for select shows is ongoing and will run through Thursday, November 3rd at 10:00 p.m. local time (use code HEADLINE). Meanwhile, tickets to the band’s current European and UK run are entirely up for grabs now.

Placebo most recently released a rendition of Tears for Fears’ “Shout” in September. Earlier this year, it was revealed that another definitive cover by the group, for Kate Bush’s “Running Up That Hill,” played an important behind-the-scenes role in Stranger Things Season 4.

The band’s latest LP, Never Let Me Go, was released in March and included the singles “Beautiful James” and “Surrounded by Spies.” 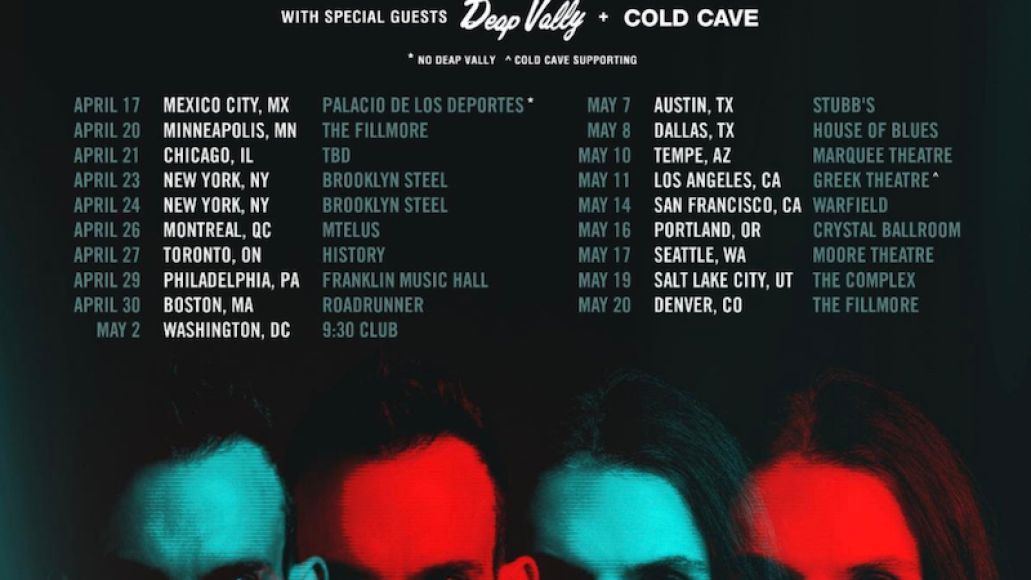