The new project launched with its debut single, “Capitalism.” While the song taps into similar sociopolitical subject matter as Rage Against the Machine, Commerford and company take a more jazzy alt-rock approach to the music.

Commerford’s sharp bass tone cuts through the mix, as it often does with RATM, while Wakrat lays down syncopated jazz rhythms in an odd time signature. Meanwhile, Polonsky’s spazzed-out guitarwork recalls the strummy post-punk of Gang of Four. Commerford’s clean vocals sit atop everything quite nicely, anchoring the song’s otherwise frenzied energy.

The tangible chemistry between the three musicians is a credit to their friendship and past work together. Commerford played with Wakrat in the latter’s eponymous group Wakrat, who released one self-titled album in 2016.

As for Polonsky, the L.A. rock vet connected with Commerford during the latter’s time in Audioslave. Polonsky broke into the industry with his 1996 debut solo, Hi My Name Is Jonny — a cult record in power-pop circles. He has become a journeyman guitarist in the years since, playing with Puscifer and Commerford’s RATM bandmate Tom Morello, among others.

Commerford should have ample time to concentrate on 7D7D while RATM frontman Zack de la Rocha recovers from a torn achilles tendon he suffered early on during their summer reunion tour. Unfortunately the injury forced Rage to cancel their 2023 touring plans.

Below you can check out the lyric video for 7D7D’s “Capitalism.” 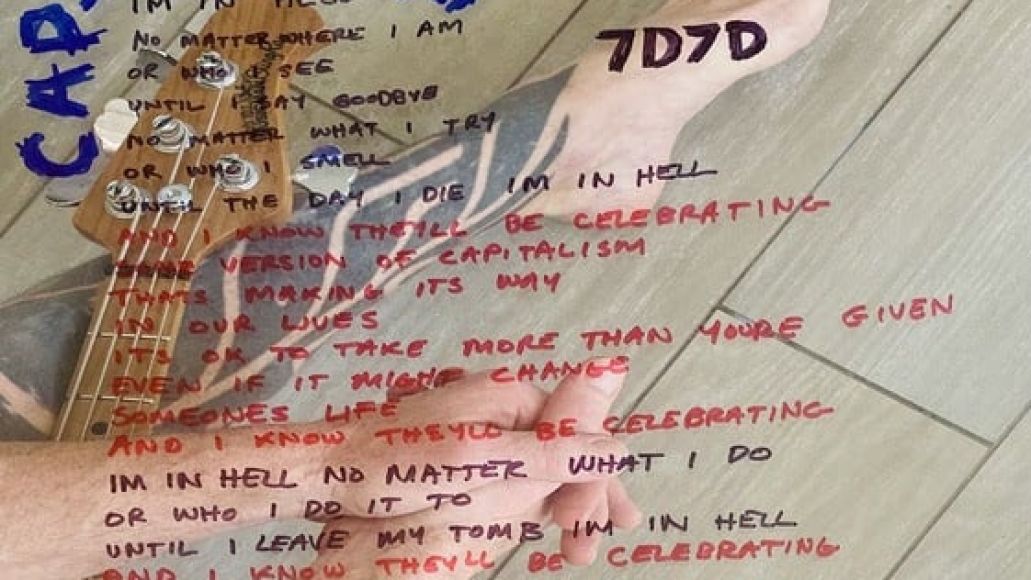