The twin German music festivals Rock am Ring and Rock im Park have announced their 2023 lineups.

The fests will take place June 2nd through June 4th in Nürburgring and in Nuremberg, respectively. Both festivals share the same lineup, with acts appearing at each fest on different days during the weekend.

The 2023 lineup sports a particularly strong assemblage of heavy artists — among performers of other genres — with a reunited Pantera leading the way. Other top-billed acts include Turnstile, Tenacious D, Evanescence, and Machine Gun Kelly, with two of the headliners yet to be revealed.

For weekend and single day tickets, as well as camping passes, head over to the Rock am Ring and Rock im Park websites.

With the lineup reveal, the highly anticipated Pantera reunion adds two more major festival appearances to a growing 2022/2023 itinerary. The band, which will feature guitarist Zakk Wylde and drummer Charlie Benante alongside classic members Philip Anselmo and Rex Brown, have a number of Latin American dates lined up for this December.

Below you can see the lineup poster for Rock am Ring/Rock im Park. 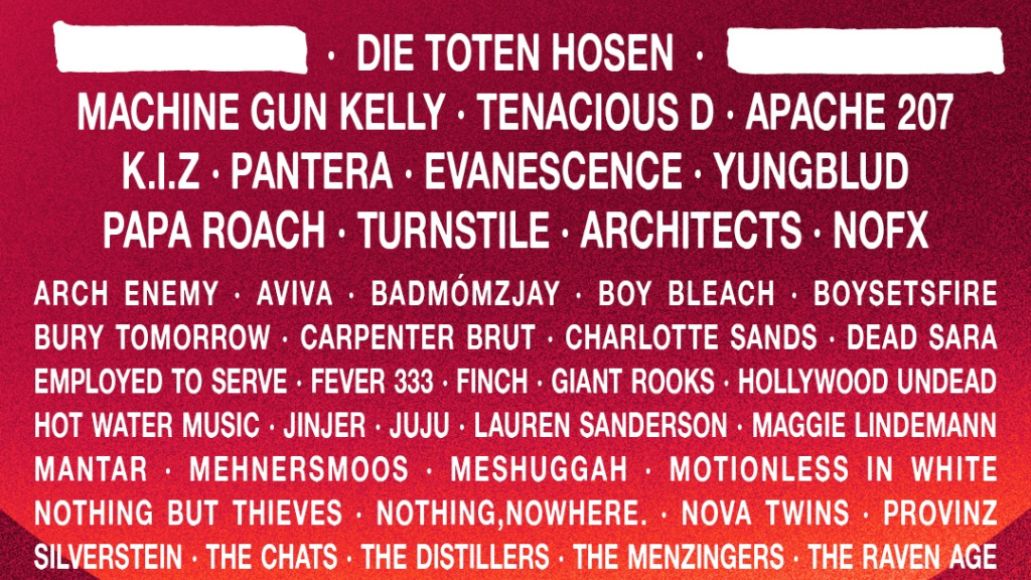