A new festival dubbed Sick New World celebrates the biggest nu-metal, hard rock and industrial bands of the ’90s and early 2000s. The lineup for the inaugural edition in 2023 is set for May 13th at the Las Vegas Festival Grounds — the same site as the recent emo nostalgia fest When We Were Young, with a bill that’s just as jam-packed.

In fact, Sick New World is being presented by the same promoter as When We Were Young, except this lineup features a who’s who of acts that ruled mainstream rock radio in the late ’90s and 2000s, along with some industrial giants and newer bands.

System of a Down, Deftones, Korn, and Incubus will headline, while other notable acts on the one-day bill include Evanescence, Turnstile, Mr. Bungle, The Sisters of Mercy, Papa Roach, Death Grips (playing their first announced show in four years), a reunited Flyleaf with original singer Lacey Sturm, Ministry, Melvins, Killing Joke, She Wants Revenge, Body Count, Placebo, Skinny Puppy, and too many more to list (see the poster below). Tickets go on sale this Friday (November 11th) at 2 p.m. PT via the festival’s website, with a pre-sale starting the same day at 10 a.m. PT with the code WAKEUP.

Prior to the official festival announcement on Monday (November 7th), many of the aforementioned bands posted teasers on social media, hinting that they would be a part of the initial Sick New World lineup.

Serj Tankian on What’s Next for System of a Down, Mixing Humor with Facts, and Interactive Experiences

If it sells anything like When We Were Young, expect more dates to be added. That fest started out as a one-day event, but two extra days were added with nearly the same lineups each day.

See the full lineup poster below. 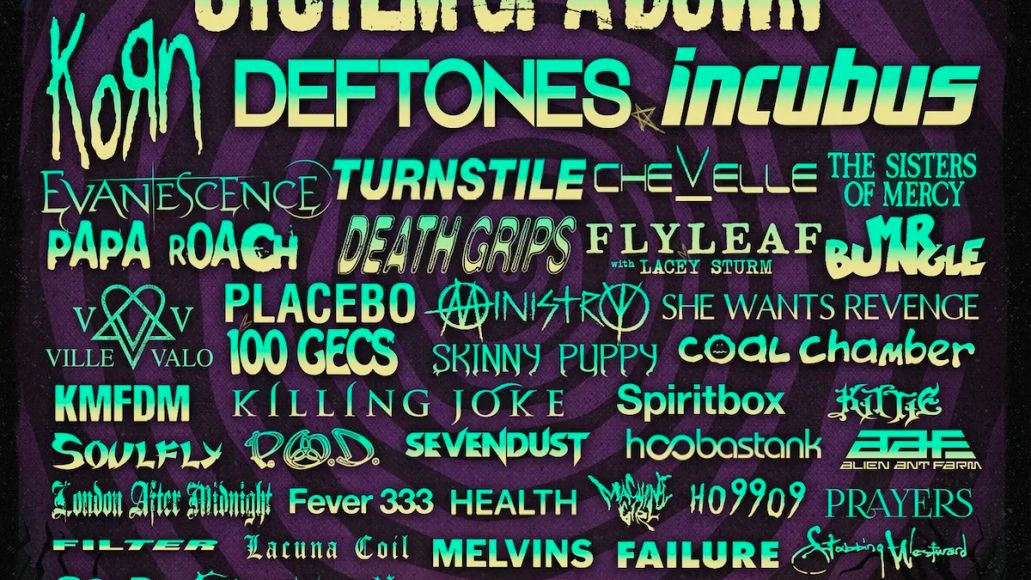 Sick New World: System of a Down, Deftones, Korn, and More to Play Inaugural Vegas Fest in 2023