New York City’s The Van Pelt are an influential, but too often overlooked indie rock band whose first two albums — 1996’s Stealing From Our Favorite Thieves and 1997’s Sultans of Sentiment — are cult favorites for many an emo-inclined crate digger. Today, they’ve announced that they’re reissuing remastered editions of those two albums, marking the first time they’ve been pressed to vinyl in over two decades.

In addition to the reissues of Stealing and Sultan, The Van Pelt are also releasing two very limited cassette pressings chock-full of demos from the era, both featuring previously unreleased tracks. Release is scheduled for December 30th via Ernest Jenning Record Co., and pre-orders are ongoing.

“In commemoration of the 25th anniversary of Sultans of Sentiment — The Van Pelt’s classic album — we are proud to be dropping the MOTHERLOAD of Van Pelt reissues: Both of their first two albums as well as the demos for each of these albums on cassette!” bandleader Chris Leo writes in a statement. “Lots of licks, tons of words, big Steve Lillywhite on DIY rhythm section, these albums are critical links in the chain that takes one from The Fall to Yard Act, from Television and The Minutemen to Parquet Courts and Sleaford Mods, from punk as a sound to punk purely as an ethos. Woo-hoo!”

As far as building a chain goes, we’re inclined to agree; From Leo’s impassioned speak-singing to their post-hardcore-leaning pop melodies, you can hear the influence of The Van Pelt in many of the best emo albums in recent years. Members of The Van Pelt also went on to play in groups like Blonde Redhead, Jets to Brazil (who shared a singer with Jawbreaker), and art rockers Oneida.

A press release promises an announcement of new music and live performances in the near future. Check out the packaging of The Van Pelt’s reissues below. 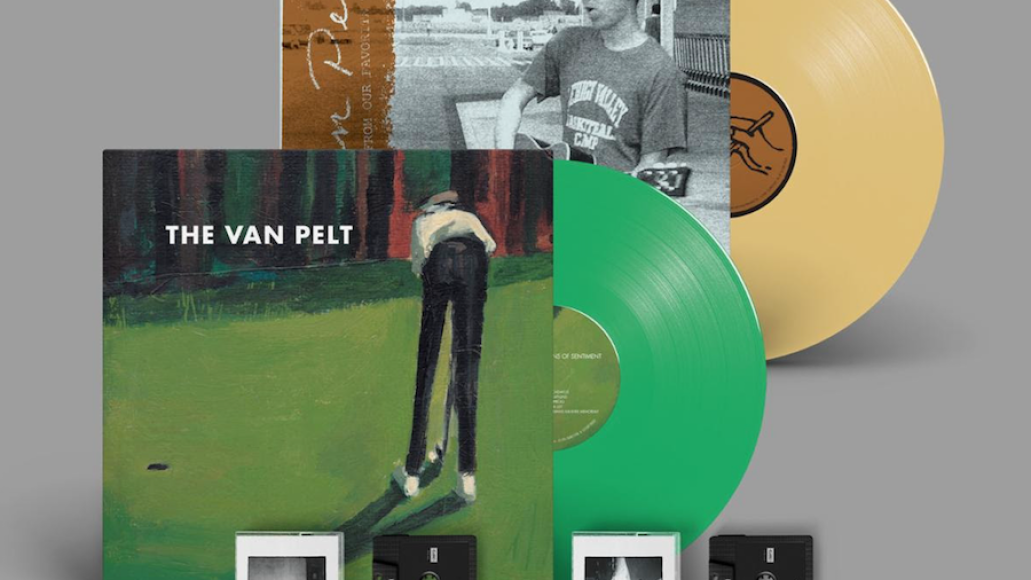