The Pitch: They may be creepy, kooky, and altogether ooky, but one question has lingered for decades on the minds of every Addams Family fan — Where did they go to high school? Lucky for us, Smallville creators Alfred Gough and Miles Millar (with a little help from Tim Burton and the bean counters at Netflix) are here to give us the answer.

Nevermore Academy is a prep school for the petrifying out in the backwoods of New England, where “outcasts” (as they’re called) get to spend their high school years learning among their own kind: sirens, werewolves, witches, and all the rest. And like any good college town, the “normie” townies view them with derision and suspicion, clinging to centuries-old stories of witch-burnings to fuel tourism and their own resentment of the school.

It’s hardly the kind of environment Wednesday Addams (Jenna Ortega) would care to immerse herself in; after all, she prefers to be the one weirding people out. But her parents, Gomez (Luis Guzman) and Morticia (Catherine Zeta-Jones), insist on her attending, especially as Wednesday starts experiencing the same psychic premonitions that plagued her mother. Thus, the legacy goth heads to Nevermore with dismembered family member Thing in tow to look after her.

Even among outcasts, she’s pushed to the margins pretty quickly: her stony nature turns off the cool kids, and her family’s complicated legacy at the school (involving, in Gomez’s case, suspicions of murder) earn her the ire of everyone from the town sheriff (Jamie McShane) to the school’s principal, Larissa Weems (Gwendoline Christie). But when she witnesses the murder of a student in the woods by a mysterious beast, she soon finds herself in the middle of a mystery only she can solve.

A Series of Unwatchable Events: It’s easy to forget that Tim Burton was a hair’s breadth from directing the 1992 Addams Family movie; it was only because of scheduling conflicts with Batman Returns that the gig went to Barry Sonnenfeld. Wednesday is Burton’s first real turn at bat for the cult-favorite sitcom family (based on the original Charles Addams New Yorker sketches), even though it feels like his work has been taken inspiration from Addams’ screwy, oddball aesthetic his entire career.

Color me surprised, then (even if the color is black), that Wednesday doesn’t just not feel like an Addams Family story — it barely feels like Tim Burton. A lot of that is due to the limitations of the Netflix streaming series as a model: the wonky pacing that positions each overlong 55-minute episode as a chapter in a so-called “eight-hour movie”; the flat digital photography that highlights the hokey sets and filmed-in-Romania cheapness of the production; dialogue that feels tailor-made to feed the Twitter-GIF industrial complex. 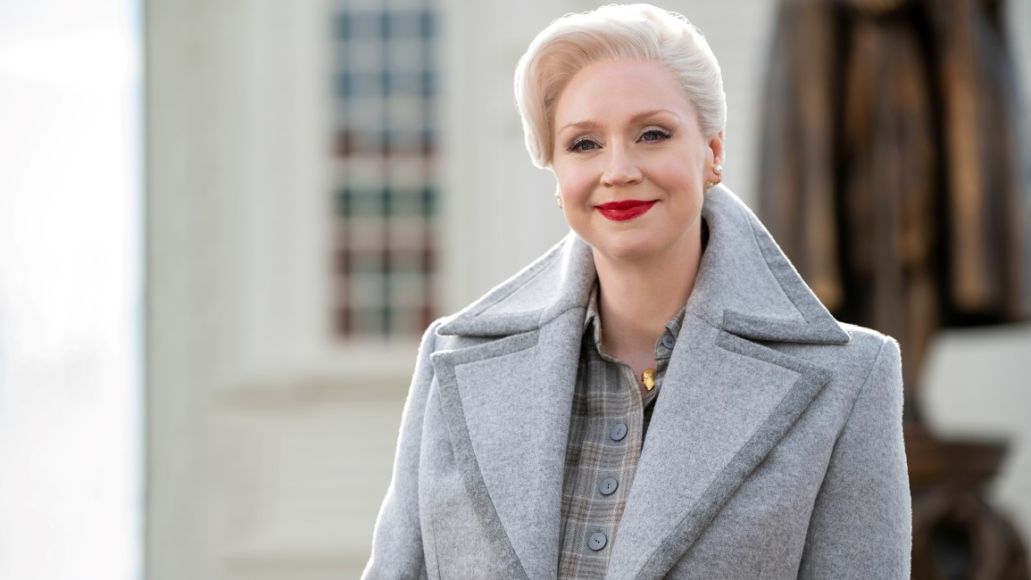