It’s at one of these parties that we meet six figures who represent the end of one era and the beginning of another: Jack Conrad (Brad Pitt), a silent film star whose shine is wearing off after decades in the biz; Nellie LaRoy (Margot Robbie), a hard-partying Jersey girl desperate to make it in the pictures; and Manny Torres (Diego Calva), a hustling assistant climbing the ladder one ludicrous favor at a time.

There’s also Elinor St. John (Jean Smart), a Hedda Hopper-esque gossip journo who builds up stars as quickly as she can tear them down; Sidney Palmer (Jovan Adepo), a jazz trumpeter who finds himself on the cusp of stardom; and Lady Fay Zhu (Li Jun Li), a queer woman struggling to maintain her stardom. And as the moving pictures advance from the silent era to the sound era, all of these folks will have to find ways to adapt — or die.

Overdosin’ in the Rain: Damien Chazelle’s Babylon wants to lift you up and piss you off, oftentimes in the same frame. On the one hand, it’s a loud, brash, farcical caricature of the kind of excesses 1920s Hollywood enjoyed: Its opening act is a whirling-dervish cacophony of mayhem, Linus Sandgren’s camera swirling and twirling around a packed desert mansion abuzz with all kinds of lascivious activity. Scantily-clad women (if they’re clad at all) writhe on men with their rumpled tuxedos hanging off them; a young ingenue pisses on a corpulent movie producer; cars crash, and movie-men dump their faces into cocaine piles so high they’d make Scarface jealous.

It’s these long-form farcical set-pieces where Babylon comes alive, milking Hollywood history for all its screwball absurdity. Hollywood parties turn into flailing rattlesnake fights, while a last-ditch attempt to pay off some gambling debts sends us down a multi-tiered hellscape portending the extremities of cinema to come. A movie set sweating and struggling against the demands of sound filmmaking turns into an incredible escalation of comic tension, funnier than most studio comedies coming out this year.

The world is a kind of arch fantasia version of 1920s Hollywood, heightened and scrambled as Chazelle revels in the era’s unabashed vulgarity with gleeful extremity, with piss, shit, and vomit pouring out before your eyes.  It’s like watching a $100 million Family Guy episode, reenacted with the biggest marquee names we’ve got left. Everything about the filmmaking matches this electric, screaming mood: Tom Cross’s whirlwind editing, Sandgren’s lush, unapologetic camerawork, Justin Hurwitz’s pounding, addictive jazz score. 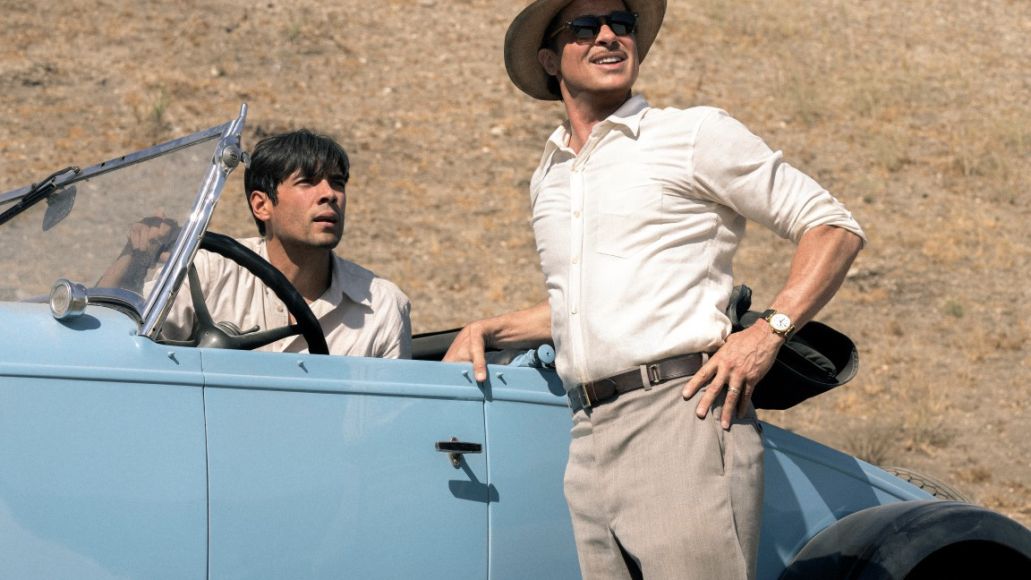 Damien Chazelle's Babylon Proves He Loves and Hates the Art of Cinema: Review