Hasbro and Paramount Pictures are bringing one of history’s most iconic role-playing games to the big screen next year with Dungeons & Dragons: Honor Among Thieves. Ahead of the film’s premiere on March 31st, 2023, Paramount has today shared a closer look at how they brought fantastical creatures to life with a new behind-the-scenes featurette.

Once described as “Game of Thrones with Princess Bride and with a little bit of Spinal Tap,” Honor Among Thieves boasts a cast led by Chris Pine, Rege-Jean Page, Hugh Grant, Jason Wong, Michelle Rodriguez, Justice Smith, and Sophia Lillis. “It’s about finding your own hero within,” Rodriguez says of the film’s premise in the new clip. “And each character has their own version of that journey.”

Pine adds: “This is just big, fun movie-making,” and it’s no secret that this project required a hefty budget and lots of preparation behind cameras. Throughout the clip, you can see the beginnings of the impressive practical effects used to make these highly-unrealistic circumstances feel as authentic as possible. “We want to give [viewers] the movie that they have been hoping for,” co-writer/co-director John Francis Daley goes on, perhaps a subtle dig at the disastrous DnD film released in 2000.

Catch a sneak peek of Dungeons & Dragons: Honor Among Thieves in the behind-the-scenes video below, and scroll onwards for a look at the newest poster.

Along with Daley, Honor Among Thieves is co-directed by Jonathan Goldstein. The duo previously co-helmed the 2018 film Game Night. 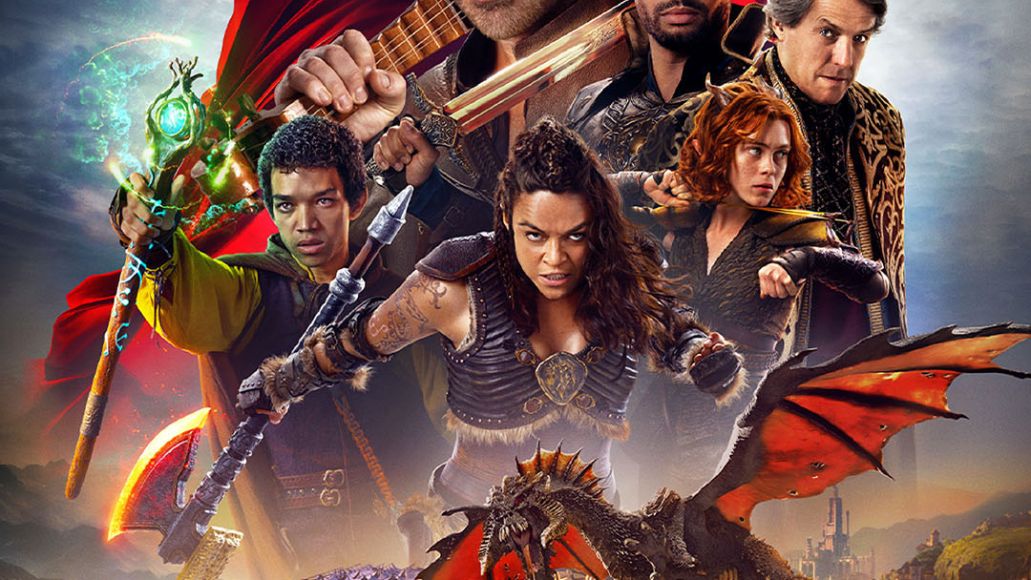