Marvel has shared the first trailer for Guardians of the Galaxy Vol 3, the final entry in the GotG trilogy. In addition to closing out the trilogy, it’s likely the film marks writer/director James Gunn’s last contribution to the Marvel Cinematic Universe, as he was recently named the new head of DC Studios.

Set to a cinematic version of Spacehog’s “In the Meantime,” the preview doesn’t reveal much about the movie’s plot. What it does set up, however, is that our heroes are in for one hell of an emotional journey. “We’ll all fly away together, one last time,” says Rocket (Bradley Cooper). “Into the forever, that beautiful sky.”

Decked out in new costumes based on the classic comic book designs, the Guardians land on a planet of humanoid animals — likely Counter-Earth, the experimental world created by the adversarial High Evolutionary (Chukwudi Iwuji). Whatever has brought them here, it seems to be connected to Rocket’s mysterious origins. Not only will the adventure force the “raccoon” to literally face his maker, but it will reintroduce him to his long-lost love, the sentient otter Lady Lylla.

Along the way, Star-Lord (Chris Pratt), a beefed up teenaged Groot (Vin Diesel), Nebula (Karen Gillian), Mantis (Pom Klementieff), Drax (Dave Bautista) and the rest of the Guardians will have to reconcile with the new variant of Gamora (Zoe Saldaña) they picked up during Avengers: Endgame. And to top it all off, a powerful new character named Adam Warlock (Will Poulter) makes his golden-faced entrance onto the scene.

Watch the Guardians of the Galaxy Vol 3 trailer below, followed by a look at the film’s official poster.

Due out May 5th, 2023, the movie also sees the return of Sean Gunn as Kraglin and Elizabet Debicki as Ayesha, as well as the introduction of Maria Bakalova as the voice of Cosmo the Spacedog. 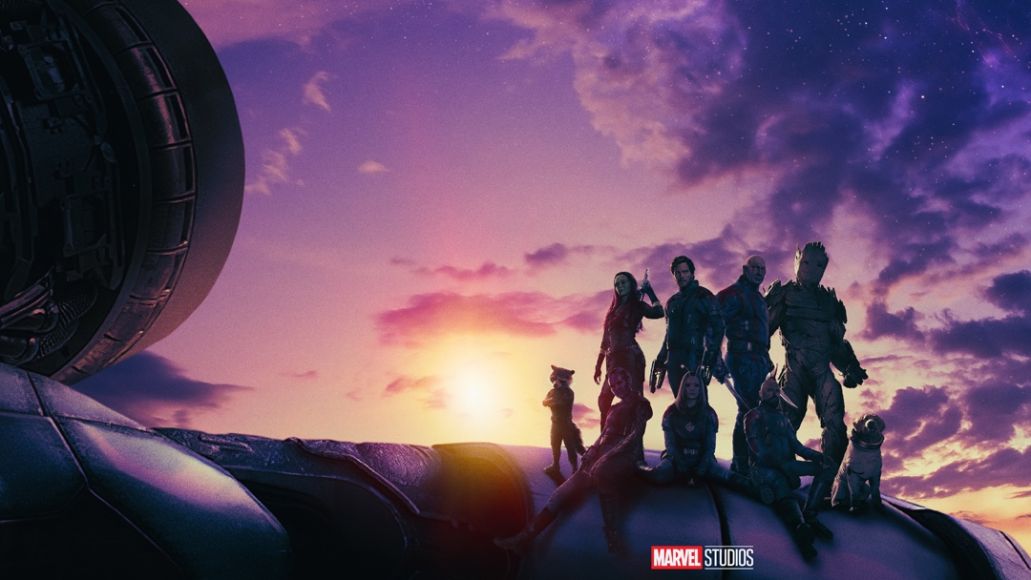