Morgan Wallen is readying his “One Night at a Time World Tour,” but tickets to the 58-date-trek will be going up for grabs all at once very soon.

“Man, what a year 2022 has been with the ‘Dangerous Tour,'” the country singer shared in a statement. “I’ve had so many people ask me if I wanted to take some time off; but the truth is – I have been writing and making so much music in my off-time because I feel as inspired as I ever have. It feels like new songs are pouring out of me, and I love that feeling. We are going to run it back next year with the ‘One Night at a Time World Tour.’ Bigger venues. New countries. Bigger memories. See y’all there.”

What Is Morgan Wallen’s Next Tour?

The 2023 “One Night at a Time World Tour” kicks off in Auckland, New Zealand on March 15th, followed by Australian dates in Ipswich and Sydney. The first international leg ends in Melbourne on March 24th.

Morgan Wallen will relaunch the tour in Milwaukee on April 14th, then spends the rest of the month between Louisville, Kentucky; Oxford, Mississippi; Grand Rapids, Michigan; Moline, Illinois; and Lincoln, Nebraska. He opens May in Jacksonville and settles in Florida for subsequent shows in West Palm Beach on May 5th and Tampa on May 6th, then he’ll head north to Hershey, Pennsylvania on May 18th. Wallen headlines New Jersey’s MetLife Stadium on May 19th and 20th, then jets south to Texas for shows at Austin’s Moody Center on May 24th and Houston’s Minute Maid Park on May 26th. He begins the next month in Atlanta, and hits Virginia Beach, Pittsburgh, and Philadelphia on his way to the Midwest for stops in Chicago, Detroit, and St. Louis. He plays San Diego on July 14th and 15th, Phoenix on July 19th and 20th, and Los Angeles’ SoFi Stadium on July 22nd.

In August, Wallen will host shows in Columbus, Ohio; Boston; and Washington, DC, then embarks on a Canadian stretch in September that hits Toronto, Ottawa, Montreal, and more. He’ll close his run in Canada with a performance in Vancouver on October 4th, then wraps the 2023 tour completely in Tacoma, Washington on October 7th.

Who Is Opening for Morgan Wallen on Tour?

Morgan Wallen will be joined by a rotating cast of openers throughout his “One Night at a Time World Tour.” HARDY and Parker McCollum will trade dates as support, while ERNEST and Bailey Zimmerman will come along for every show. See the tour poster for a full itinerary breakdown below.

How Can I Get Tickets for Morgan Wallen’s 2023 Tour?

What Are Morgan Wallen’s 2023 Tour Dates?

See Morgan Wallen’s full list of tour dates below, and get tickets to all of his upcoming concerts here. 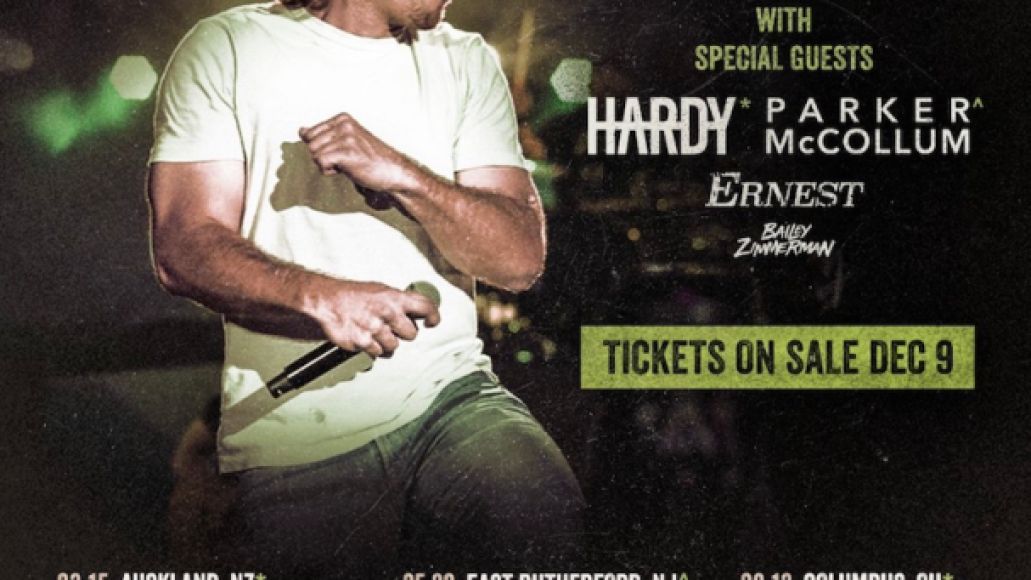 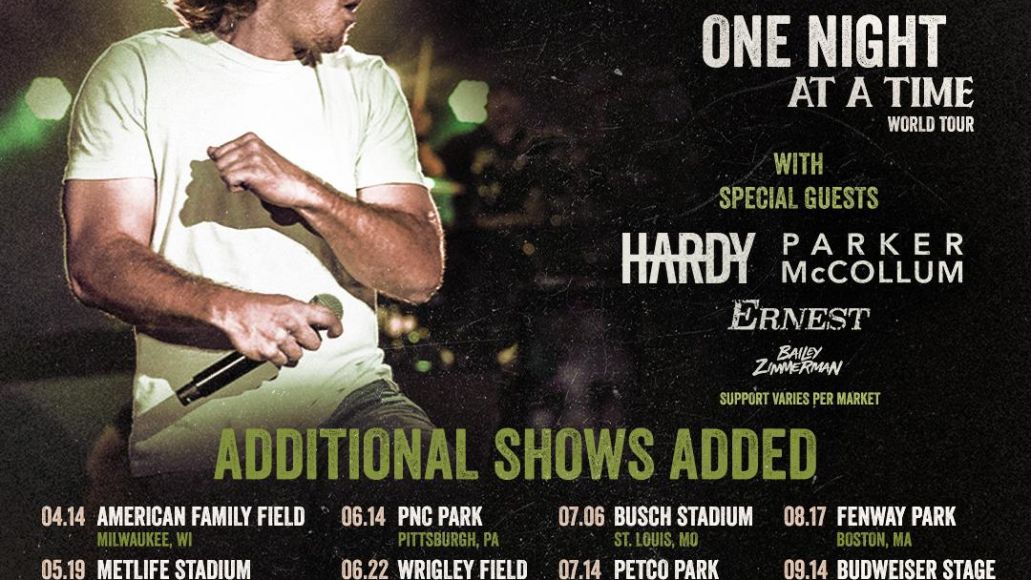