The guest list for HEROES & VILLAINS also features A$AP Rocky, the late Takeoff of Migos, Gunna, Young Nudy, John Legend, and more. The album was initially slated for November 4th, but was pushed back a month due to sample clearance issues.

It arrives after an engaging rollout in which Metro teased the project with a short film narrated by Morgan Freeman and revealed featured artists by sharing custom-designed comic book covers on social media. The cover artwork appears to be influenced by Pink Floyd’s 1975 LP Wish You Were Here.

All-star projects can often feel bloated and slapped together, but HEROES & VILLAINS is tied together with seamless production and track sequencing. It demonstrates a knack for cohesive vision that the St. Louis producer has previously shown on his solo debut, NOT ALL HEROES WEAR CAPES, as well as collaborative albums like Savage Mode II. 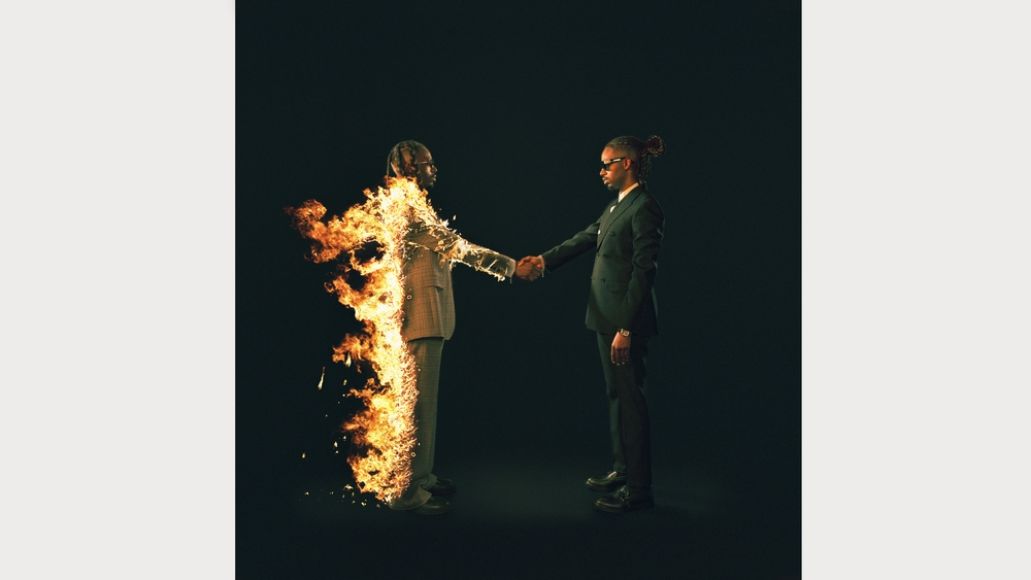