The Pitch: “In 2012, a man named Paul T. Goldman tweeted at me,” is how director Jason Woliner (Borat Subsequent Moviefilm, Nathan for You) begins a note to the press about his new Peacock series. “He said that he had an incredible story to tell and had written a book – and a screenplay – about it. He asked for my help bringing it to the screen.”

Ten years later, Woliner has done exactly that — though the form this story has taken probably wasn’t what Paul T. Goldman anticipated. Instead, the series is less a shocking tale of sex and crime and more a fascinating portrait of a man and his ambitions: his desire for fame, for revenge, or maybe just being seen. And seen he is, through a lens that is alternately dark, strange, bizarre, and, more often than not, very funny.

Pieces of a Man: In trying to explain Paul T. Goldman, let’s start with the footage that makes up the episodes, a blend of reality and fiction that leans into Woliner’s background in experimental comedy projects. Each episode features direct interviews with Goldman about his life, specifically the circumstances which led him to realize that he was being scammed by his second wife (known as Audrey for the sake of the series; her real name is bleeped out for legal reasons) — a revelation which unlocked a whole dark web of additional secrets.

But then we also see Goldman’s version of these events through dramatic scenes that are directed by Woliner but written by and starring Goldman himself — and the series frequently ducks out of those moments of constructed narrative to reveal what’s happening behind the scenes of their making.

For the reenactments, Woliner has accumulated an impressive cast that includes Frank Grillo, Rosanna Arquette, W. Earl Brown, Melinda McGraw, and Dennis Haysbert, and some of the most electric moments early in the series are found in watching their interactions with Goldman between takes. For on a surface level, Goldman comes off as “a middle-aged, nebbishy guy” (to use Woliner’s description from the author’s note), someone you might have no recollection of waiting in line behind at the bank. But his friendly charm warms up his more famous co-stars incredibly quickly, especially the women.

And that’s notable because Goldman’s approach to writing the female characters featured in his story is… Lacking in nuance, is one way of putting it. While the series reveals that he has a pretty deep inner life, Goldman’s imagination has limits, mostly defined by the sort of storylines you’d find in direct-to-home-video erotic thrillers. And as Goldman’s relationships with women haven’t been the greatest in real life, there’s more than a little vengeance in his writing as a result — something which the show does not flinch away from putting on screen, enhancing the complicated portrait of a man at the center of this piece. 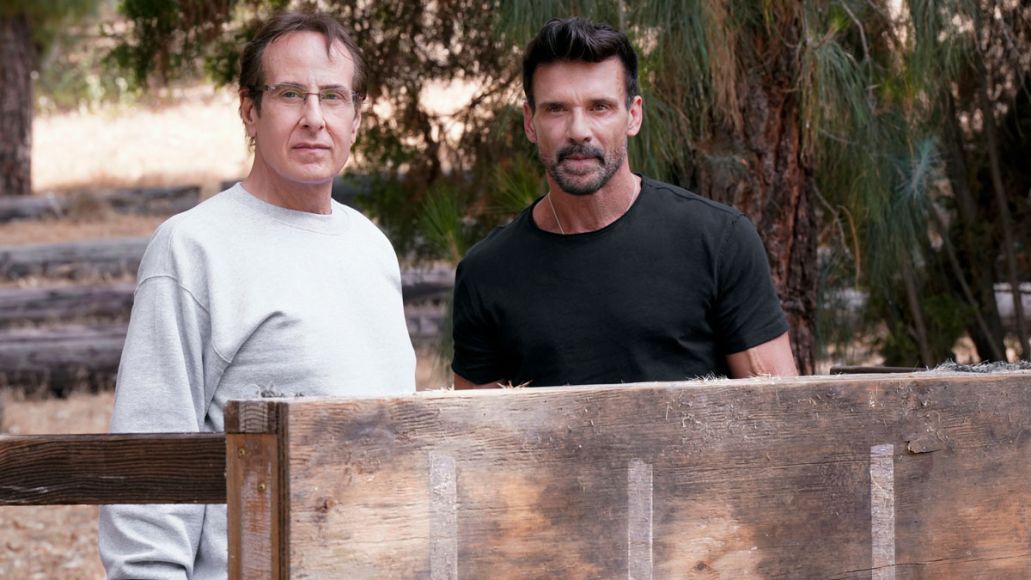