The Peach Music Festival has unveiled its 2023 lineup headlined by Tedeschi Trucks Band, Goose, My Morning Jacket, and Ween.

Tickets to The Peach Music Festival — including general admission and VIP passes — are on sale now through the festival’s website. 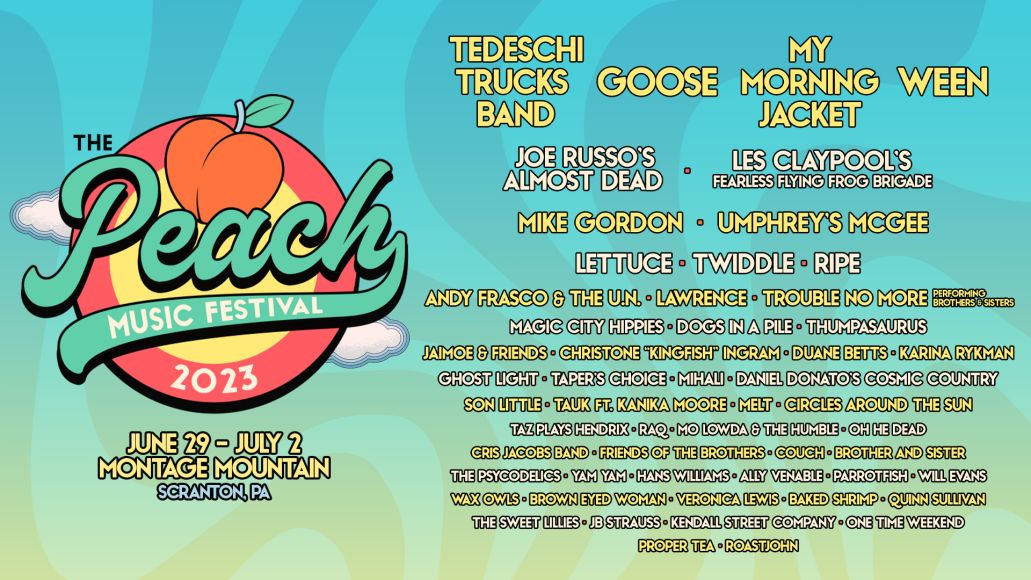