The 1990s were a golden era for bands touring Japan. The yen was strong against the dollar, and everyone from Nirvana and Smashing Pumpkins to Bikini Kill and bands on small labels like Huggy Bear played to enthusiastic crowds, but the Pixies broke up before they ever got a chance to play a single show in Japan.

For years, fans lamented the fact that they had never seen the band perform live. The Pixies joined Elvis Presley, The Doors, Grateful Dead, Aretha Franklin, The Smiths and Galaxie 500 on the sacred list of the greatest artists who had never performed in Japan.

Thankfully, for fans in Japan, the band reunited and performed at the 2004 Fuji Rock Festival. A tour of Japan followed in 2005, with a stop in Osaka, but since then, the only way to see the Pixies had been at Summer Sonic festivals in Tokyo and Osaka in 2014 and 2017, respectively.

Fans were ecstatic when it was announced that the Pixies would headline their own tour of Japan in February 2020, and tickets were quickly snapped up, but the band never made it to Japan due to unforeseen circumstances beyond their control. Finally, after a nearly three-year wait, the Pixies made their way to Japan to kick off a brief tour on November 24th at Osaka’s Big Cat.

“We were supposed to play here two years ago,” guitarist Joey Santiago told Consequence backstage, where he had just arrived following a visit to Osaka Castle. “But COVID was spreading and we had to cancel our tour. So it’s really great to be back in Japan.”

Big Cat is located on the 4th floor of Big Step, a shopping mall in Amemura (“America village”), an area known for its youth culture, similar to Harajuku in Tokyo. In the late 1960s, shops selling imported American clothing, including rock T-shirts, gave rise to the neighborhood’s name. In addition to clothing shops, many featuring the latest hip-hop fashion, there are tattoo parlors, punk rock live houses, and a nice selection of record shops selling rarities. If you’re trying to find Amemura, look for the replica of the Statue of Liberty on the roof of an apartment building.

It was 5:30 p.m. on a Thursday, and a line of fans, some barely out of high school and others well into their fifties, had formed on a staircase near the ticket booth. Big Cat, which is nearly half the size of the larger venues the Pixies were scheduled to play in Tokyo and Yokohama later in the week, is a venue where artists such as Cat Power and Dinosaur Jr have performed intimate shows for diehard fans. The intimate 800-capacity space was completely sold out for the Pixies gig.

The lights dimmed to the opening strains of German rock band Die Arbeit’s “A Young and Joyful Bandit.” There was no opening act, and the audience was buzzing with anticipation, and cheered loudly as the members of the band took the stage. Pixies launched into a ferocious rendition of “Gouge Away” that electrified the audience. Osaka is a rock ‘n’ roll town that has been starved for live music and the crowd couldn’t get enough of the succession of songs that follow: “Wave of Mutilation”, the Jesus and Mary Chain cover “Head On,” “Broken Face” and “Caribou.”

Black Francis was in top form. I read that he took singing lessons to protect his vocal cords, and was really impressed by the range of his vocal ability, especially on the songs from the band’s new album Doggerel that he performed in a lower register. Have you ever been to a concert and heard a new song and immediately fell in love with it? The band launches into “The Lord Has Come Back Today, ” which starts off with the lines. “Today is the day/ When we are closest to the sun/ And everyone is invited/ But tomorrow will come/ In this we are united.” These lyrics described how I was feeling at the moment, listening to that song, united in the same space, enjoying the moment with several hundred other fans, many of whom were singing along.

Then Black Francis slayed me by singing: “Favorite line from a song that’ll take you back/ Out of the blue into the black.” Chills, man. It was something of an honor to witness the Pixies perform three more outstanding cuts from Doggerel for the first time in Japan: “There’s a Moon On,” “Whose More Sorry Now?”and “Vault of Heaven.”

At the show, I had a nice chat with a Pixies super fan named Mitsu who has known Black Francis since he saw Frank Black and The Catholics tour Japan in the ’90s. He told me that all of the members of Pixies are very interested in Japan. In fact, Black Francis has a keen interest in rakugo, Japanese comic storytelling. He and Mitsu attended a four hour performance of rakugo performer Suzukaze Kingyo in 2017. The storyteller commented on Twitter that the Pixies singer spoke excellent Japanese when he met him. Who knew?

The Pixies rehearse 90-100 songs for each tour and can perform any song “at the drop of a hat.” After they played “All the Saints” from Head Carrier, I realized the band had cranked out 20 songs in a row without pausing. I had no idea the band was just getting started — they would play another 21 songs before the night was done. I also enjoyed hearing “Classic Masher” “Human Crime,” and “Blown Away,” a song from Bossanova that the band has played live infrequently since it was released in 1990.

Other standouts of the two hour set were “Hey,” “Dead,” “Tame,” “Here Comes Your Man,” “Velouria,” and “Cactus,” all of which featured stunning guitar work from Joey Santiago. Seeing the guitarist play these “bent and angular” guitar parts live adds a whole new dimension to their music — how does he make it look so easy onstage?

David Bowie called Santiago “underrated” and capable of supplying “extraordinary texture” to songs. When speaking with Santiago, I asked him what it was like receiving praise from one of his heroes. “The Thin White Duke!,” Santiago exclaimed with a smile. “Man, that feels really, good. Nothing could top that one!”

Santiago also had high praise for Cars guitarist Elliot Easton. “In my world he’s highly regarded, but out there, I suppose he often gets overlooked [as one of the greats]. You know, me and Charles [Black Francis] were really influenced by The Cars.

I also brought up a tweet he sent to Filipino-American comedian asking for a cameo in a television project (“Hate to bring it up but I changed the sound of rock and roll and I’m Filipino”). Did Koy ever respond? “No, he has not!,” said Santiago with a laugh. “I think it would be pretty silly. I don’t have any acting experience.”

The guitarist moved from The Philippines to Yonkers, New York, when he was around eight, but returned to the country several years ago on a humanitarian mission with drummer David Lovering. Did he get the VIP homecoming treatment? “No,” replies Santiago. “I only ever get recognized when I’m playing a show in town. That’s it.”

Santiago said that he didn’t have time to go to record stores or shop for guitars while in Japan but he did visit a pachinko parlor in Tokyo. “I just went inside to listen to the sounds. It was amazing.”

Pixies’ Black Francis Talks New Album Doggerel, Why The Velvet Underground and Grateful Dead Are Similar, and Much More

It was an absolute pleasure to witness the new energy that Paz Lenchantin brings to the band, and the audience adored her. Before joining the Pixies, Lenchantin developed a following in Japan while performing with A Perfect Circle and Zwan, and she toured Japan as a solo artist in 2013. Misa, the bassist of heavy metal sensations Band-Maid, recently stated that Paz Lenchantin is her idol and role model.

According to her Instagram, Lenchantin arrived in Japan a week before the rest of the band. She went to Kyoto and participated in a tea ceremony while dressed in a traditional kimono. The bassist also visited a local bar where the owner showed off his impressive kendama skills.

Toward the end of the set, the audience erupted when the band played “Where is My Mind?” I liked how they just played it nonchalantly after “Wave of Mutilation (UK Surf Mix),” instead of leaving the stage and saving it for an encore. I thought the show would end there, but the band played two more songs: “La La Love You,” with soulful vocals by Lovering, and an enjoyable cover of Neil Young’s “Winterlong.”

In appreciation of their Osaka fans, the band took three bows. Santiago doffed his hat, Lenchantin waved both hands affectionately in Japanese style, and Lovering enthusiastically gave a thumbs up. Francis, meanwhile, offered a 900 watt Jack Nicholson smile. The audience wanted more, but it would’ve been a crime against humanity to ask for another song. The houselights were turned on, and the crowd began to file out of the venue, knowing they had witnessed something special. Tomorrow will come. In this we are united.

Photo Gallery – Pixies at Big Cat in Osaka, Japan (click to expand and scroll through): 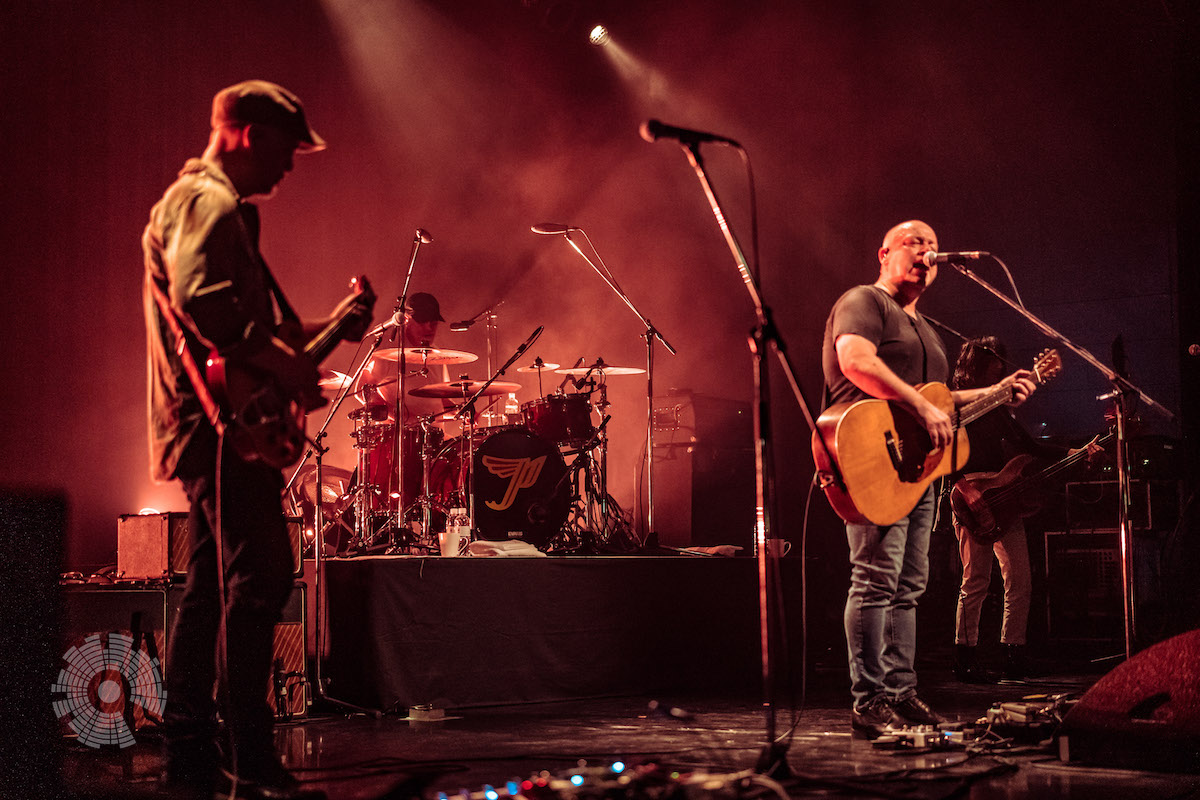 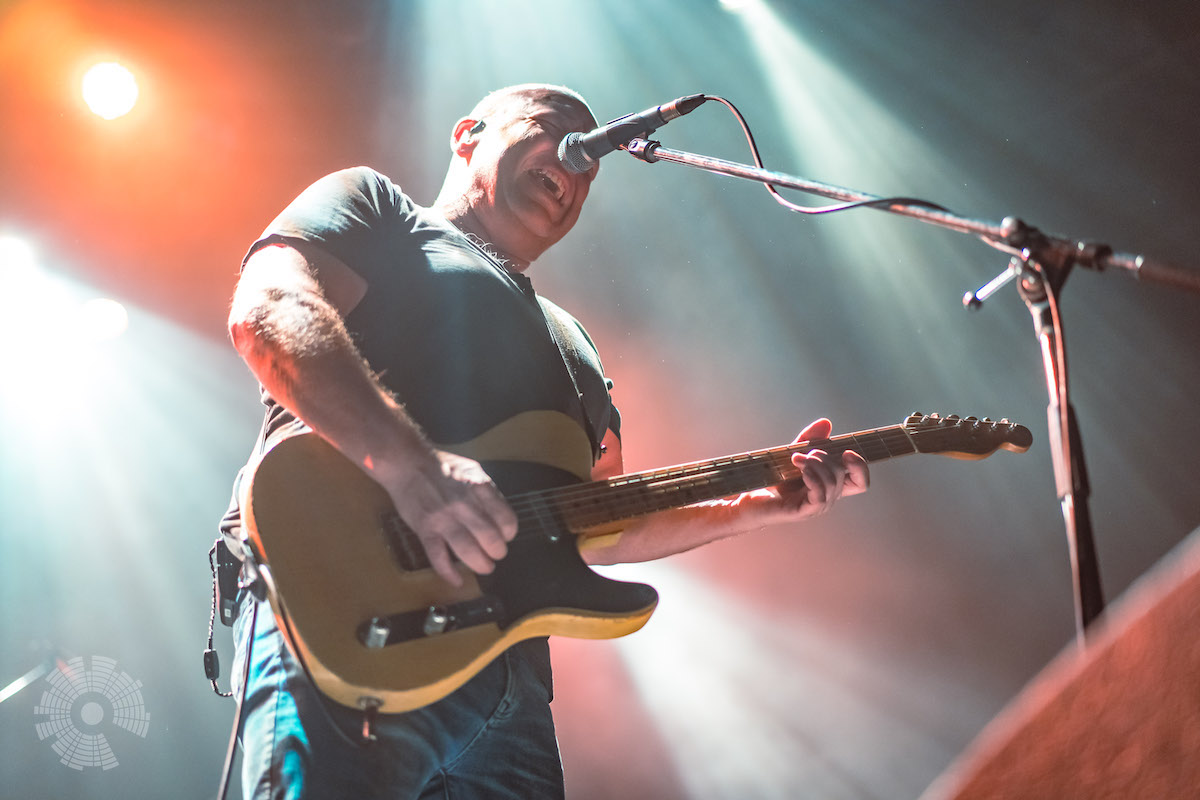 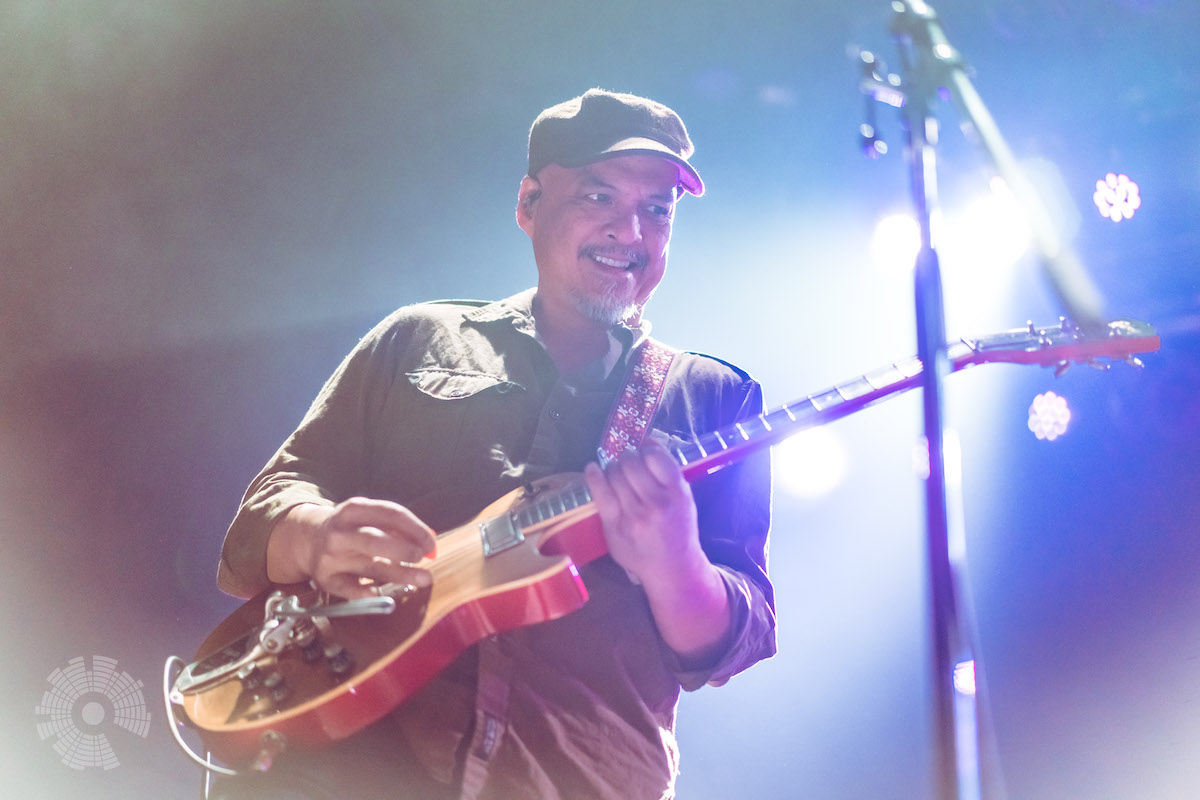 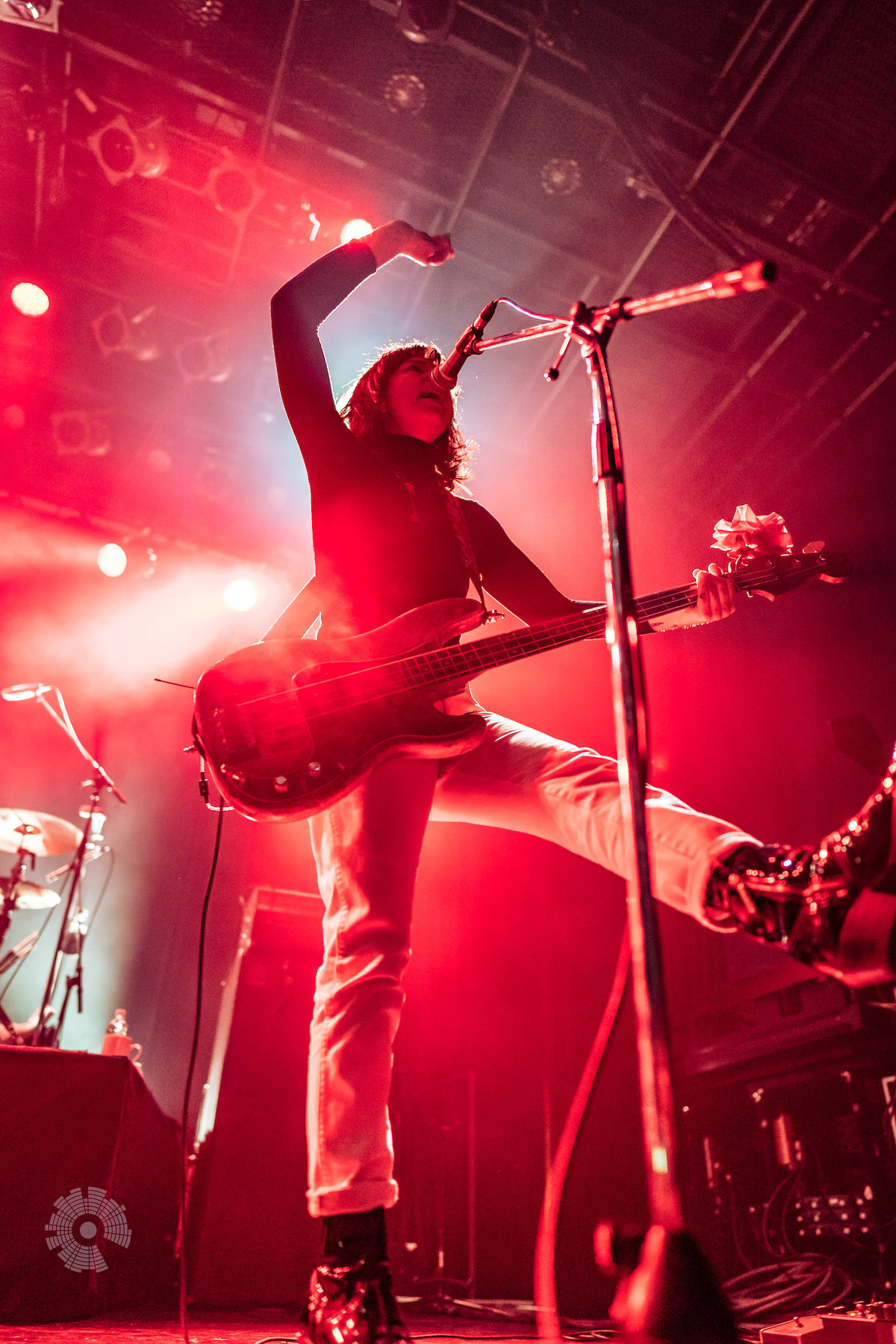 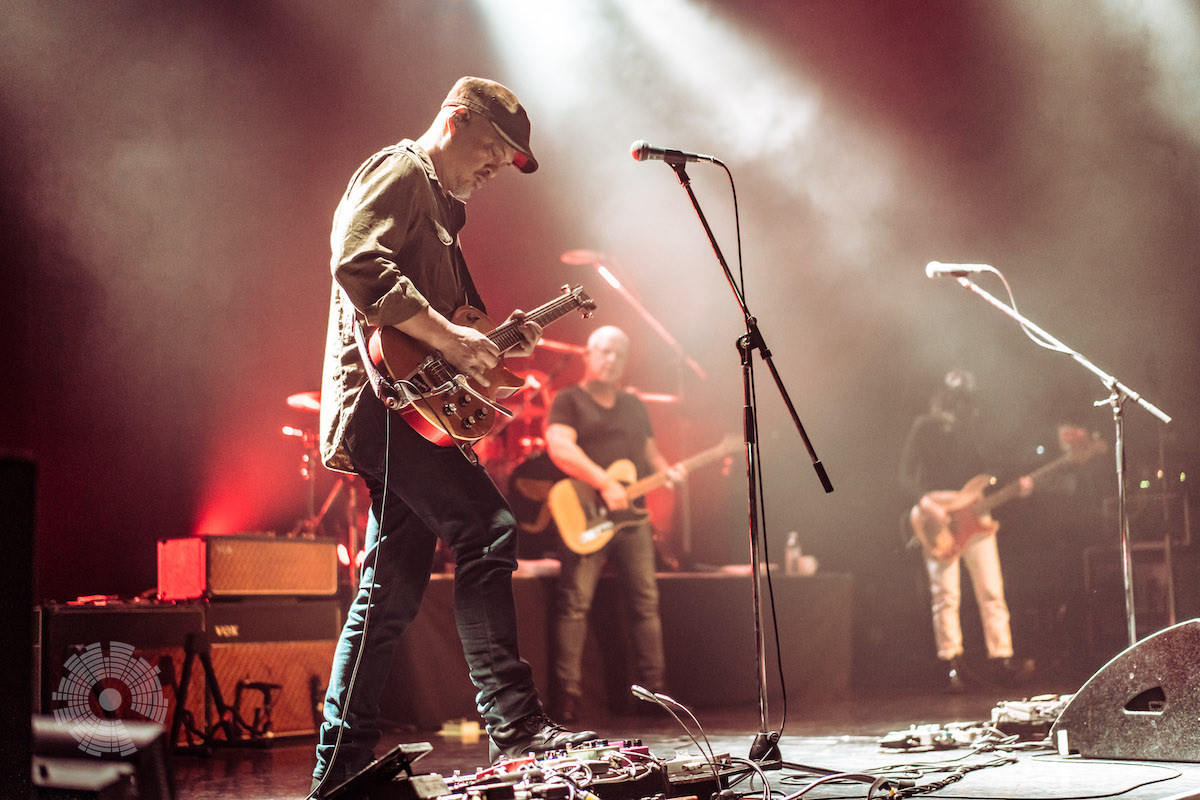 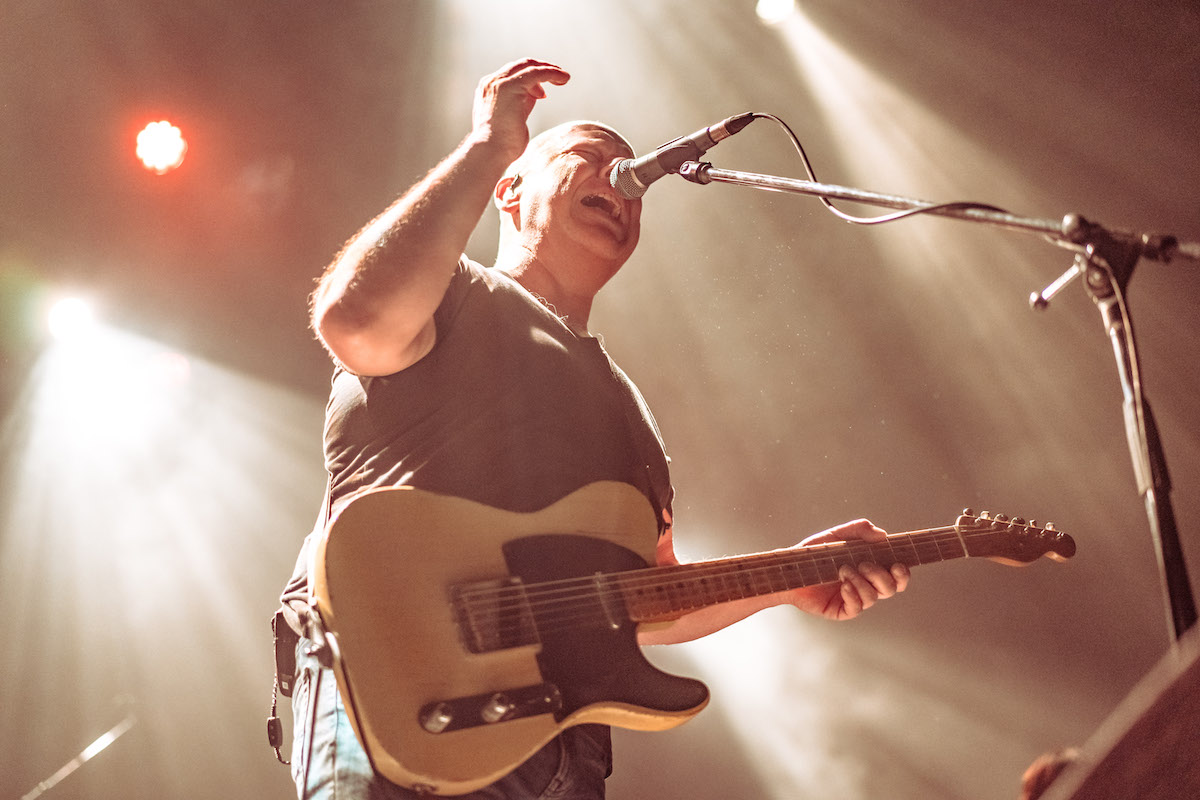 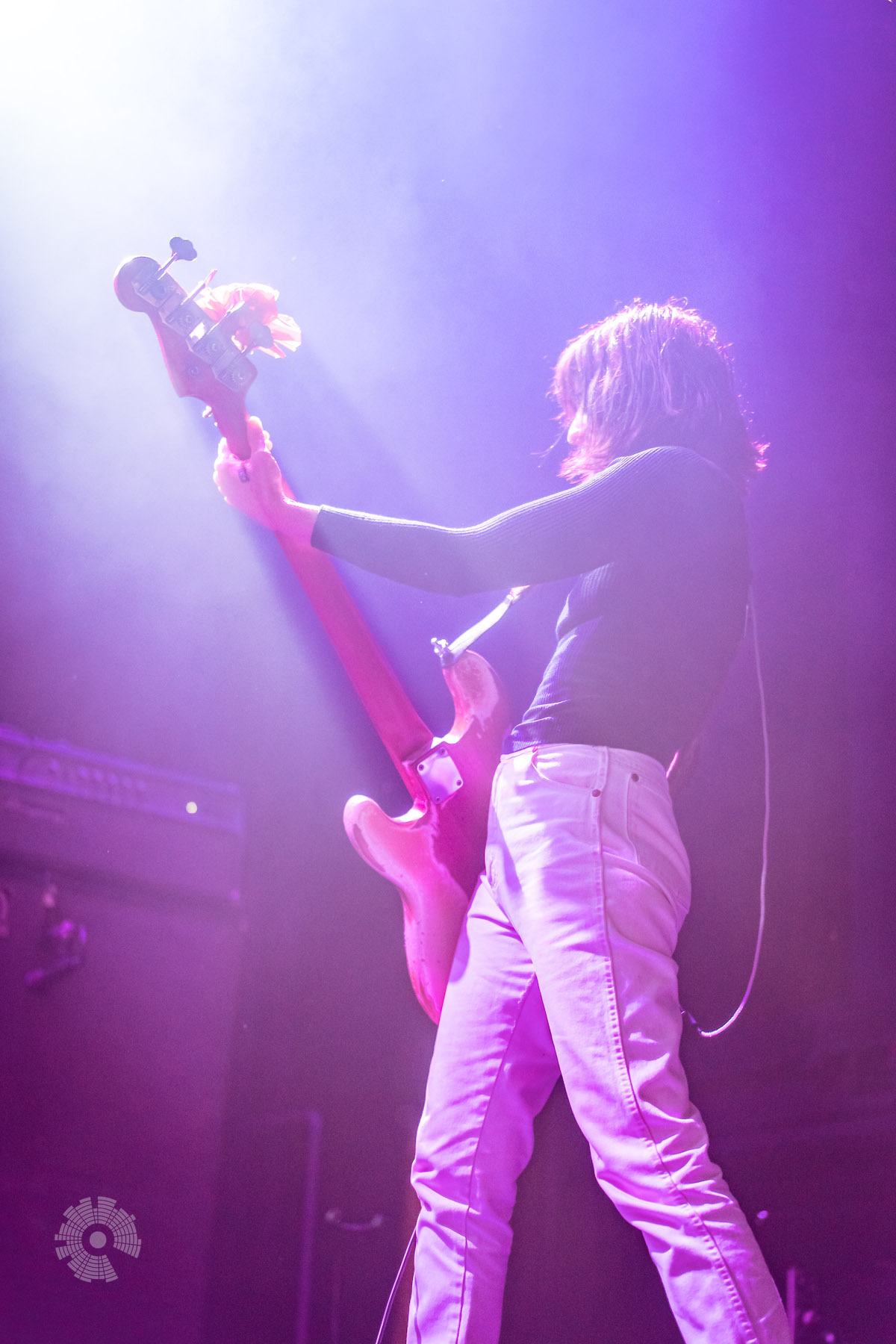 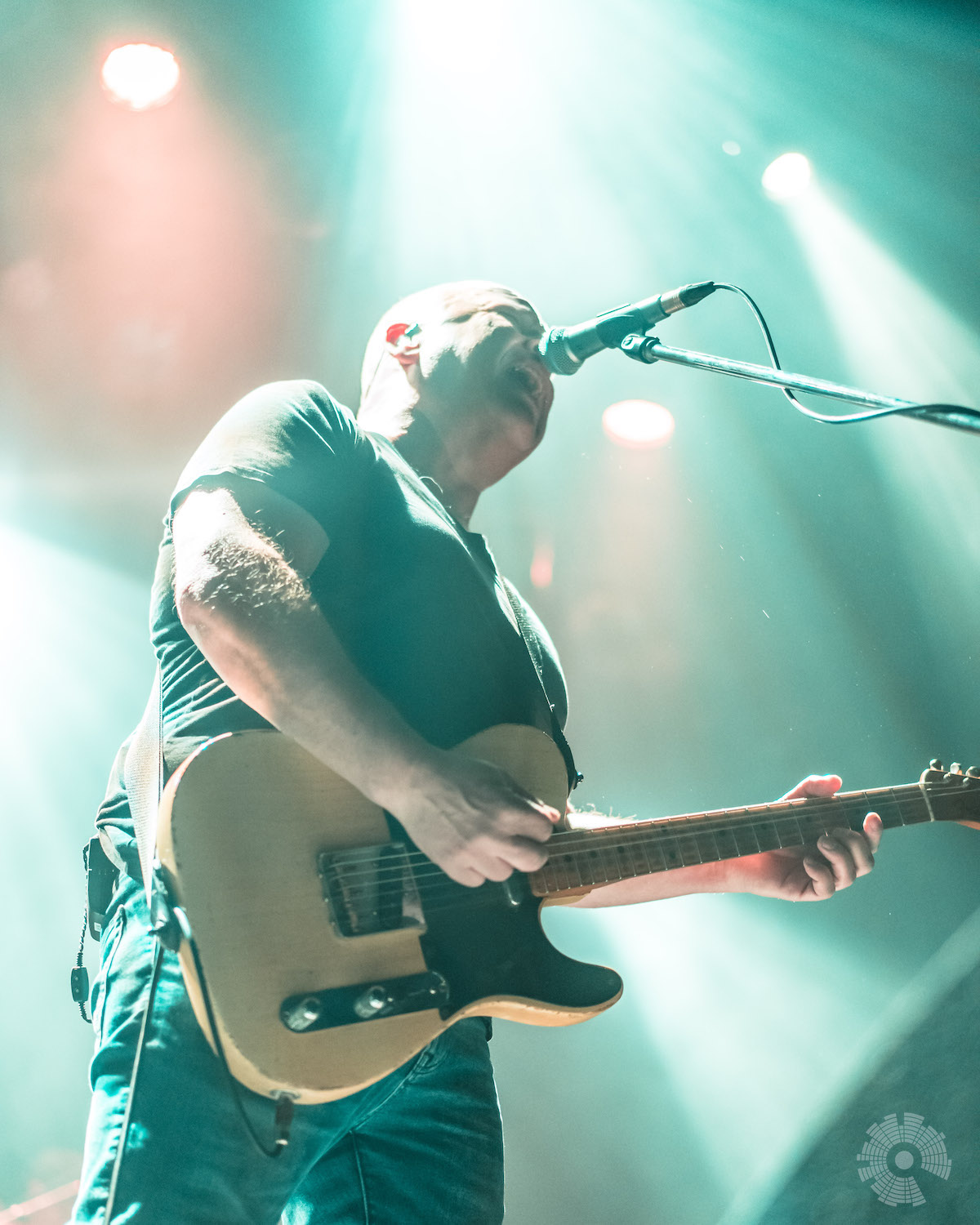 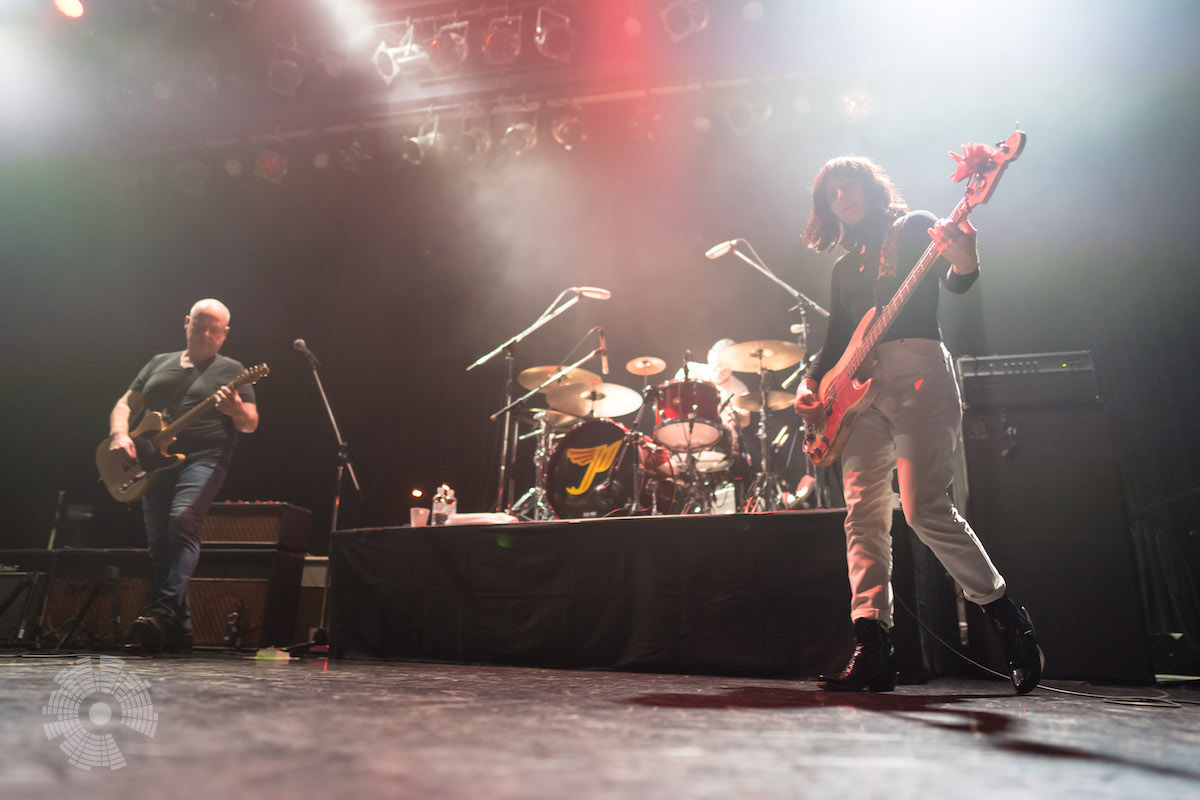 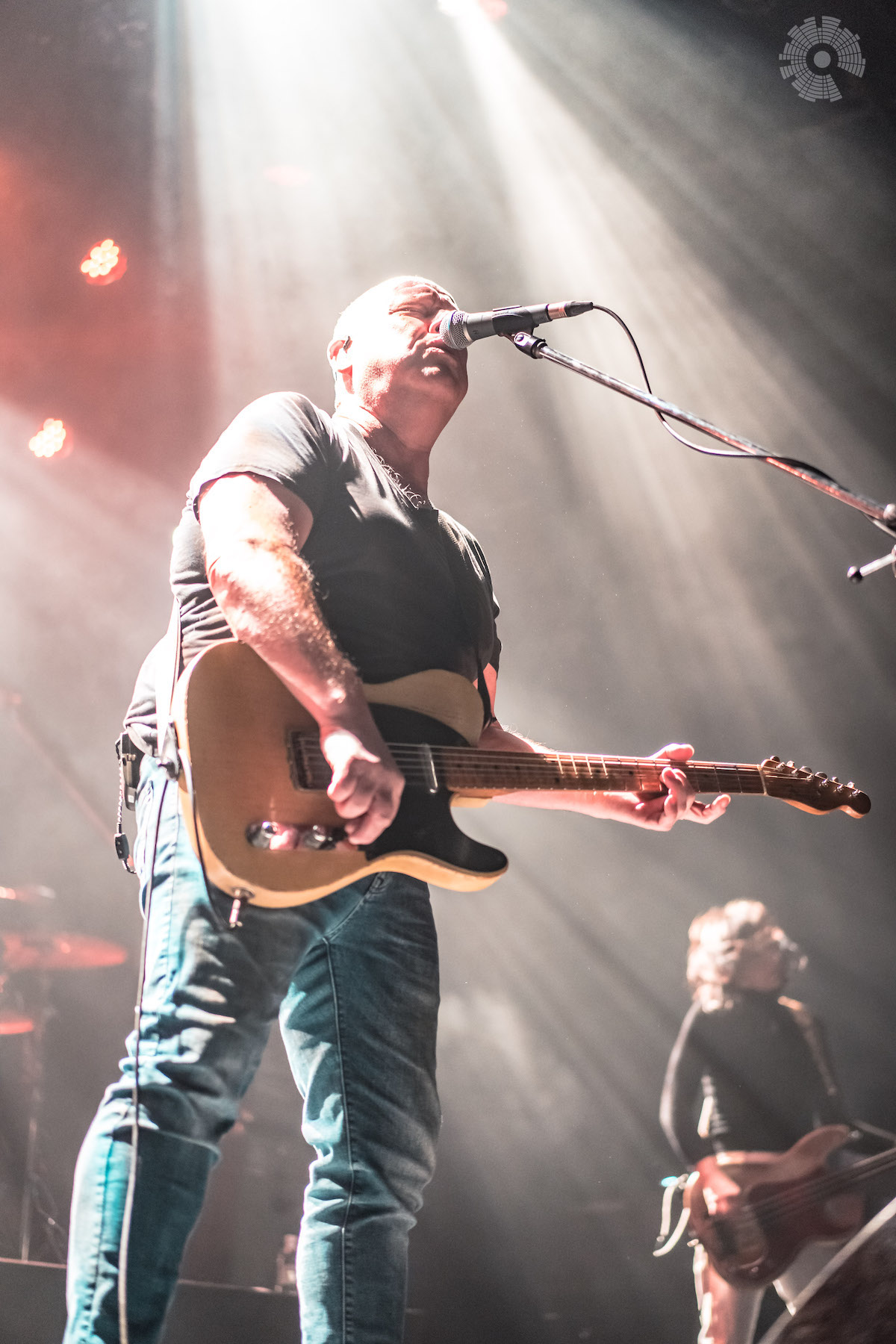 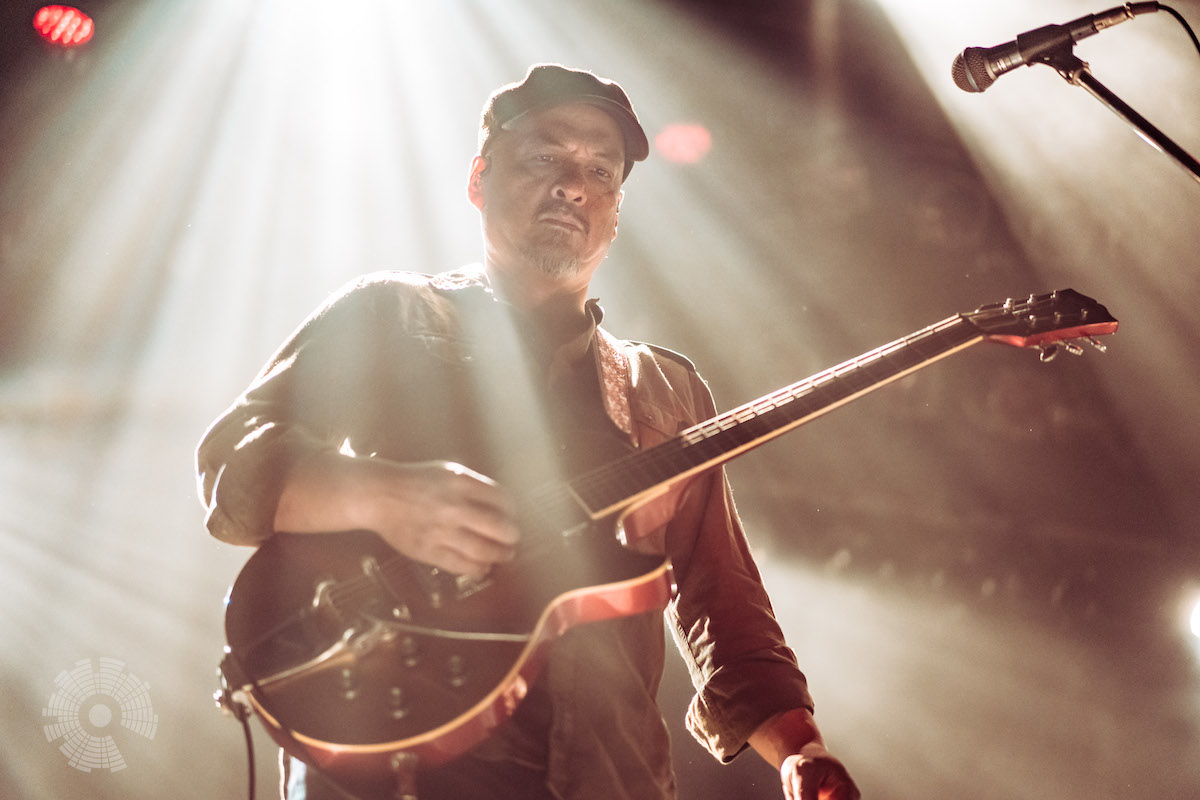 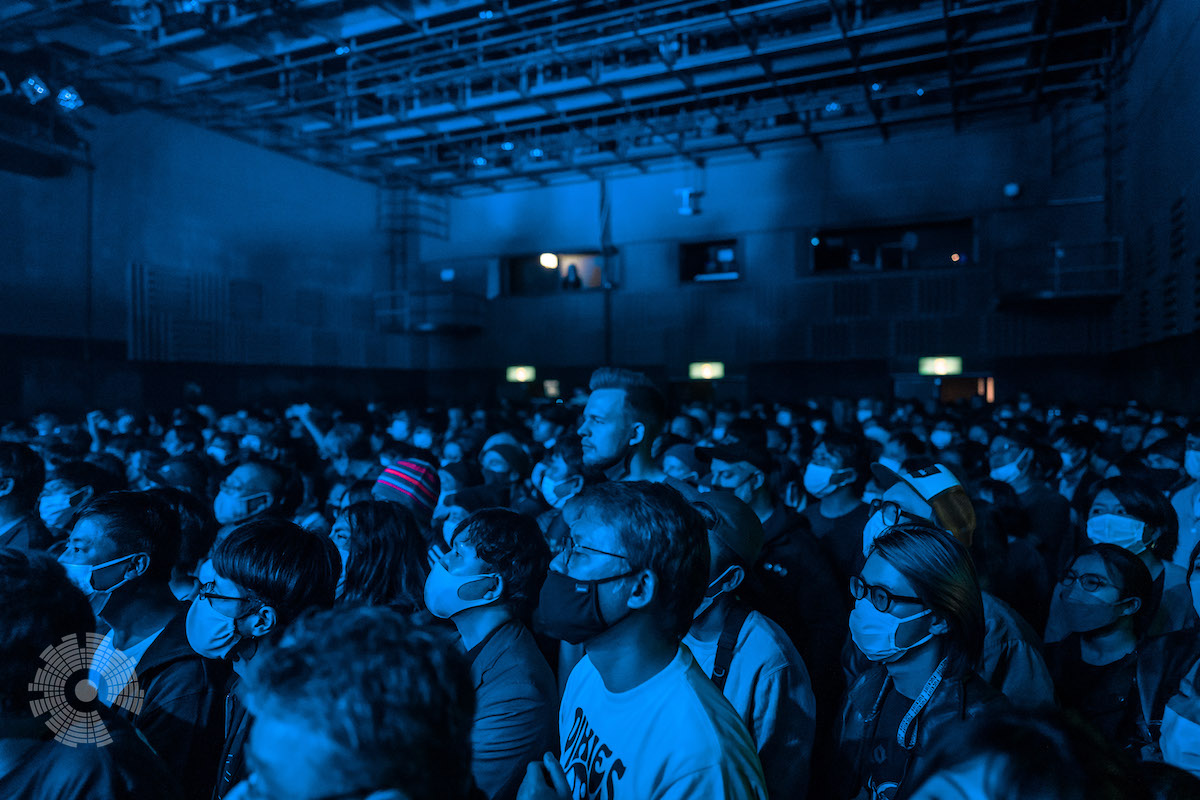 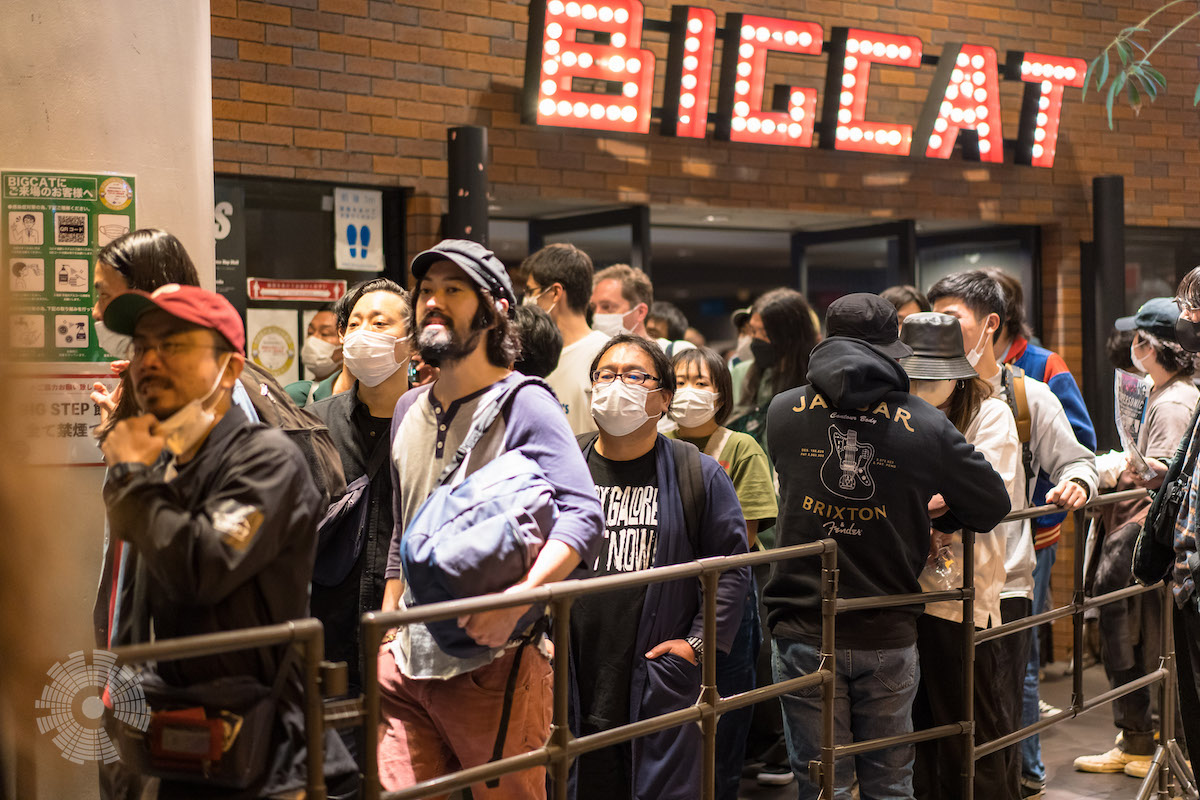 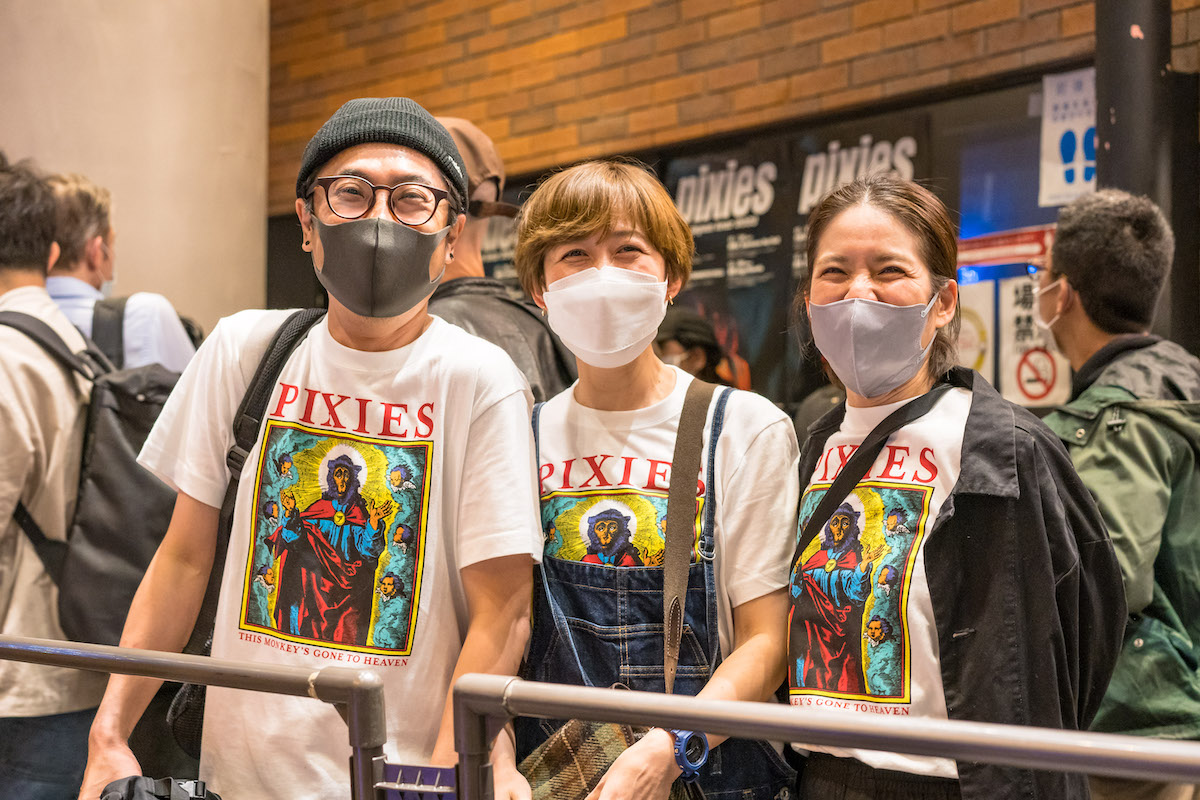 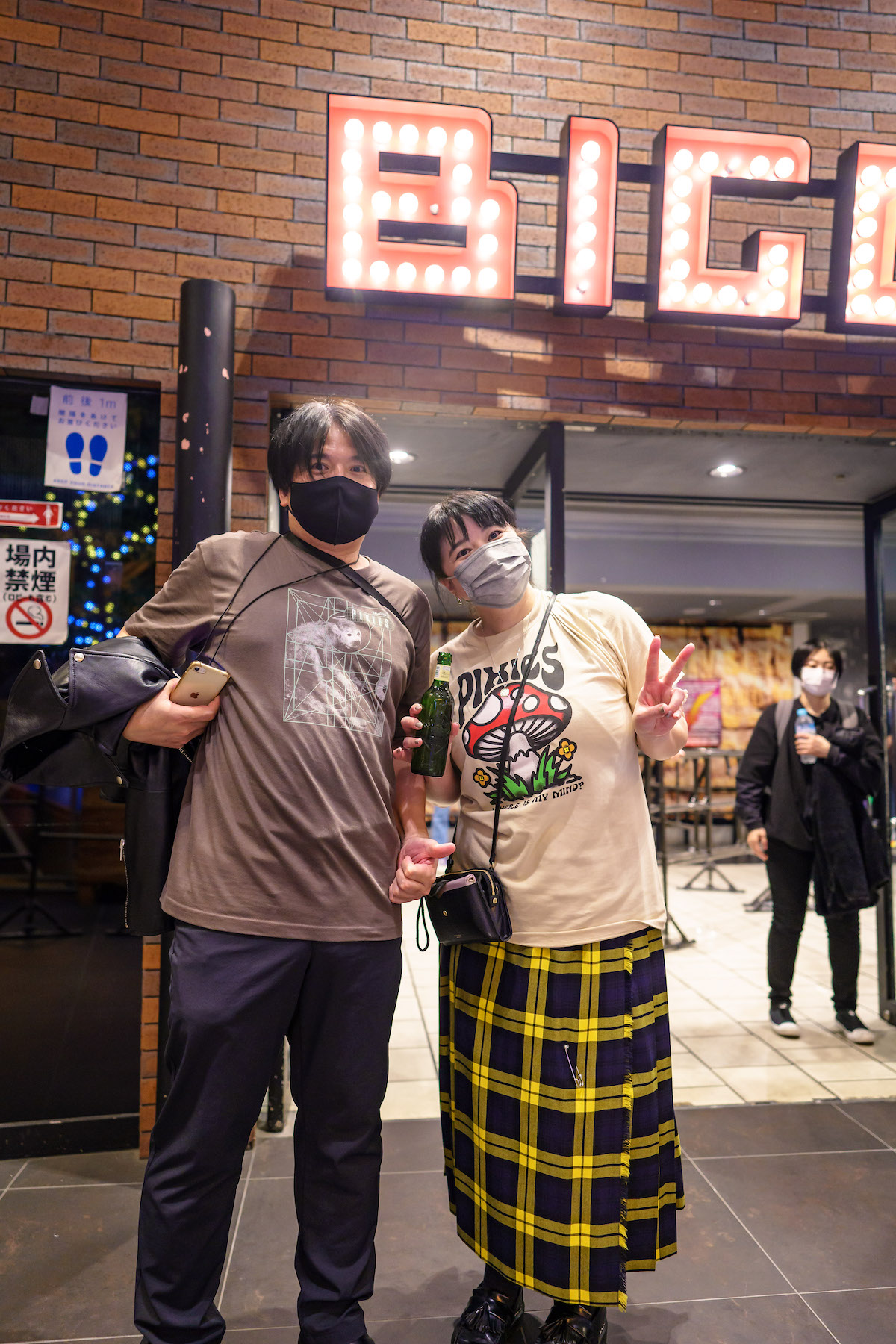 Setlist:
Gouge Away
Wave of Mutilation
Head On
Broken Face
Caribou
There’s a Moon On
The Lord Has Come Back Today
Who’s More Sorry Now?
Vault of Heaven
Planet of Sound
Cactus
Break My Body
All the Saints
Here Comes Your Man
Ana
Mr. Grieves
Nimrod’s Son
Blown Away
The Holiday Song
All the Saints
Motorway to Roswell
Cecilia Ann
St. Nazaire
Classic Masher
Monkey Gone to Heaven
Human Crime
Something Against You
Isla de Encanta
I Bleed
Crackity Jones
No. 13 Baby
There Goes My Gun
Dead
Tame
Hey
Brick Is Red
Velouria
Wave of Mutilation (UK Surf)
Where Is My Mind?
La La Love You
Winterlong

When We Were Young 2022 Photo Gallery: See Portraits of Pierce The Veil, Nessa Barrett, Atreyu, and More