Our 2022 Annual Report continues with the announcement of Amber Midthunder as our Film Performer of the Year for her role in Prey. As the year winds down, stay tuned for more awards, lists, and articles about the best music, film, and TV of 2022. You can find it all in one place here.

When asked how it felt to see her breakout film Prey so warmly received by sci-fi fans and critics alike, Amber Midthunder mentions a third group she was more proud of connecting with: “What I think of is obviously Indigenous communities, because that was such a big deal to me, how that would be received and what that was representing.”

She’s right, of course. There’s plenty to be said about what’s easily the best Predator film since the 1987 original in regards to the great action, intimate storytelling, and unique setting. But for millions of Indigenous people across North America, it’s that latter element that makes the movie such a marvelous success.

Set in the Northern Great Plains in 1719, the movie centers around a Comanche would-be hunter named Naru (Midthunder) who must protect her tribe from being victims of a Predator’s hunt. In a different Hollywood era, such a concept may not have worked — or even been attempted. Indigenous representation in cinema and the culture at large hasn’t been historically flattering, instead falling back — often lazily and harmfully — on caricature-like tropes. Turning those tides takes a deep commitment to respect and accuracy, and it starts with casting someone like Midthunder.

“I come from a plains people. I am Lakota, Nakoda, and Dakota. I was raised with my culture. I was raised with my language in my house,” Midthunder, a member of the Assiniboine and Sioux Nations, says. “I wake up every day being Indigenous and I don’t get to choose anything else, and I wouldn’t want to. So I know what it is to have that in your blood.”

She’s being as literal as possible. Her great-great-great-grandmother’s name translates to Chief Woman, a name earned by literally leading men into battle. That fact made Midthunder’s connection to Naru more powerful than any role she’d ever had. “This went beyond caring about my craft or my career or anything singular. Every single day that I came to work, it belonged to so much more than me.” 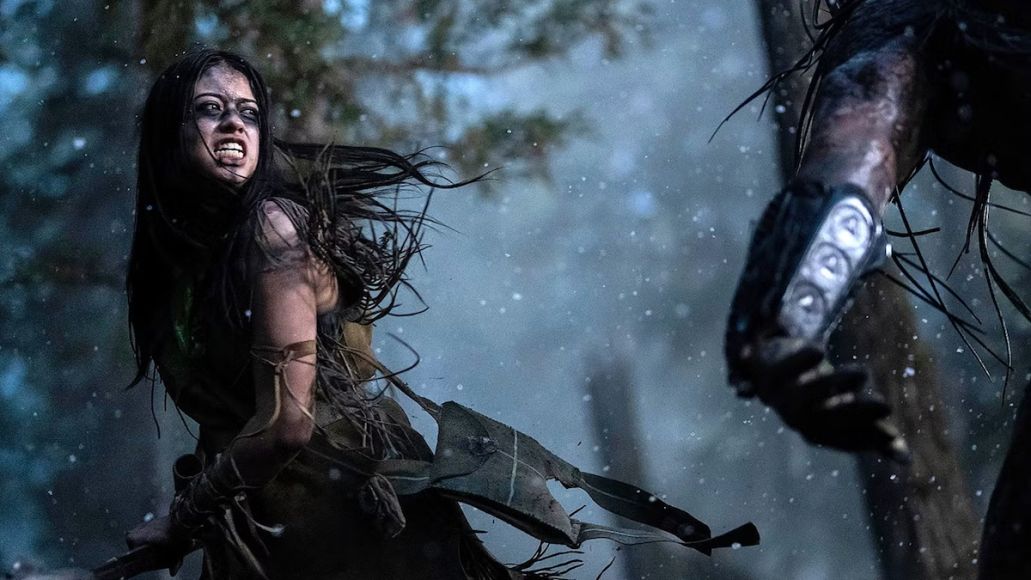 Again, this is a Predator movie we’re talking about. At its most basic, it’s a movie about an alien hunter coming to kill a bunch of things, and the one human who’s smart and skilled enough to stop him. What makes truly great sci-fi, however, is when the story underneath the plot has substance, and when those telling the tale understand the material enough to translate that weight. Given Midthunder’s lived experience, it’s clear how she was able to give Naru such depth.