Samuel L. Jackson is far, far more than a series of memes. It’s a fact worth remembering as time goes on, and the actor’s most iconic performances have become inexorably linked to “say what again” image macros and a great many jokes about motherfuckin’ snakes on motherfuckin’ planes.

But there’s so much more to the venerable performer than younger audiences may realize and perhaps even more than Pulp Fiction enthusiasts do either. Over a staggering 178 onscreen appearances since 1972 (and with nine more on the way, at various stages of production), Jackson has carved out a distinct niche as an untouchable tough guy with a disarming humor about himself.

Even then, though, this description hardly includes some of his most distinguished work, full of quiet and thunderous fury, moments of gentleness colliding with abject menace from film to film. There’s a humanity to even some of Jackson’s most paycheck-friendly work that gets left behind in more simplistic readings of his oeuvre, and it’s that must-see quality in every role that’s kept the prolific actor at the forefront of the industry for decades.

As he returns to theaters this weekend as John Shaft (Right on!), we’ve dug through the actor’s many credits to highlight some of the standout turns, the ones that elevated good films to great and great films to iconic status. It’s an eclectic mix of heroes and villains, with all manner of morally complicated or wayward figures along the way. And those are just the Tarantino performances. Without further ado, please enjoy our list of Samuel L. Jackson’s 10 best performances, none of which took place in the film Snakes on a Plane. 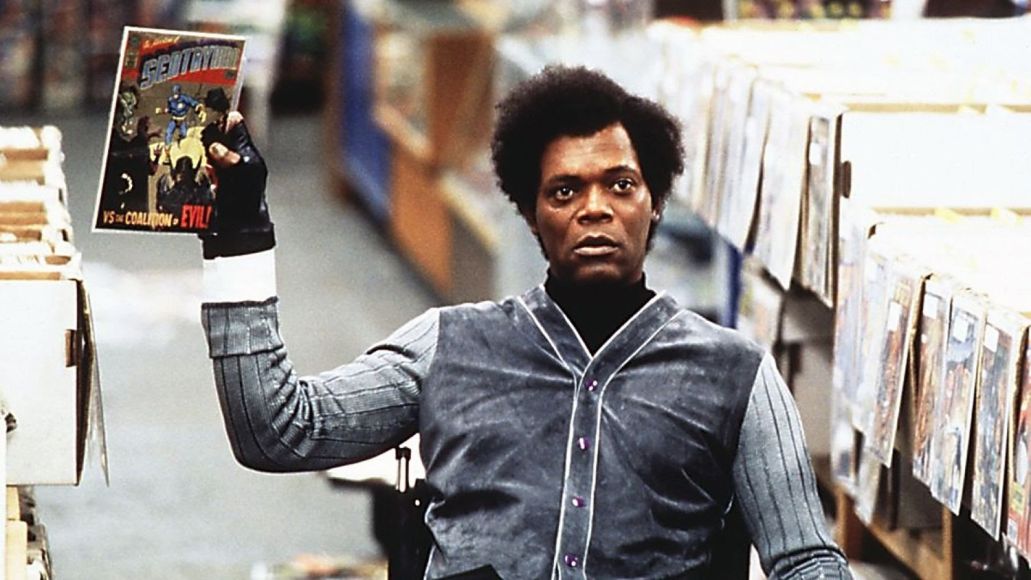 We’ll begin our list with perhaps the least Sam Jackson role of them all. Born with a rare disease that renders his bones extremely brittle, Elijah Price is about the furthest thing removed from the Bad Mother Fucker of Pulp Fiction lore (and the Jedi Master of the Star Wars prequels, for that matter). And yet, confined to a wheelchair and prone to scholarly ruminations on the subject of comic books, Jackson’s Price somehow never strikes the viewer as incongruous with the actor’s natural bravado.

Jackson has always had a flair for the dramatic, and here he capitalizes on his character’s exaggerated vulnerability to tap into a vein that doesn’t get much play elsewhere in his body of work. His penchant for delivering big, knock-out speeches also serves him well here, as M. Night Shyamalan entrusts him with the defining moment of any M. Night Shyamalan film: the reveal. Rumor has it that Jackson may reprise his role as Price (a.k.a. “Mr. Glass”) in a forthcoming sequel, in which case we won’t be surprised when he steals the show. – Collin Brennan 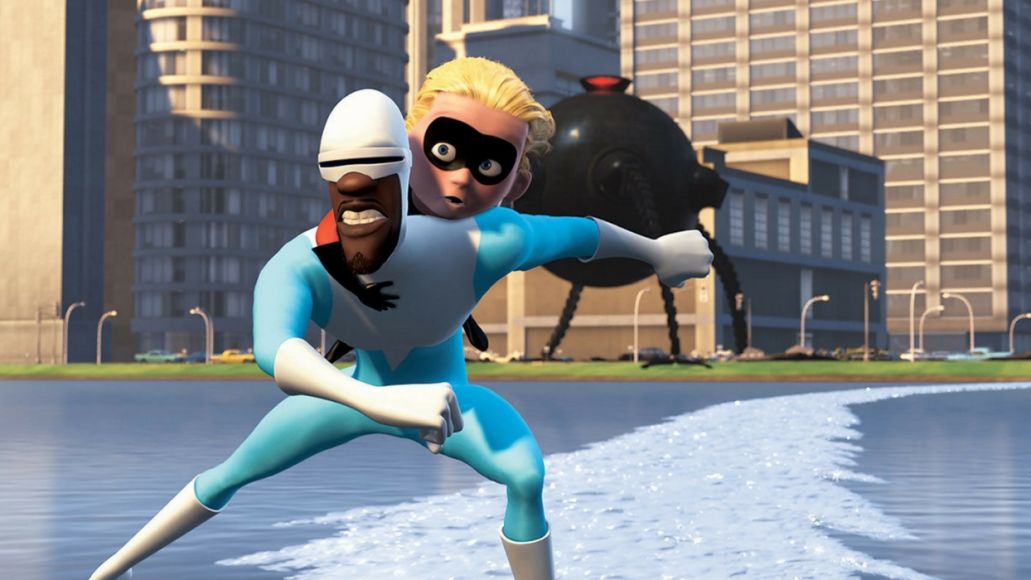 And now, for a very different kind of comic book character. The greatest joy of Pixar’s 2005 superhero tribute/send-up arguably lies in how ultimately boring superheroes are when they’re not saving the world. They bicker, they go grocery shopping, they trudge through jobs they wish they didn’t have but need to have. They’re just like the rest of us, except for how their opportunities for escape are so much cooler than our own. Most of the costumed heroes in The Incredibles could be people we know, and that’s the beauty of it.

And in the case of Mr. Incredible’s closest friend, Frozone, they’re just trying to relive the glory days and figure out where their wives left their supersuits after all these years. Jackson’s role in the film is relatively brief, but Frozone is one of the most memorable creations in a film chock-full of those because of the actor’s giddy-yet-practical delivery.

While Jackson has been known to indulge his nerdier side from time to time (Kingsman, the Star Wars prequels), here he plays the kind of superhero that you’d not only love to be around, but would follow even in a less accomplished movie. His comic timing is as perfect as the climactic sequence in which we finally get to see just how good Frozone really was, back in the glory days. — Dominick Suzanne-Mayer 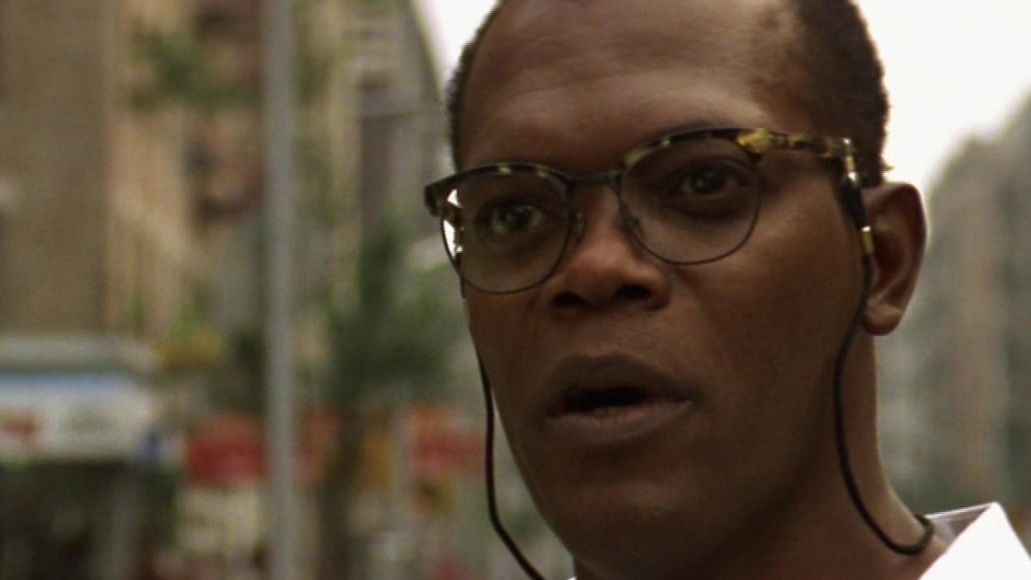 It’s rare these days that Jackson gets to play an everyday guy; his star persona has become too outsized for many of those roles to fit such a boisterous performer. But in Vengeance, debatably the last Die Hard movie of value, it’s Jackson’s take on a reluctant everyday hero that propels the preposteriously ’90s actioner forward. Zeus is the kind of sidekick who wasn’t really interested in being one; after rescuing John McClane from a cruel joke by a terrorist, he becomes the perfect foil for Bruce Willis’ exhausted, suspended lieutenant.

It’s a performance well within Jackson’s wheelhouse, albeit with a common touch that ends up being a highlight of John McTiernan’s entertaining but uneven film. Zeus is an electrician dragged into extraordinary circumstances, and not even the film’s outdated, race-baiting politics detract from how uproariously funny his repartee with Willis is. His performance is exactly what a cornball film of this nature needs: humorous, believable, and just a little bit ridiculous. And whatever you do, don’t question his name, or you can expect a strong response: “Yeah, Zeus! As in, father of Apollo? Mt. Olympus? Don’t fuck with me or I’ll shove a lightning bolt up your ass? Zeus! You got a problem with that?” – D.S.M. 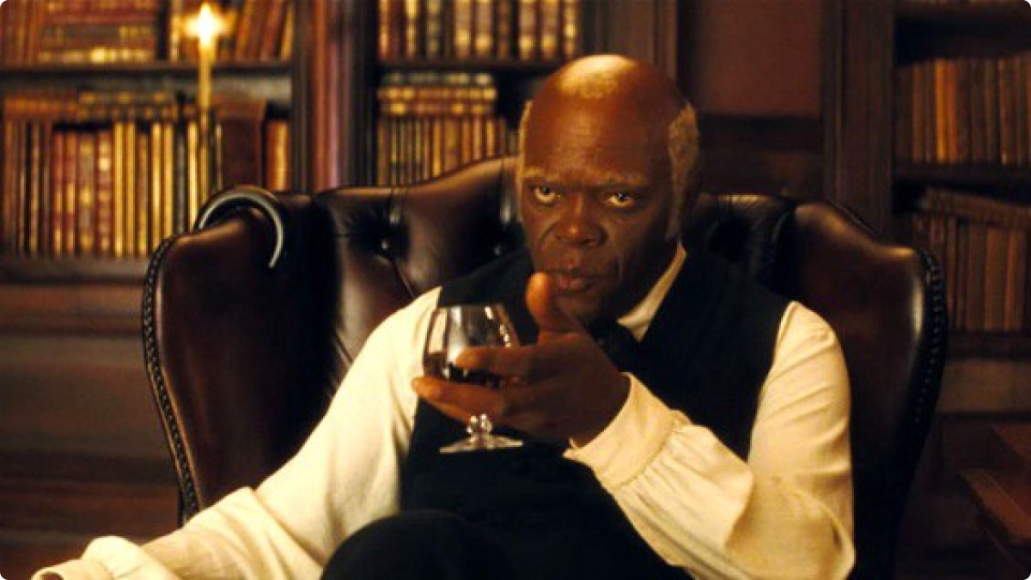 It’s no surprise that Jackson’s most controversial role — and possibly his funniest, if you can somehow look past the brutal undertones — is the fruit of his longstanding partnership with Quentin Tarantino. Jackson has described the character of Stephen as “the most despised Negro in cinematic history,” and he’s not particularly exaggerating there. A senior house slave who might be even more cruel and vindictive than his master, Stephen represents one of the most unsettling contradictions of America’s pre-Civil War South: a marginally empowered slave who’s as blind to his own blackness as he is hyper-aware of others’.

This is obviously not an easy role for a black actor to play, but Jackson deserves credit for truly digging into Stephen’s psyche and dedicating himself to the comical degree of cruelty he finds there. Though hidden by layers of makeup and prosthetics, his every expression somehow conveys all the hatred and scorn and self-loathing that his actions make apparent.

And, though troubling in a broader sense, Stephen’s unwavering devotion to his master, Calvin Candie (played by Leonardo DiCaprio), often leads to hilarious results, such as a tendency to simply repeat the last word of whatever Candie says. Stephen may be a relic and a curiosity of America’s darkest era, but in Jackson’s hands he’s also undeniably human. Regardless of whether that’s actually a good thing in this context, it’s an achievement of acting that’s worth celebrating. – C.B. 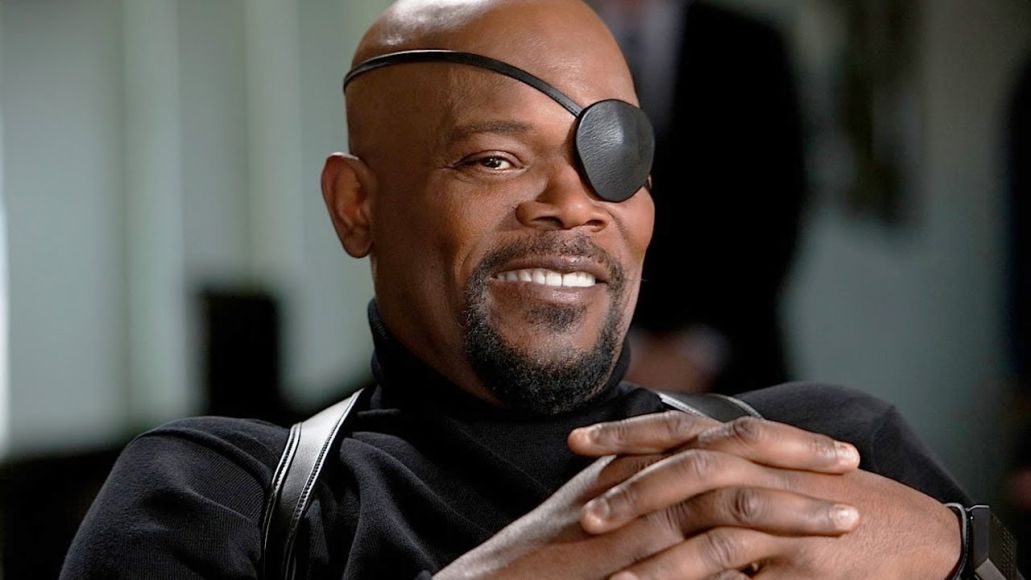 Jackson’s success as S.H.I.E.L.D. general Nick Fury actually began before his first appearance in the Marvel Cinematic Universe. In 2002’s The Ultimates, Marvel debuted a redesigned version of Fury that looked and acted a hell of a lot like Jackson, but it wasn’t until 2010’s Iron Man 2 that the actor made the role his own.

Since then, Jackson’s Fury has become a fixture of the MCU, consistently coming across as the dominant presence even when dropped in a room full of superhumans. A complex character who oscillates between even-keeled and authoritarian, this iteration of Fury is perhaps Marvel’s strongest yet, which goes to show what the right actor can do when given some meaty comic-book source material to chew on. – C.B.