The Strokes will compile some of their earliest singles in a new vinyl box set.

Due out on February 24th, The Singles – Volume 01 boasts ten singles from the band’s first three albums, as well as their companion B-sides. All ten singles come pressed on black 7-inch vinyl, with the artwork from each original release replicated in the package. Pre-orders are now available via the band’s website and Amazon.

Update – January 13th: The Strokes have shared “The Modern Age (Rough Trade Version),” which you can stream below.

Additionally, videos for all ten singles have been re-released in high definition on the band’s YouTube channel.

Producer Rick Rubin recently revealed that The Strokes worked on a new album on the top of a mountain in Costa Rica. Frontman Julian Casablancas later clarified that, “we’re still so extremely v far off from from being even close to any kinda remotely-near-doneness.” The band’s last album,  The New Abnormal, came in 2020.

2A. Hard to Explain
2B. New York City Cops

7A. The End Has No End
7B. Clampdown (Live at Alexandria Palace) 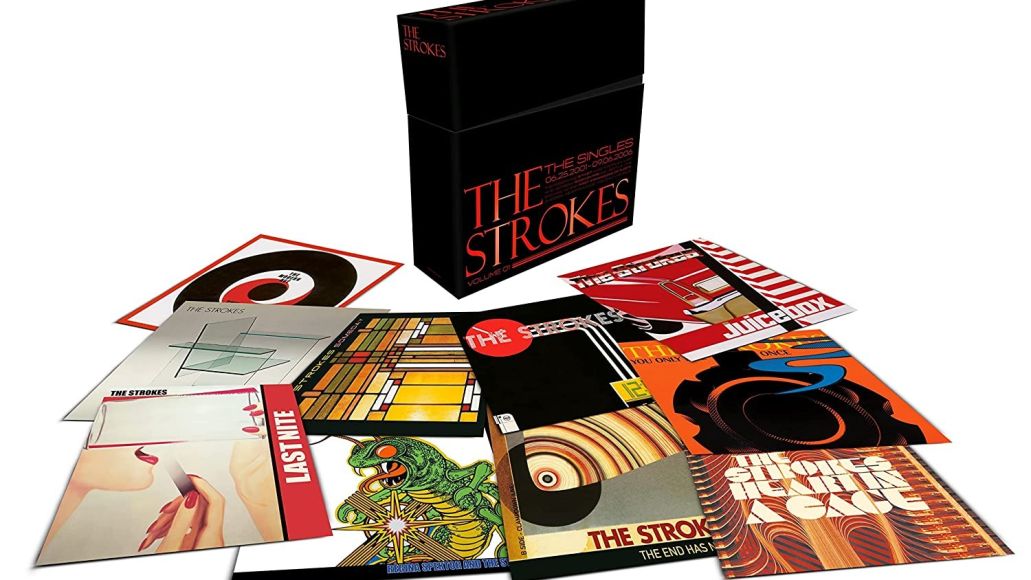