The Pitch: It’s Christmas Eve, and Santa Claus (David Harbour) is having a rough time of it — while he’s got plenty of Christmas magic to power his sleigh, otherwise he’s mostly relying on booze to get him through the tedium of delivering video games to the children of the world.

But things change when he stumbles across a very bad situation: An insanely wealthy family, holed up at matriarch Gertrude Lightstone (Beverly D’Angelo)’s compound for the holiday, has been taken hostage by a ruthless group of thieves led by “Mr. Scrooge” (John Leguizamo). And it turns out that Santa’s bag of tricks also includes his memories of a life before his current job, when the red he wore came from blood spilled in battle…

What’s Nice: Rarely has it been so easy to write a plot summary as it was to write the one above. The absolute best thing about Violent Night, which nimbly joins the ranks of “naughty but nice” Christmas movies like Bad Santa and The Ref, is that it knows exactly what it’s putting in the audience’s stocking: Home Alone, Die Hard, and The Northman, buzzing together in a blender of ultra-violence.

This means that you’ve got Harbour leaning hard into his natural gruffness as a Santa burnt out on centuries of his routine, and Leguizamo paying proper homage to Alan Rickman’s love of scenery-noshing, all while bullets fire and carnage ensues. This all comes courtesy of director Tommy Wirkola (Dead Snow, Hansel & Gretel: Witch Hunters) and screenwriters Pat Casey and Worm Miller (the Sonic the Hedgehog movies), who never lose sight of a core aspect of the film’s premise: That this is the real Santa Claus, and despite his frustrations with the modern world, he’s still got that magic.

How that magic works in service to the bloodletting is just one of the fun surprises in store; Wirkola’s previous genre mash-ups have always had a strong visual flair on top of an innate glee in playing with tropes, and Violent Night might be him at the peak of his powers. 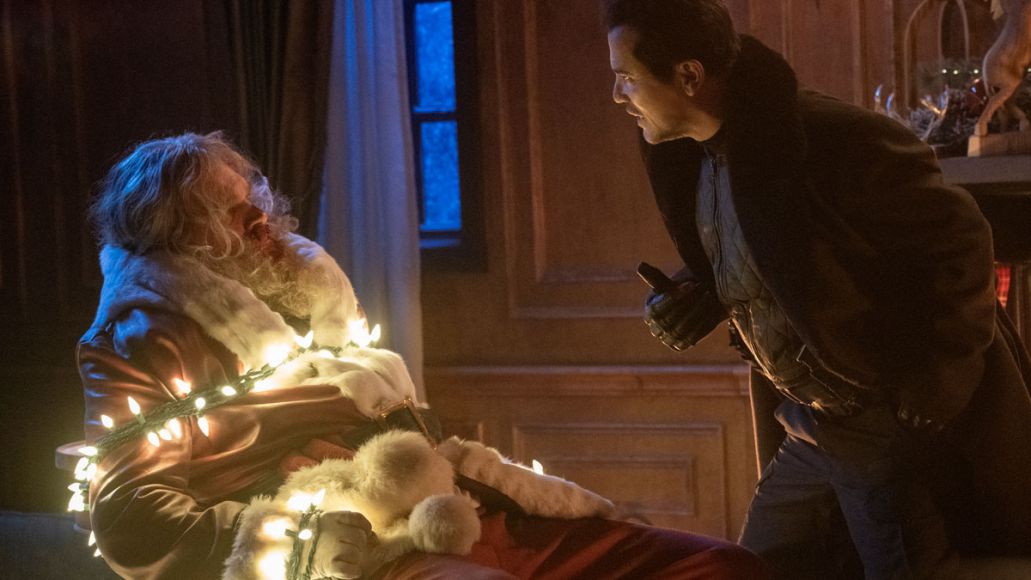