The Pitch: In 2012, America lost its Voice — Whitney Houston, the once-in-a-generation pop music icon, tragically died at the too-young age of 48. She was on the verge of a comeback after a stint in rehab, haunted by the twin specters of drugs and expectation; that we never got to see that beautiful second act makes her passing all the more tragic.

We see her early days as a gospel singer, groomed for greatness by her ambitious mother Cissy (a perfectly-balanced Tamara Tunie) and domineering father (Clarke Peters). Before long, she’s caught the attention of record producer Clive Davis (Stanley Tucci) and her career is off to the races, banging out hit after hit and achieving crossover fame as one of the first Black female performers to resonate with white audiences.

But becoming “America’s Princess” is hardly a picnic, as she must shape her sound and persona to facilitate her meteoric success. Her early romance with Robyn Crawford (Nafessa Williams) tragically gives way to playing straight for the public, guiding her right into Bobby Brown’s arms (Ashton Sanders). And down the rabbit hole we go, barreling indefatigably toward that fateful day in 2012.

The Greatest Love of All: As compared to other adaptations of Whitney’s life, I Wanna Dance with Somebody comes with the blessing of Houston’s family members, specifically her brother and sister-in-law. And to its credit, it succeeds most mightily when giving the people what they want: Whitney Houston, on a stage, singing her heart out. Ackie, an English actress who makes up for a lack of physical resemblance with a surfeit of the singer’s stage presence, does yeoman’s work with the dramatic material she’s given (more on that later).

It’s in front of the mic that we see the depths of Ackie’s dynamism — she may not have Whitney’s pipes (who does?) but she can lip-sync with the best of them, capturing all of Whitney’s dramatic gestures and vocal runs with pinpoint precision. It’s replication, but it’s also interpretation, incorporating what we recognize as Whitney into her own conflicted take on the character. As frenetic as her life may be, it all melts away when she’s singing, and these extended sequences prove sweet relief. 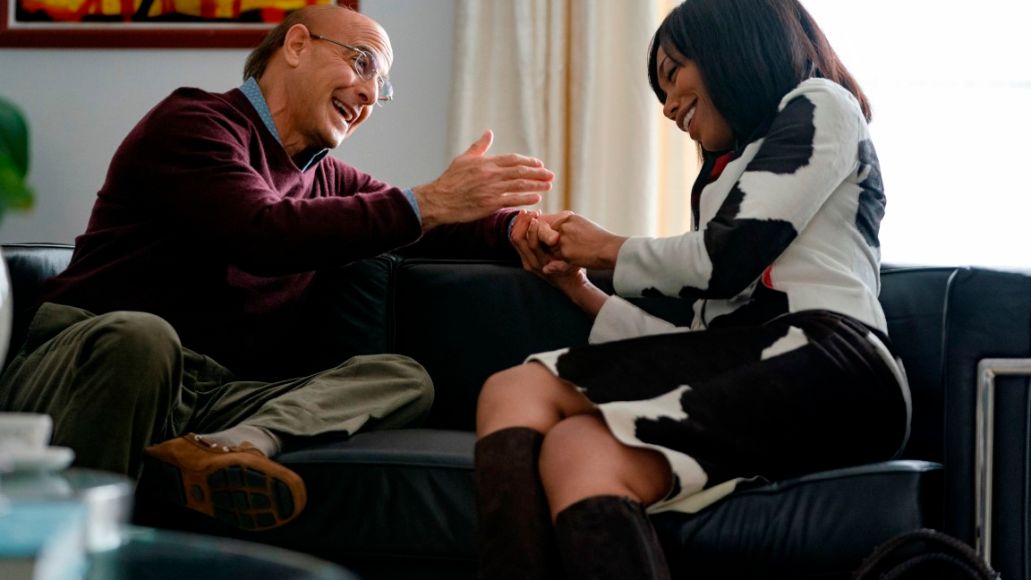 Whitney Houston: I Wanna Dance With Somebody (Sony)

Whitney Houston Comes to Life (At Least On Stage) In I Wanna Dance With Somebody: Review