The Sonic Temple Art + Music Festival is back with a massive four-day 2023 lineup that features headliners Foo Fighters, Tool, Avenged Sevenfold, and KISS. The rock and metal extravaganza takes place May 25th-28th at the Historic Crew Stadium in Columbus, Ohio.

Essentially taking the place of the long-running Rock on the Range festival, Sonic Temple debuted in 2019, but took the next three years off due to the pandemic. Passes for the 2023 edition go on sale this Friday (January 13th) at noon ET via the Sonic Temple website, but fans who subscribe to the Sonic Temple newsletter before 10 p.m. on Tuesday (January 10th) will be eligible for a pre-sale that begins Wednesday (January 11th) at 10a.m. ET.

Saturday will be toplined by KISS, and preceded by sets from Rob Zombie, Falling in Reverse, Puscifer, Trivium, Black Veil Brides, Rival Sons, Avatar, Senses Fail, From Ashes To New, Giovannie & The Hired Guns, Brutus, and others.

And Foo Fighters will close out the fest on Sunday, wrapping up a day that will also feature Deftones, Sublime with Rome, Jawbreaker, The Pretty Reckless, Awolnation, Nothing More, Grandson, White Reaper, Filter, Ayron Jones, The Bronx, Nova Twins, and more.

“We’ve always enjoyed playing Historic Crew Stadium in Columbus and are excited to be a part of this year’s Sonic Temple,” said Avenged Sevenfold singer M. Shadows in a press release. “It’ll be a blast to share the stage with Tool, Foo Fighters and others, we can’t wait to see and play for all of our amazing fans again.”

See the full lineup in the poster below, and pick up tickets to the 2023 Sonic Temple festival here. 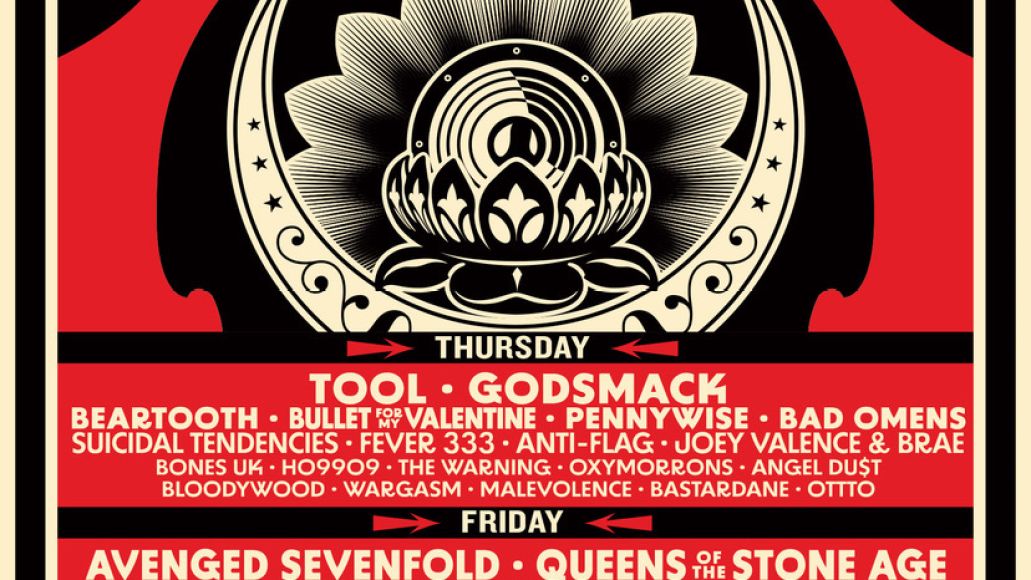