Anvil have announced an extensive Spring 2023 US tour with support from Midnite Hellion.

The outing kicks off March 31st in Providence, Rhode Island, and runs through May 13th in Grand Rapids, Michigan. Tickets to select dates can currently be purchased via Ticketmaster or StubHub.

As they have for the past four decades, Anvil continue to work at prolific clip, having just released their latest effort Impact Is Imminent in 2022. Last year also saw the theatrical re-release of the acclaimed Anvil! The Story of Anvil documentary with a new 18-minute interview epilogue.

Originally released in 2009, the documentary brought some well-deserved exposure to a band that had been relegated to cult status for most of its existence. The underdog story was a hit with headbangers and casual filmgoers alike, helping revive Anvil’s career while expanding their audience tenfold.

Below you can see a full list of Anvil’s upcoming 2023 US tour dates. Get tickets here and for sold out shows, here. 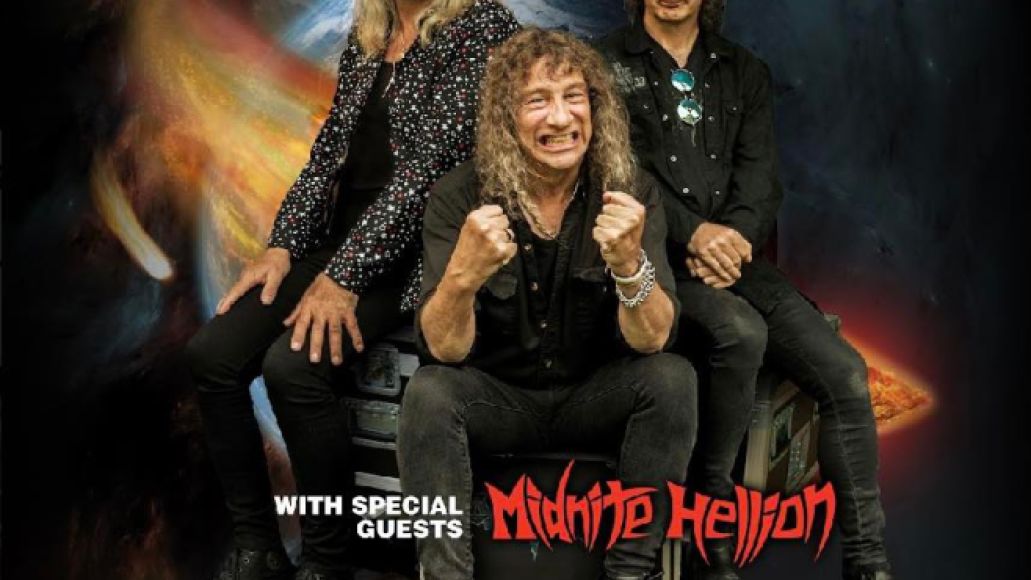