Prime Video has shared the teaser trailer for its adaptation of BookTok favorite Daisy Jones & the Six starring Riley Keough as the eponymous character alongside Sam Claflin and Suki Waterhouse. Watch it ahead of the March 3rd premiere below.

Based on Taylor Jenkins Reid’s book of the same name, the musical drama series will follow the rise and fall of the titular ’70s rock band fronted by Daisy Jones (Keough) and Billy Dunne (Claflin). Decades after calling it quits, each bandmate sits down for an interview about their side of the story. As one could guess, the story is heavily inspired by Fleetwood Mac’s Rumours era.

In the clip, Daisy’s sitdown gets off to a rough start: “Look, I know that I said that I would tell you everything, but how much of everything do you want to know?” The teaser then gives short glimpses at the band’s ups and downs, including when Daisy challenges Billy to write songs about “who you are” instead of “who you wish you were.”

Daisy Jones & the Six was created by Scott Neustadter and Michael H. Weber, with Neustadter and Will Graham serving as showrunners and Reese Witherspoon among the executive producers. The cast is rounded out by Will Harrison, Josh Whitehouse, Sebastian Chacon, Camila Morrone, Nabiyah Be, and Tom Wright.

24 songs were written exclusively for the series and recorded by the cast with producer Blake Mills at the helm and co-writing credits from the likes of Phoebe Bridgers, Madison Cunningham, Marcus Mumford, and Jackson Browne. 11 of those tracks will be collected in a companion album called Aurora, which includes the lead single “Regret Me.”

Hear it below, followed by the artwork and tracklist. Pre-orders are ongoing ahead of its release on March 3rd. 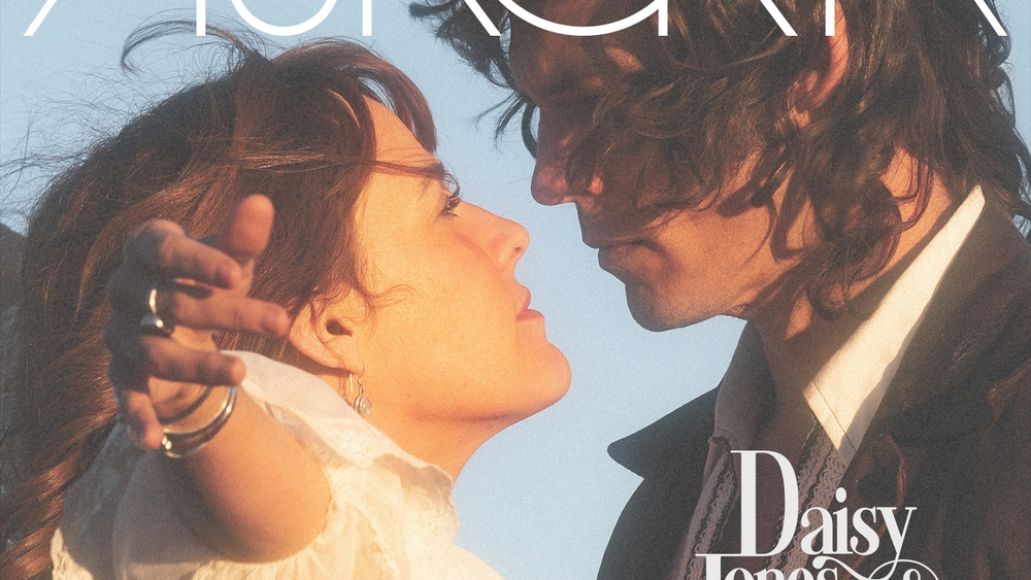