Welcome to Dissected, where we disassemble a band’s catalog, a director’s filmography, or some other critical pop-culture collection in the abstract. It’s exact science by way of a few beers. This time, we dive into the wild, weird, beautiful, and terrifying brain of David Lynch. This article originally ran in 2017 and has been updated.

David Lynch is about mood. He’s about feelings. He’s about triggering something deep within all of us. For over four decades, the American filmmaker has twisted the senses of his audiences, blurring whatever lines exist between reality and somewhere else. It’s why he’s often considered an eccentric auteur, an untraditional talent in an industry that capitalizes on the traditional. But for all his quirks and chaos, there’s an assured vision, one that isn’t going for the weird for weird’s sake, and that’s what separates him from anyone who opens a strange door to simply find strange.

“I learned that just beneath the surface there’s another world, and still different worlds as you dig deeper,” Lynch once explained of exploring his grandfather’s apartment building in Brooklyn. “I knew it as a kid, but I couldn’t find the proof. It was just a feeling. There is goodness in blue skies and flowers, but another force — a wild pain and decay — also accompanies everything. Like with scientists: they start on the surface of something, and then they start delving. They get down to the subatomic particles and their world is now very abstract. They’re like abstract painters in a way.”

Whether he’s subverting the soap opera with eerie mountain towns or chewing on voyeurism through ripped ears, Lynch is always digging at and cracking whatever surface we may or may not have known was even there. While we don’t always fully grasp what he’s wrestling with — see: anyone who was involved with or has seen 2006’s Inland Empire — it’s impossible not to at the very least admire what he’s brought to the silver screen. Every go-around, Lynch offers a divine experience, and as such, there are few filmmakers more deserving of a complete dissection.

The Long Pitch: In a strange, far-off future, “spice” reigns, a space-travel aiding substance only found on the desert planet of Arrakis. Paul Atreides, son of Duke Leto Atreides, leads his people, the Fremen, in a battle for control of the planet against the Harkonnens and the rulers who sent his father to the desolate Arrakis to be killed in the first place.

The Short Pitch: It’s the adaptation of a Frank Herbert sci-fi epic novel that many still believe to be un-adaptable.

The Elephant Man: Dune flopped, in large part, because it was an adaptation that may be difficult to follow had you not read the source material. There are just so many characters, strangely vowel-ed words, and interweaving relationships to try to wrap your head around. In the midst of that very mire of confusion and conflict, though, stands the mighty Brad Dourif, everything about his actions, speech, and essence vibrantly clear. As Piter De Vries, aide to the villainous, grotesque Baron Vladimir Harkonnen, Dourif gleefully and meticulously carves away at everything around him. 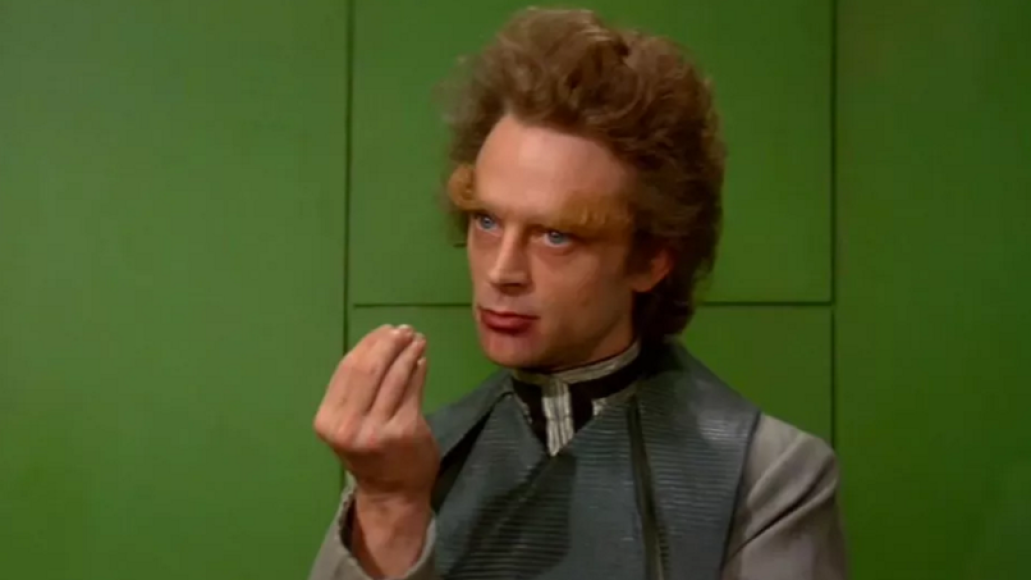 Dourif’s other largest roles were the voice of killer doll Chucky in Child’s Play, the slippery Wormtongue in the Lord of the Rings films, and the mental patient Billy Bibbit in One Flew Over the Cuckoo’s Nest. So, you get the idea of the type of character he’s best suited to. As such, De Vries isn’t your average sycophant assistant; he’s a Mentat, a human trained to essentially become a living computer. He’s twisted and ragged, so fidgety in his mental capacity that he may even be one step ahead of the fact that Harkonnen will wind up killing him — but so well trained and loyal that he follows anyway. And Dourif knows how to handle that kind of twisted subtlety, delivering pathos and massive scenery chewing in equal doses.

Candy-Colored Clowns: As a sci-fi epic, the villains of Dune are appropriately monstrous. It’s hard to imagine considering any one of them all that lovable, per se. But if there’s one with a strange, confusing power — a performance so unexpected and off that it’s hard to look away — it’s Sting as Feyd-Rautha. Yes, that Sting. The Police Sting. With a shock of Heat Miser hair, a blue jumpsuit, and a seriously collared jumpsuit. He’s not the best actor in the film, to say the least, but there’s a real magnetism to his barking and sneering. 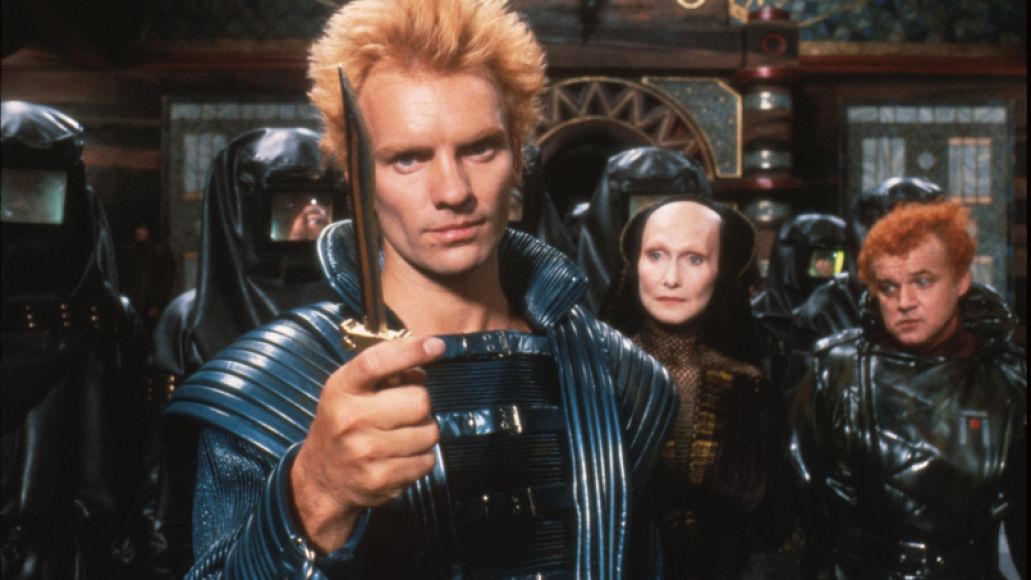 The Baron’s nephew, Feyd-Rautha is a wicked, clever, cruel enforcer of the Harkonnen family, long-planned to ascend to the place of Kwisatz Haderach (seriously, read the book first). He is installed as the anti-Paul, the opposite of everything Kyle McLachlan represents. And if you’re going to try to think about the opposite of Kyle McLachlan, Sting isn’t exactly a natural first thought. But he clearly wants to be thought of as that extreme evil, throwing every breath he has into the climactic dagger duel. You can’t help but follow his every move, wondering how exactly this all happened.

In Dreams: Oh boy. Picking out a single most surreal moment from Dune is quite the challenge. This one’s a clusterfuck of dreamscape insanity, a filmic totality of “Wait, what?” experiences. But, well, the giant, floating tumor near the movie’s open might take the cake. The Guild Navigator is a humanoid creature able to travel through interstellar space through intake of mass quantities of spice, leaving them mutated, distorted, and otherwise icky.

Lynch’s version of the Navigator is particularly gross, a peanut/testicle goober floating in a tank, wheeled into frame to meet with José Ferrer’s emperor to discuss their plan to kill Paul. Attended by some creeps in black leather robes into the giant, golden hall, the Navigator is stomach-turning enough to make Baron Harkonnen seem relatively normal. And let’s not even get started on the closeups on its folding, flopping “mouth.” Sure, Herbert described the Navigator as a mutated blob, but this … this is some Lynch shit, right here..

Radiator Songs: In a film full of head-scratchers, the soundtrack is one of the biggest. Though he would go on to develop close working relationships with other, perhaps darker, more emotionally charged musicians, this space epic is scored almost entirely by Toto. Just a couple years after blessing the rains down in “Africa”, David Paich, Steve Lukather, and the gang were headed to space with genuine weirdo David Lynch, the Vienna Symphony Orchestra, and the Vienna Volksoper Choir in tow for good measure. Oh, and Brian Eno contributed a single track.

Tonally, the entire film is a bit messy, so it should come as no surprise that the soundtrack falls prey to that same problem. From grand symphonic explosions to tinny harpsichord suites, there’s a kind of Mannheim Steamroller vibe to the proceedings, nowhere near the high drama that the source material would seem to call for. The music itself isn’t bad; it’s just a mismatch. The soft, chilled strings of “Trip to Arrakis” and Eno’s wandering electronics on “Prophecy Theme” have little to do with each other, though each is affecting in its own right — much like the cobbled-together feel of the film itself.

The Black Lodge: It’s not uncommon for sci-fi to blend the futuristic and the ancient, but the emperor’s grand halls still felt unique and lux. Tons of gold, mechanic symbology, rods sticking out at every odd angle, the thing feels like a blend of Egyptian grandeur, the riches of a wayfaring society, and the shiny metal and leather of an ’80s futurism. It may not be as iconic or timeless as anything from Star Wars, but it’s a sci-fi look all its own. 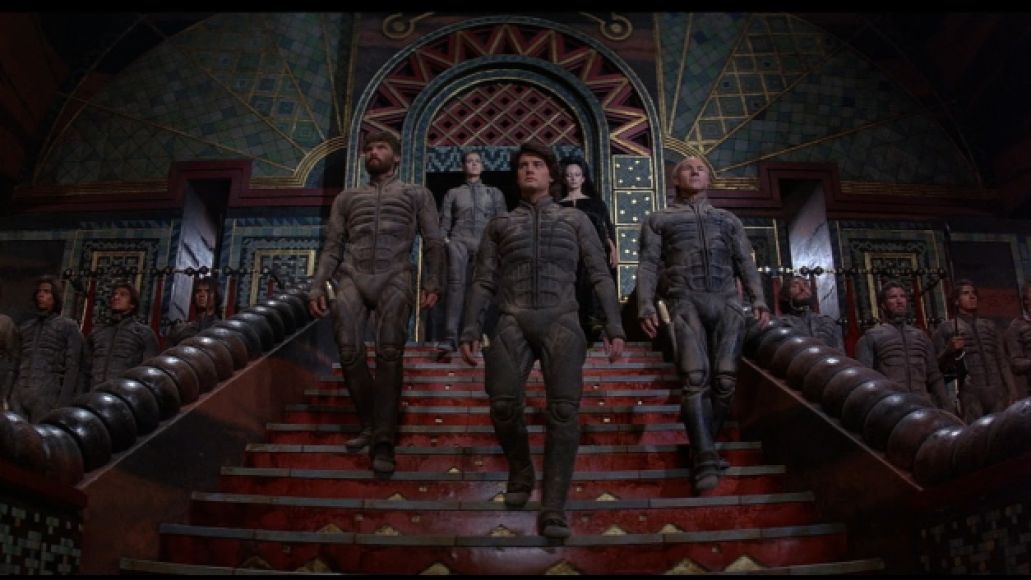 A Beginning Is a Very Delicate Time: Lynch tends to continue to work with certain people frequently, and Dune acts as an early touchstone for several actors that would go on to become regulars in the director’s oeuvre. The film marks the first appearances of Kyle Maclachlan, Everett McGill, and Alicia Witt, as well as the second appearances of Jack Nance and Freddie Jones. But while he poached some actors from the cast that would become favorites, it’s telling that the composers, designers, editors, and the like that would become his primary posse weren’t taken from the Dune credits. 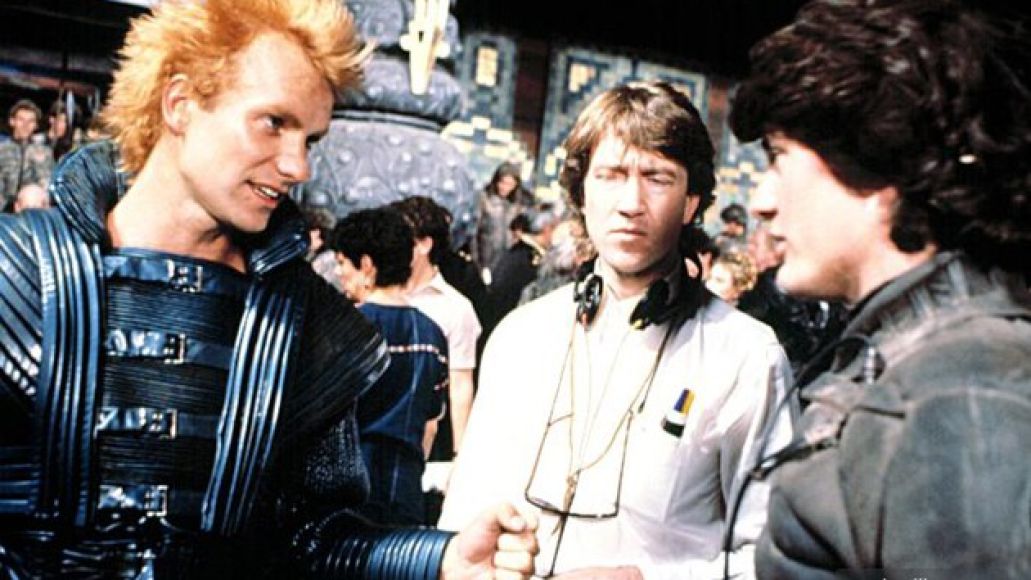 Lynch on Lynch: “Dune … it wouldn’t be fair to say it was a total nightmare. But maybe 75% nightmare. And the reason is I didn’t have final cut. I had such a great time in Mexico City, the greatest crew, cast, it was beautiful. But when you don’t have final cut, and I knew this already … but why did I do it? I don’t know. But when you don’t have final cut, total creative freedom, you stand to die the death. Die the death. And die I did. When you have a failure and they say there’s nowhere to go but up, it’s so freeing. It’s beautiful, in a way.”

Analysis: This could’ve been just another terrible sci-fi bomb, but there’s just enough weirdness in the mix to make this a train wreck worth watching. It’s become a cult view for a reason: It’s not good enough to be a classic, but there are enough hints of the Lynch persona underneath the mess to want to pick at it like a scab and track down what might have been had he been allowed full creative control. There are many different cuts of the film, all showing various levels of weirdness, of forced studio control, of ambition, of compromise. And yet there’s still something there, something worth searching for. And how can this be? For he is the Kwisatz Haderach!