New York City festivals are always tricky. Not only is there a general lack of large, open fields ripe for thousands of festival goers, it’s difficult to compile a music festival that aligns with the city’s fusion of cultural identities. Governors Ball has been adamant about offering both components in their 10+ year history, and their 2023 lineup, announced on Tuesday, January 17th, is a testament to that mission.

With Kendrick Lamar, Lizzo, and ODESZA topping the bill this year, Governors Ball is taking after their older festival siblings by prioritizing unique, global, and must-see artists. Though you can catch an act like ODESZA at virtually any other North American festival and Lizzo’s been making the headlining rounds for a while, there is a global twist that stands out this year. Notably, South Korean girl group aespa is set to be Governors Ball’s first-ever K-pop act, while Nigerian star Tems — who also made our 2023 15 Rising Artists to Watch list — also appears on the lineup.

However, the biggest change to Governors Ball is not in its lineup, but in its location: This year, the festival will be moving down the street from the Citi Field parking lot in Queens to Corona Park in the neighboring Flushing Meadows. Though Citi Field was a logistical upgrade from Randall’s Island (which had some wonderful grass fields, but led to a few instances of being stranded on the island during a ridiculous summer rainstorm), multi-day festivals that take place in parking lots have a pretty gnarly impact on your feet, especially by the end of the weekend. Hopefully, moving the event to fields in Corona Park will lead to a more comfortable festival experience.

With so many exciting, breakout artists to choose from this year, Governors Ball 2023 — and the overall future of the festival — is looking pretty solid. Check out the lineup poster and see for our full breakdown of this year’s Governors Ball lineup below.

Tickets to Governors Ball 2023 — including general admission and VIP passes — go on sale starting Thursday, January 19th at 10:00 a.m. ET via the festival’s website. Fans are encouraged to sign up via Governors Ball’s website for early access to tickets. 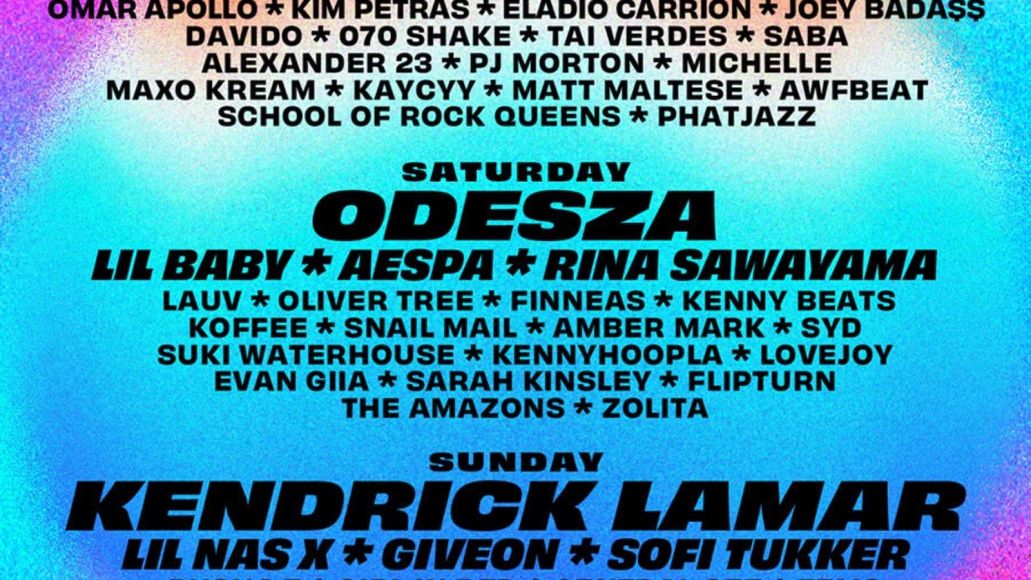