RBD are prepping their 2023 “Soy Rebelde” tour, and tickets will catch the Mexican pop group for their long-awaited comeback performances that have been nearly 15 years in the making. The 26-city trek across North and South America will also celebrate the current quintet’s 20th anniversary since forming in 2004.

What Is RBD’s Next Tour?

RBD’s 2023 reunion tour will kick off with a North American run beginning in El Paso on August 25th. After a stop in Houston on August 27th, they’ll head east to headline New York’s Madison Square Garden on August 27th followed by shows in Fairfax, Virginia and Greensboro, North Carolina. They’ll play Chicago on September 8th, Denver on September 10th, and Las Vegas on September 14th before traveling south to Miami on September 22nd. The tour then settles in Texas for three nights between Edinburg, Arlington, and Austin followed by six shows in California including San Francisco on October 8th, San Diego on October 13th, and the US run’s closer in Los Angeles on October 19th.

The “Soy Rebelde” tour resumes in São Paulo, Brazil on November 17th. RBD will perform in Rio de Janeiro before departing for Mexico to close out their live circuit between Monterrey on November 24th, Guadalajara on November 26th, and Mexico City on December 1st.

Who Is Opening for RBD on Tour?

No openers or supporting slots have been filled for the RBD’s 2023 “Soy Rebelde” 2023 tour at this time. But perhaps they’ll get some love from professed fans like Bad Bunny, who name-dropped the group on his hit single “Me Porto Bonito” and later covered “Sálvame.”

See RBD’s full list of tour dates below, and get tickets to all of their upcoming concerts here. 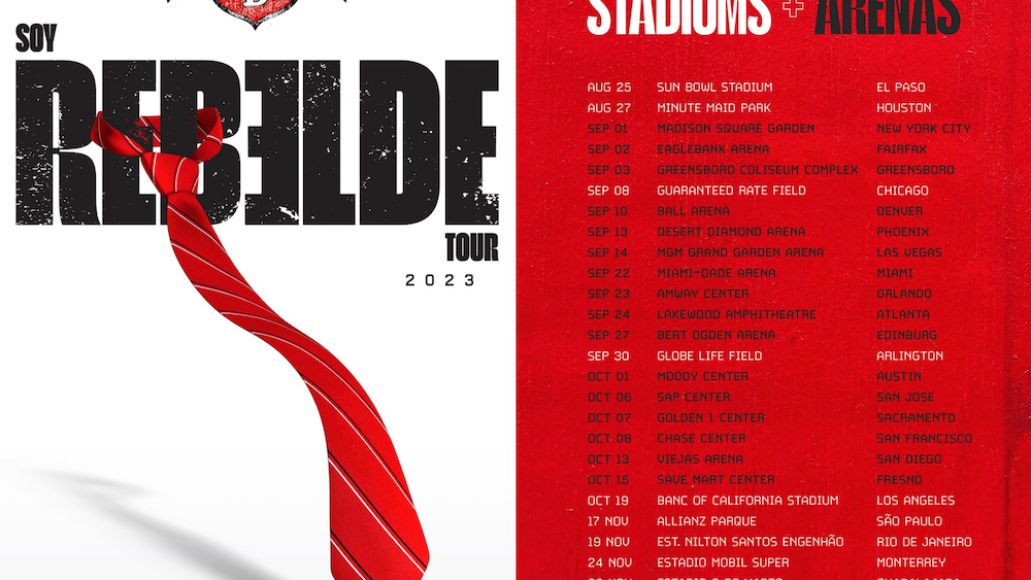