The Pitch: Indonesian rapper James (viral star Brian “Rich Brian” Imanuel, in his screen debut) is about to hit it big. So big, in fact, that he announces on Indonesian TV that his next career move is to travel to Hawaii to record his first real album, with the backing of Western studio executives and a phalanx of stylists, agents (an icy Kate Lyn Sheil), and music video directors (a prickly Anthony Kiedis of the Red Hot Chili Peppers).

This is news to his father Joyo (Yaya A.W. Unru), who’s guided his career up to this point, an elderly, working-class man not so much attuned to the needs of the music industry as he is desperate to look out for his son. Some of this is the usual overbearing-father stuff, but it’s underpinned by the fact that both he and James recently lost James’ brother, Jaya.

It’s the kind of tragedy that would cause a rift in even the healthiest father-son dynamics. But Jaya persists in hovering behind his son even after getting fired, misguidedly looking after him in ways that interfere with the slick industry flacks that now surround James — making the situation a veritable powder keg waiting to explode.

I No Bother You: Justin Chon’s fifth film follows along the narrative threads he’s traced in films ranging from Gook to Ms. Purple to last year’s Blue Bayou, tales of fragmented family units and ambitions colliding against the specificities of East-meets-West culture clash. With Jamojaya, Chon engages in some of his most interesting, experimental craft to date — which is a good thing, considering the looseness with which its narrative and thematic ideas tend to play out.

At the heart of the story is the titular Indonesian myth of Prince Jamojaya, who transforms into a banyan tree and leaves his brother struggling to find him, much less understand him in his new form. It’s a deliciously elemental core on which to hang the narrative, born out by Chon in animated sequences and purposeful usage of Hawaii’s bucolic beaches and towering mountains.

Chon finds opportunities to place James and Joyo alike at the foot of a banyan tree, looking up as if to hope that their lost loved one is in there, somewhere. All in the hopes of grounding them in this intimidating new cultural context they’ve found themselves in, one that brushes off James’ attempts to stay rooted to his family and culture (studio execs callously brush off his repeated entreaties to use an Indonesian child’s chorus in his works, or the traditional suit his brother used to wear). 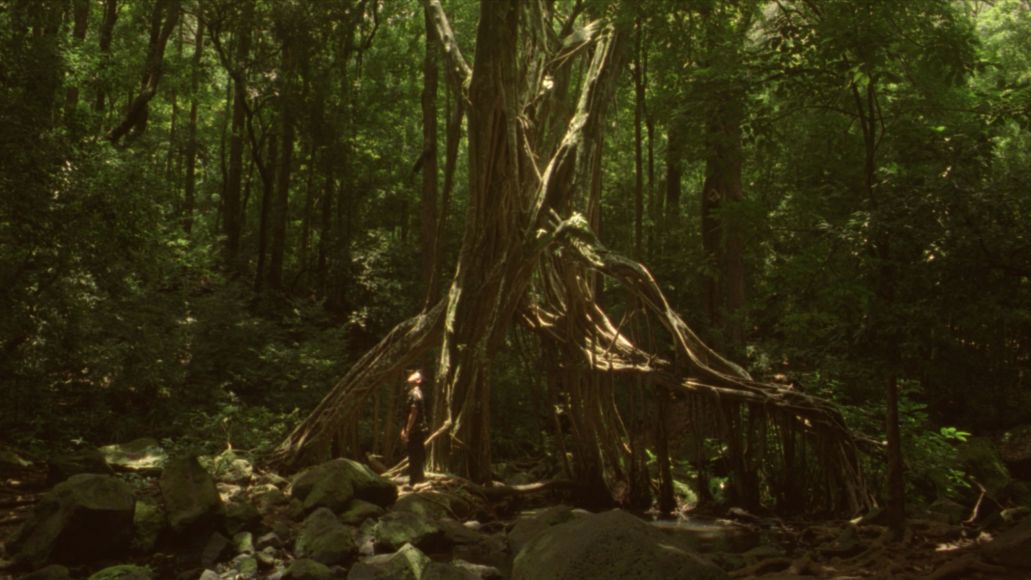