The Pitch: Gemma (Allison Williams) works as a roboticist at a toy company, Funki, that churns out monstrous-looking hybrid versions of every kid’s ultimate companion –– a Furby, Tamagotchi, and Neopet all rolled into one. But while Gemma’s job revolves around the needs of children, she’s unfortunately ill-equipped to take in her recently orphaned nine-year-old niece, Cady (Violet McGraw), whose parents died in a tragic car accident.

Feeling overwhelmed with the responsibility of having to care for a young, grieving child while feverishly trying to meet work deadlines for her demanding boss (Ronny Chieng),  who expects a new toy prototype imminently, Gemma decides to kill two birds with one stone. What if she perfects her latest AI-powered invention, M3GAN (Model 3 Generative Android), to give to Cady for emotional support?

After all, M3GAN –– bearing a freaky resemblance to vampiric lovechild Renesmée Cullen –– has been built with the purpose of being more than just a toy: she is a playmate, an educational partner, and a friend for the suddenly lonely Cady. Why would a child need real friends –– or even parents –– when you can just gift them M3GAN?

As Cady’s connection to M3GAN strengthens to the point where she feels that she cannot live without the doll, blood starts to spill, violence ensues, and chaos reigns.

Move Over, Chucky: There’s a new star killer doll on the loose, and she wears a khaki-colored dress, a blue and red bow tied around her neck, and white tights. Who knew the most terrifying villain of 2023 would be a slasher doll with perfect ringlets and a wardrobe from Modcloth? Akela Cooper’s M3GAN screenplay is a hilarious, thrilling, biting satire of the technology age, and a much-needed fresh take on the genre.

Cooper’s work with producer James Wan began with 2021’s entertaining Malignant, and the fun only continues here: M3GAN is a true riot, a rollicking and campy romp full of absolutely bonkers moments that will have you cackling with laughter. (There is a scene where M3GAN, in a bid to comfort Cady, sings a dramatic, acapella rendition of Sia’s “Titanium.” Because why not.) Sure, Wan’s 2014 Annabelle, from his Conjuring universe, is also a tale about a killer toy –– but Gerard Johnstone’s direction gives M3GAN a cheeky touch. Plus, does Annabelle look as if she can rock a Peter Pan collar? 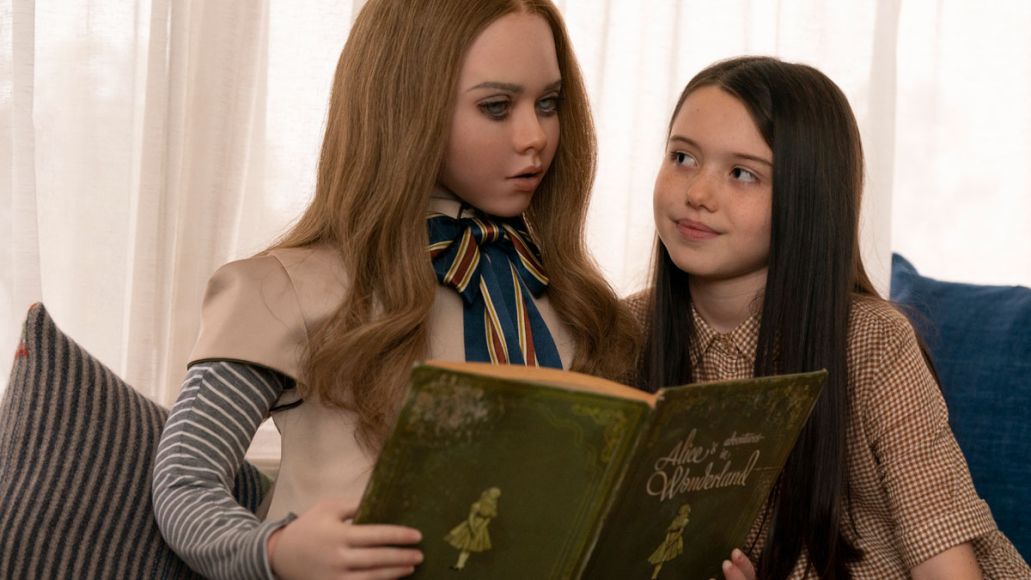 M3GAN Will Dance and Slash Her Way Into Your Horror-Loving Heart: Review