It’s a tale as old as time: An artist ventures out into some sublime natural landscape, takes psychedelics, and comes back with some damn good songs. Margo Price is one of the latest musicians to do so, heading out to a rental in South Carolina with her husband and a bag of mushrooms. The result is Strays (out Friday, January 13th), her most urgent, collaborative, and – fittingly – trippy record to date.

“I knew that I wanted to make a record that was almost a psychedelic journey in and of itself, one that could also be like a mini lifetime from start to finish on an album,” the songwriter tells Consequence. “I knew that I wanted it to have a lot of peaks and valleys, everything ranging from unadulterated joy to incredible depths of pain.”

Mind-altering substances, in fact, swirl around the world of Strays. Beyond songs like “Light Me Up” and Price’s recent memoir, Maybe We’ll Make It, taking on substance use directly, the recording of the record’s 10 songs originate from both indulging in and abstaining from such vices. While Price and her band may have passed around joints or dabbled in MDMA, she also quietly decided to remain alcohol-free, shooting soda water while her friends shot tequila.

But reducing Strays to the stories of the drugs that surround it does a massive disservice to the album. While undoubtedly a part of the project’s story, the songs have much more to offer than being fun to listen to while stoned (even if Price admits they sound great when you’re high). Most significantly, it’s the next crucial step in Price’s evolution as an artist who refuses to stay in one lane.

“I was definitely trying to veer out of the country world,” she explains. “I think a lot of the people that I look up to, a lot of people that I admire in the genre, they didn’t fit in either. So I am just kind of doing my own thing.” 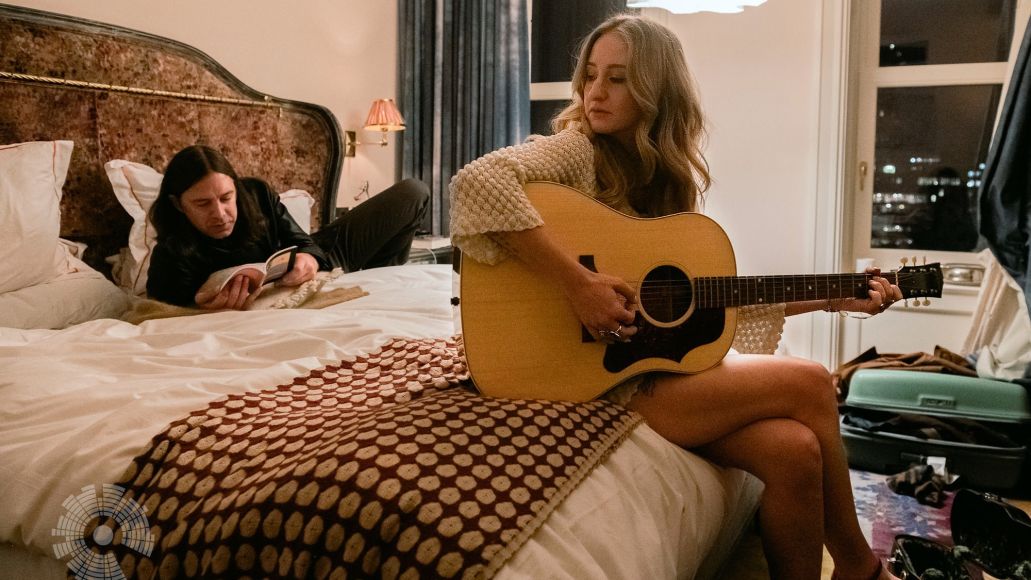 Such resistance to stagnation is evident in the psych-rock intensity of “Been to the Mountain” (written with husband Jeremy Ivey), the off-kilter dance grooves of “Time Machine,” or the dreamy soundscapes of “Landfill.” And throughout it all, Price comes through with some of the most focused, pointed lyrics of her career.