Following a previous announcement of Pantera headlining the 2023 edition of Rock Fest in Cadott, Wisconsin, the festival has now revealed its full 2023 lineup.

This year’s Rock Fest will feature the new incarnation of Pantera headlining on Thursday, July 13th, with additional headlining performances from Slipknot on Friday, July 14th, and Godsmack on Saturday, July 15th. Tickets are on sale via the festival’s website or StubHub.

The event will actually take place over four days, beginning with a “Wednesday Night Bonus Bash” on July 12th, offering sets from Soul Asylum, Alien Ant Farm, Gemini Syndrome, Tallah, The Lonely Ones, No Resolve, Moon Fever and Widow7. That event is only for three-day ticket holders for Rock Fest 2023.

Then, the main festival will kick off on Thursday (July 13th). That night will feature Pantera, along with performances from Ice Cube, In This Moment, The Ghost Inside, Jinjer, Orianthi, Suicide Silence, Vended, Fame on Fire, Eva Under Fire, Ghosts of the Mississippi, Sin7, Scattered Hamlet and more.

“We really focus on making each year better than the last,” Rock Fest promoter Wade Asher said in a statement. “Fans can look forward to 20 national acts performing at Rock Fest for the first time. And it is pretty tough to do when we’ve been doing this for 29 years. As always, we’re keeping busy in the offseason working to improve the fan experience in new ways, including both new and improved infrastructure for 2023. We can’t wait to do it all over again.”

The revamped Pantera are keeping busy in 2023. In addition to Rock Fest, the group just announced a lengthy North American tour with special guests Lamb of God. They’re also opening for Metallica in 2023 and 2024. 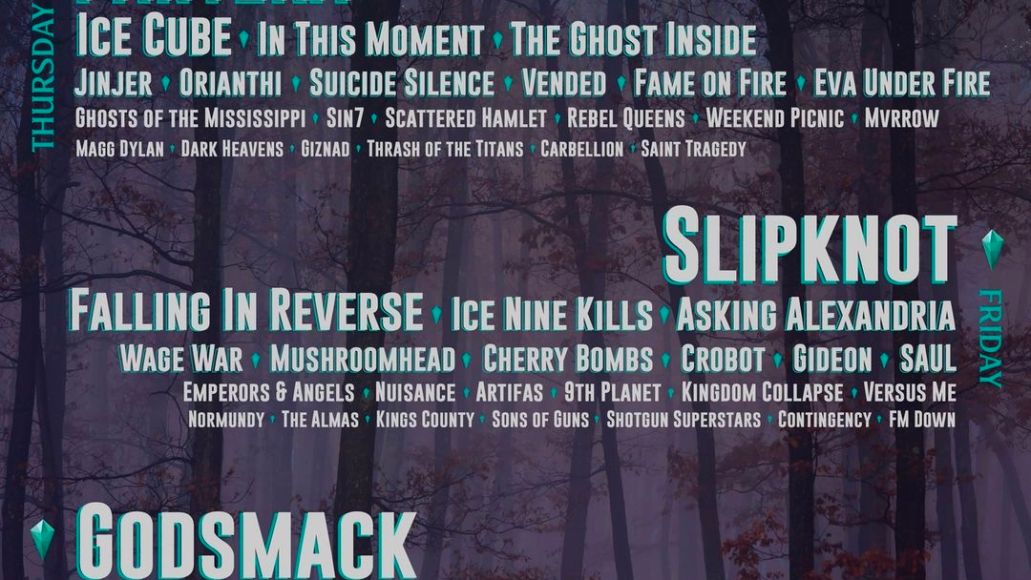