Stray Kids definitely picked a prophetic slogan: “Stray Kids, everywhere, all around the world.” Chanted at concerts, awards shows, and performances, it’s a rallying cry for the group and fans alike.

On Wednesday, January 25th, Stray Kids were announced on the lineup for Lollapalooza Paris as the headliners for Day 1. They share top billing with two other global acts, Rosalía and Kendrick Lamar, making it all the more exciting to see a K-pop group in the main slot. Taking place from July 21st – 23rd, this is only the fifth year of Lollapalooza Paris — the European iteration of the longstanding Chicago summer staple launched in 2017 and paused for the pandemic — and began as a two-day festival. Expanding to three days, and including a group like Stray Kids, shows the festival moving in an exciting direction.

Objectively, Stray Kids have been crushing it. Between 2022’s ODDINARY and Maxident (one of Consequence’s favorite albums of last year) and a major tour, with a few dates extending here into 2023, their profile has been steadily growing. As is tradition, the group shared a preview of the upcoming year with a classically cryptic “STEP OUT” video — this year’s teaser hinted at multiple album releases, a fan meeting, and a special concert. It’s not yet clear if this festival appearance is the special concert or if there’s more in store on that front from Stray Kids.

In the meantime, we presumably have some new music to look forward to, but Stray Kids already have a discography rich with songs perfect for a festival appearance. The energy of “MANIAC” and “God’s Menu” alongside the performance threshold of tracks like “Red Lights” are sure to have Parisian festival attendees talking. STAY — let us know what your dream set list for Stray Kids’ headlining performance would look like, and check back here for updates on how to secure tickets to the set. 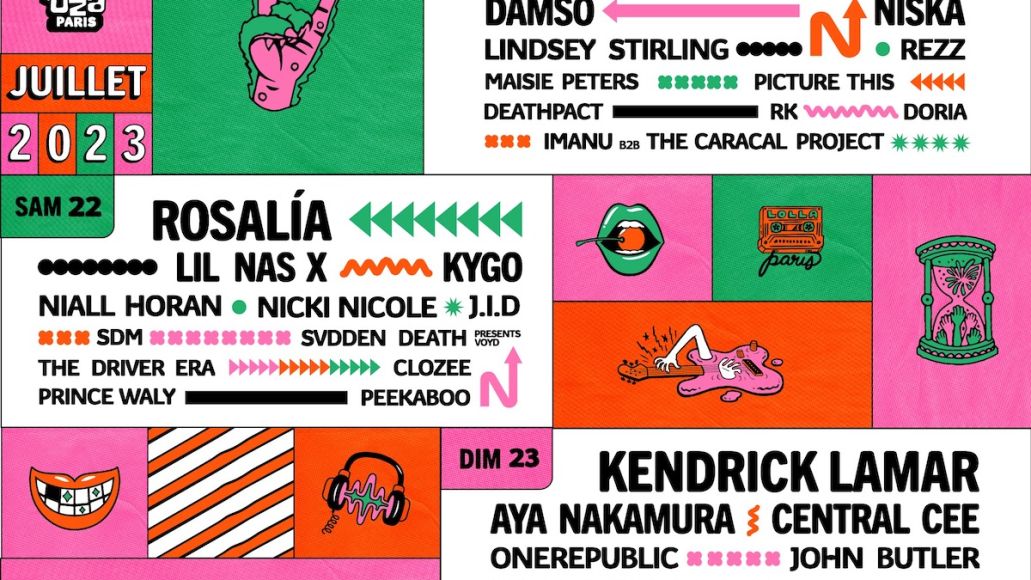 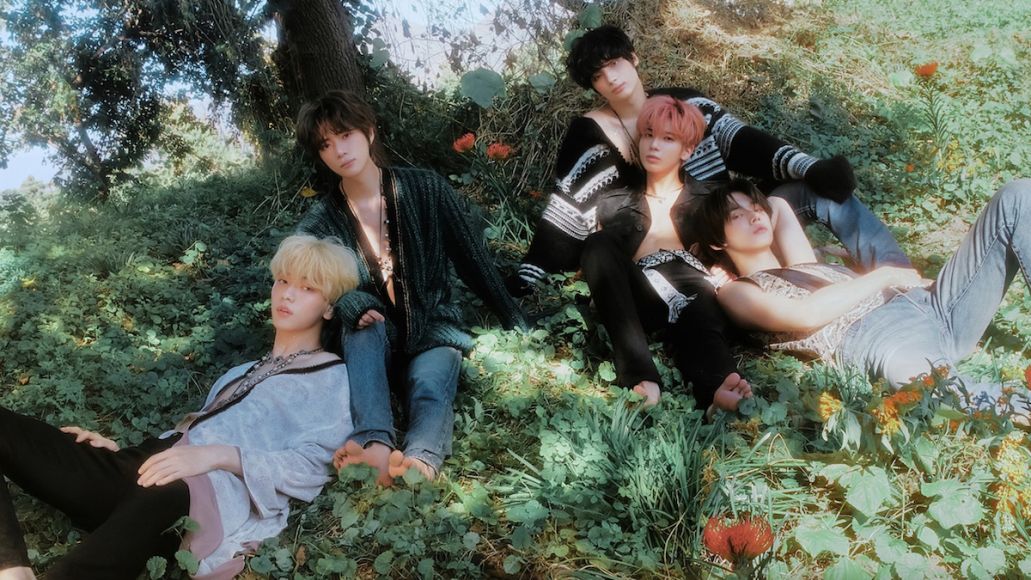 TOMORROW X TOGETHER, photo courtesy of the artist

For anyone curious about the global media showcase for TOMORROW X TOGETHER’s upcoming release, The Name Chapter: TEMPTATION, you can follow along for insights on Twitter (@marysiroky) tonight at midnight ET/9:00 p.m. PT.

I don’t know a lot about SF9, but I do know that this song rules.