[Editor’s note: The following contains spoilers for The Last of Us, Season 1 Episode 2, “Infected.”]

In the opening scene of HBO’s new series The Last of Us, it’s established fungus will be responsible for a highly transmissible outbreak that sparks a global pandemic. However, the show doesn’t go into explicit detail about how the infection actually spreads, leading to fan speculation culminating in the flour theory.

An Episode 2 flashback to an incident at a flour factory in Jakarta, Indonesia lends strong credence to the theory, especially when looking back at “little bits of breadcrumbs” sprinkled throughout the first episode. Read on to learn more about the flour theory.

Be sure to also read our review of the first season, and learn the significance of Depeche Mode’s “Never Let Me Down Again” in Episode 1 here. You can also keep up with all the music played on The Last of Us here.

What Are the Basics of the Flour Theory? 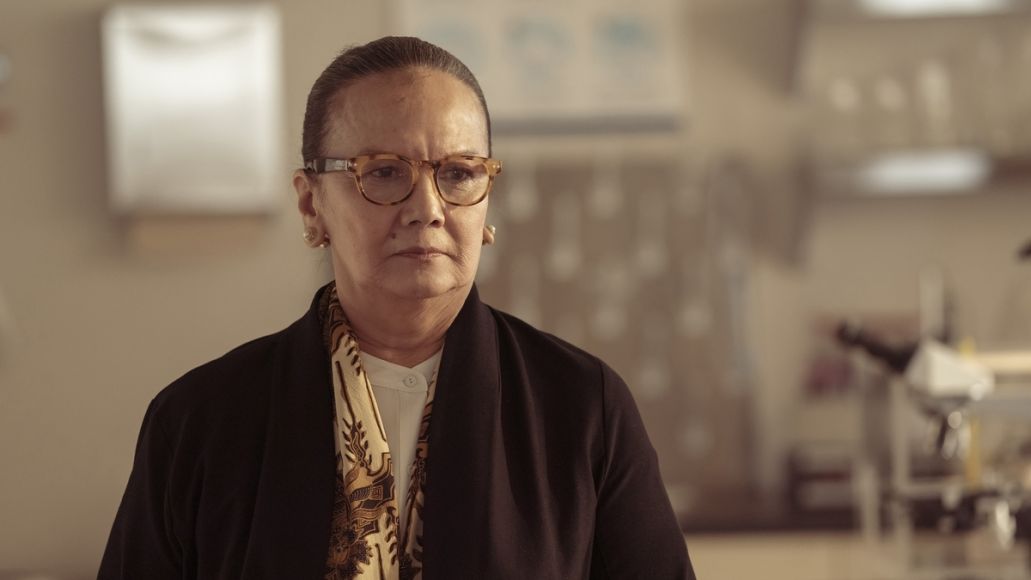 The Last of Us (HBO)

According to the theory (via Reddit), the outbreak spreads from contaminated flour. The beginning of Episode 2 takes place in Jakarta, Indonesia on September 24th, 2003, when mycologist Dr. Ratna Pertiwi (Christine Hakim) is escorted by authorities to a government laboratory to inspect and confirm that a prepared specimen is a fungus called Ophiocordyceps.

When Pertiwi is told it came from a human, she is skeptical because Ophiocordyceps should not be able to grow in a human body. She is then brought to an airlocked laboratory to take a look at the infected woman. During Pertiwi’s inspection, she’s horrified to extract a fungal tendril from the woman’s mouth.

Pertiwi is then informed of the incident at a flour mill in which the infected woman began attacking her coworkers and caused several of them to go “missing.” Realizing the gravity of the situation, Pertiwi gravely suggests the only solution is to bomb the entire city to prevent the fungal outbreak from spreading further.

This all ties back to the opening scene of The Last of Us, in which scientist Dr. Neuman (John Hannah) shares his fears of a fungal pandemic by describing how Ophiocordyceps unilateralis can take control of an ant’s brain, replace the ant’s flesh with its own, and then keep it from decomposing. His colleague points out this type of fungus is not known to affect humans, but Neuman responds by saying global warming could force fungi to adapt to higher temperatures.