The Pitch: You know them well, those plucky young teens of the Scooby Doo gang, who have been reinvented constantly since their initial debut in 1969. But whether live-action or animated, TV or feature film, the characters themselves haven’t changed that much, with good ol’ Velma Dinkley reliably serving as the “brainy” member of the mystery-solving team in their Mystery Machine.

That’s something carried through in the new HBO Max origin story Velma, featuring executive producer Mindy Kaling as the voice of the young gumshoe, who we meet as a social outcast at Crystal Cove High, haunted by the disappearance of her mother (Sarayu Blue).

As Velma attempts to get answers as to what happened to her mother, though, a bigger mystery at the school arises, one that Velma can’t solve without some help from school slacker Norville (Sam Richardson), ex-BFF-turned-frenemie Daphne (Constance Wu), and Fred (Glenn Howerton), the embodiment of white male privilege. Will any adults take Velma’s claims seriously? Will Fred manage to learn that inner beauty exists? Who will hook up with who in this complicated love quadrangle? These are just a few of the mysteries this show explores.

Harley Quinn Has Some Notes: While Velma certainly suffers in comparison to HBO Max’s other adult animated series reinventing a classic character, the series’ problems are entirely its own, perhaps the biggest one being a failure of tone and balance, as there’s too much jammed into this series and no clear focus.

Taking a “the first season is really the pilot episode” approach to plotting, the first eight episodes provided for review begin piling mysteries on top of mysteries as Velma and pals investigate the secrets of their small town, which include the mysterious deaths of the school’s “hottest” girls and Daphne, an Asian girl being raised by her adoptive mothers, attempting to find her biological parents. But it’s hard to get invested in any of those mysteries being solved, thanks to a too-glib approach to the storytelling that mutes all real emotions.

Though the series is aimed at adults, it feels a bit PG in comparison to other adult animation currently in the works, while simultaneously playing certain scenes like the writers think they’re being super-edgy. It’s not that the show needs dozens of F-bombs or full-frontal Shaggy to be interesting, but the only really adult material is found in the rampaging hormones of the show’s teen characters. 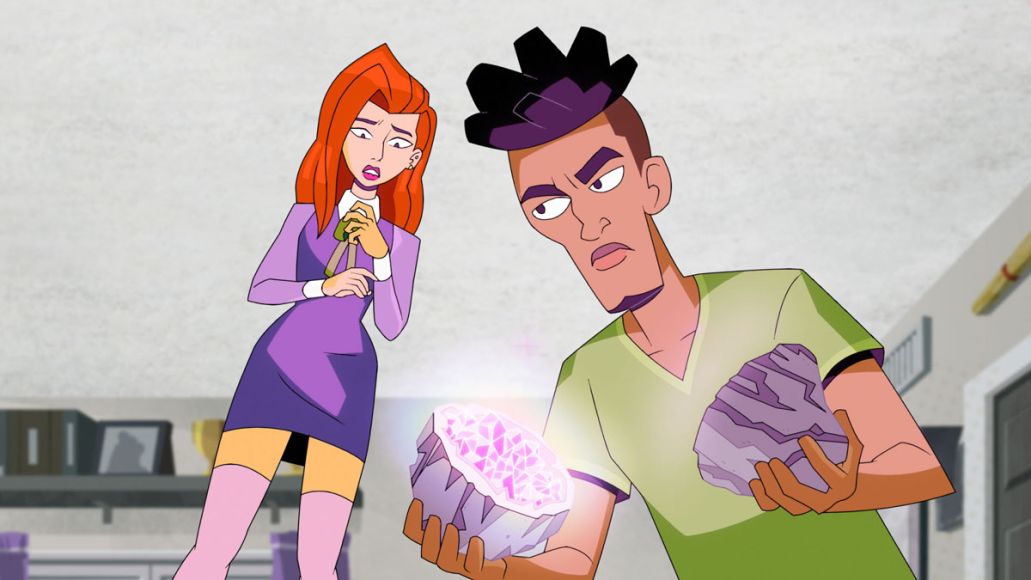