The Pitch: At first blush, Beth (Julia Louis-Dreyfus) and her husband Don (Tobias Menzies) are the picture of a healthy, collaborative middle-aged marriage. She’s an author with one undersold (but well-reviewed) book under her belt — a memoir about her “verbally abusive” father, which invites the grim question as to whether it would have sold better if her childhood had been worse — and he’s a therapist with a rapidly-waning interest in his prickly patients.

Sure, Beth’s sister (Michaela Watkins) bristles against her fickle interior decorating clients, and their son (Owen Teague) is an unambitious manager at a local dispensary, but they seem pretty stable through all these first-world New York problems.

That is, until one day, Beth accidentally overhears Don telling his brother-in-law (Arian Moayed) that he doesn’t like the new book she’s been working on. It cuts her to the quick; it’s just a book, but it’s deeply important to her that the person she’s with approve of her work. But knowing this secret information starts to unravel her sense of self, not to mention her marriage, as she has to figure out a way to move forward with this terrible knowledge.

I Had to Tell It: Nicole Holofcener’s films, with few exceptions, are charming, deceptively insightful fables about the little white lies we tell ourselves (and each other) just to get through the day. She’s a purveyor of the hilarious and achingly honest, building high drama out of the everyday textures of modern life, and You Hurt My Feelings is no different. In fact, it may well be one of her best works in a good long while.

The topic of the day, such as it is, is disappointment — the expectations we set up for ourselves, and more importantly, others set up for us, and when they hit the brick wall of reality. For Beth, it’s the expectation that she’s a successful writer, also moonlighting as a writing professor for students she’d love more than anything to believe are drawn to their work. (Surprise, they’ve barely heard of her most well-known book.)

Louis-Dreyfus, reuniting with Holofcener for the first time since Enough Said a decade ago, is predictably incredible, smart, and a bit too self-aware for her own good: Beth is a perfect channel for that Elaine-caliber befuddlement, that furrowed brow of confusion when something new and devastating happens to her. She’s warm and acerbic, often in the same sentence, and it’s always a joy to watch her work. Thank heaven Holofcener recognizes that her talents shouldn’t be restricted to the small screen. 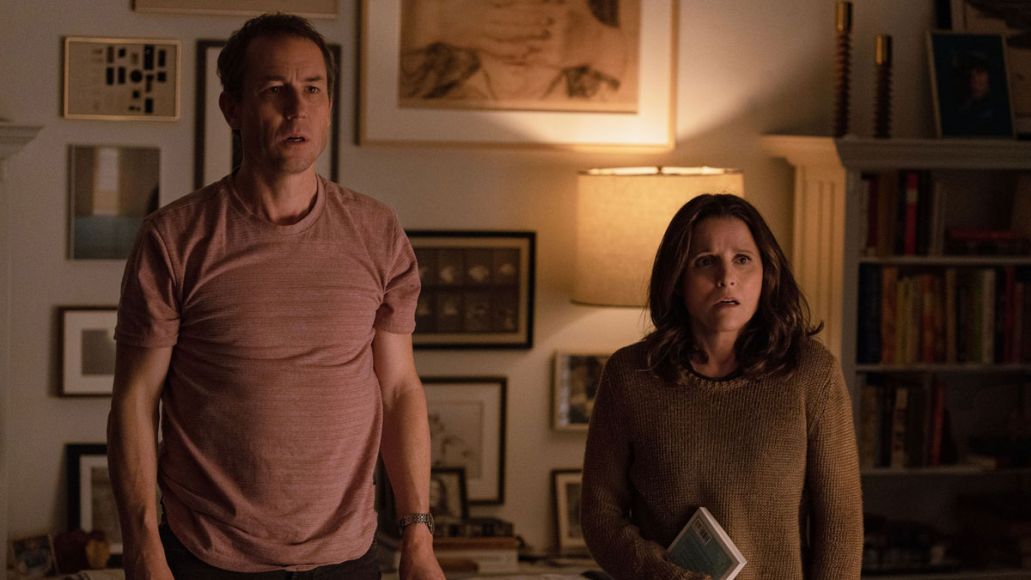 Let It Be Shitty: Despite the logline, though, Beth’s not the only vehicle for Holofcener’s exploration of the brutality of honesty. While Beth’s struggling against the thought her husband doesn’t like her work, Don himself wrestles with the notion that he’s, in fact, not very good at being a therapist: a bickering couple (Amber Tamblyn and David Cross) lambast him for not helping them with their deep-seated conflicts, and he catches another patient (Zach Cherry) muttering insults under his breath in the moment before their Zoom session closes out.

Menzies’ performance is even more understated than Louis-Dreyfus’s, with Don’s frustrating calm even in the face of existential fears about his very livelihood a brilliant counterpoint to Beth’s reactive brittleness. (The rest of the cast is uniformly excellent, as well, especially a flawlessly flustered Watkins and Jeannie Berlin as their judgmental, aloof mother, a complaint always loaded in the verbal chamber.)

Nearly everyone in the film struggles with some form of disappointment, from lost acting gigs to Beth and Don’s son obsessing over why his absentee girlfriend has left him. Eventually, he lands on the insight that his parents coddled him too much by acting like he was good at things as a kid when he clearly wasn’t — the exact kind of polite impulse Holofcener interrogates here.

How innocent are the lies we tell ourselves and others about how talented we really are? Can it lead to delusions of grandeur about fields in which you’ll never excel? Do you need to love your partner’s work in order to love them? Holofcener’s script, sly and witty as it is, allows its characters plenty of room to air these questions, whether implicitly or explicitly, and relishes in the humorous confrontations, big and small, that result.

The Verdict: Holofcener knows the conflicts in her movies aren’t world-shattering — Beth even laments at one point that she knows the world is falling apart outside the comfy confines of their well-furnished Manhattan apartment.

But what she gets more than most filmmakers is that, for the person affected, these conflicts still suck, and they still cause emotional pain. It’s raw for them, even if it doesn’t mean all that much at the end of the day. You Hurt My Feelings is a quirky, incisive study of ego death, of what happens when you learn you’re not the hot shit you thought you were and have to recalibrate accordingly.

Where to Watch: You Hurt My Feelings premiered at the 2023 Sundance Film Festival. A24 has picked up the distribution rights.