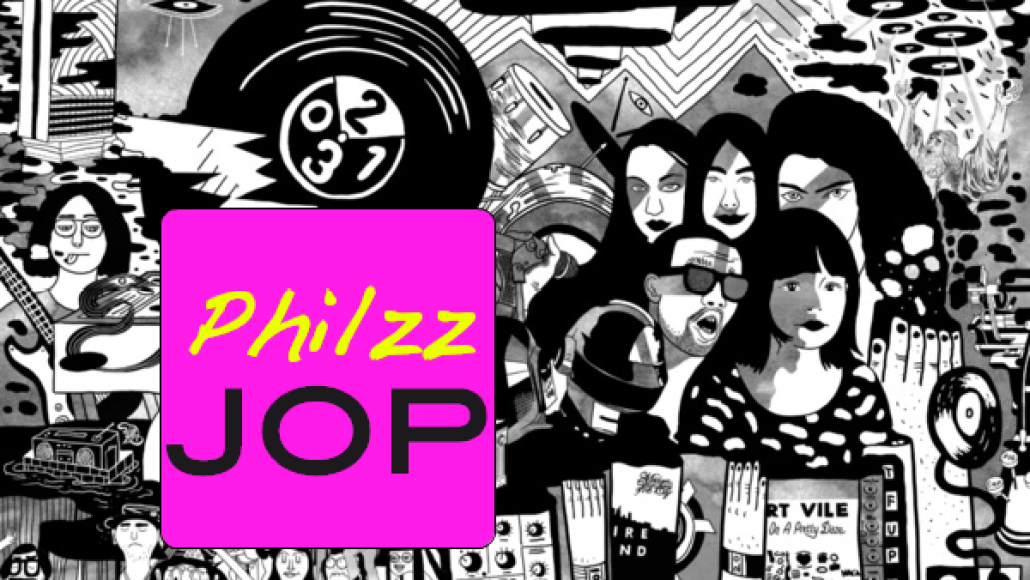 I don’t even remember what month I started “directing” Aux.Out. I remember that it happened pretty quickly, under less-than-desirable circumstances, and now we are here at the end of the year. So, allow me a second.

I’m not going to say I’m proud of my work here, all I’ve done is encourage people to write. Sometimes I’ve been able to help guide the projects, other times people have turned in 3,000 words that hardly needed a comma added (Ryan Bort). I am proud, though, that it feels like a community could be forming out of this, that the section could have an identity that hinges on the talented people that write here. Everywhere on the Internet that is worth a damn has just that. Our parent site of CoS surely does, as does Pitchfork, Stereogum, Vice, The 405, and down to the labors of love, like Zach Hart’s We Listen for You.

When you’re growing up, and even after that, music is a big part our identity. And for those of us that maybe made it too big of a part, we latch onto the community of it, whether it’s a venue or a label or scene or a band that practices next-door. The Internet lets us do this without the confines of geography or space. If I didn’t feel like I was a part of something in doing this, I just don’t know what the point would be.

So, in order for us, the writers, to introduce ourselves further to you, the reader, I made up a little writer survey and told everyone to only answer the questions they wanted and they would be published completely. They could go on as short or long as they desired. They can promote themselves or others. They can make jokes or take it seriously. Whatever they write, though, the point is that the reader can get to know them a little better, and maybe it could bring our community closer together. 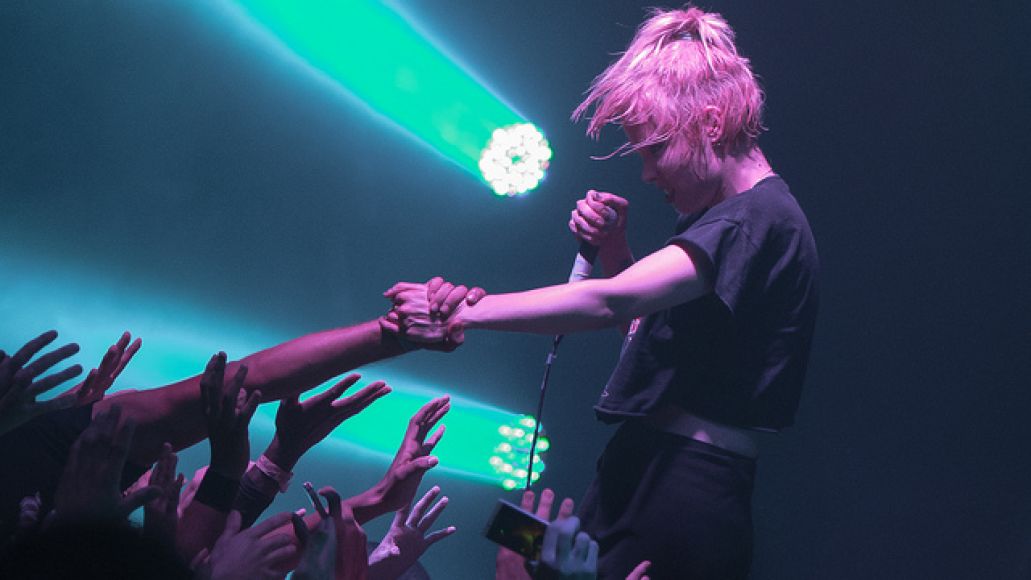 Now, even all these pages of answers to music and non-music questions only scratch the surface of who someone is, and a link to a Twitter or a bio blurb doesn’t tell you why these people are writing here (or editing, or podcasting). I know some of these folks really well, I know some of them hardly at all. I am not entirely sure if K.C. Libman is a boy or a girl at this point. But, I thought I could at least give you a little insight into the people that filled out this poll.

There are a lot of them, so feel free to just go on to page two if this is boring.

Some of the names you will recognize from Consequence of Sound. Michael Roffman is the Editor-in-Chief there and it is my opinion that if one man doesn’t get his fair recognition in this music world, it is him. For years he has guided the reviews, live coverage, interviews, and features of what has become one of the biggest music destinations on earth. He works tirelessly and still is the easiest editor I have to get in touch with. He’s my boss, and we’ve had fights and disagreements over the four years since I first wrote an article for him (it was on Japandroids’ Post-Nothing), but there’s a reason I’m here and a reason he’ll have me. My reason is the respect and fairness he shows me, something I can always count on him for. Not sure what his reason has been for having me around, he probably lost a bet or something.

Also from CoS is Matt Melis, who copy edits most everything that goes on Aux.Out., because I am not to be trusted with this kind of work. He’s good at it, and he’s in charge of the Book Club, which he does a fantastic job at. I’m lucky to have his help. Sasha Geffen wrote one of my favorite pieces and I think she is about as special of a thinker and writer as they come. She’ll be my boss somewhere someday, I hope. Henry Hauser also is in Book Club, and he has been working with me back since One Thirty BPM days. He has found a niche in this music writing universe, and has a distinct taste that I trust. And he’s just a super good and smart guy. And rounding out the CoS’ers is Nick Freed, whom hasn’t written for Aux.Out. since I’ve been here, but I invited past writers to participate and I’m happy he took me up on that. So, pitch me Nick! 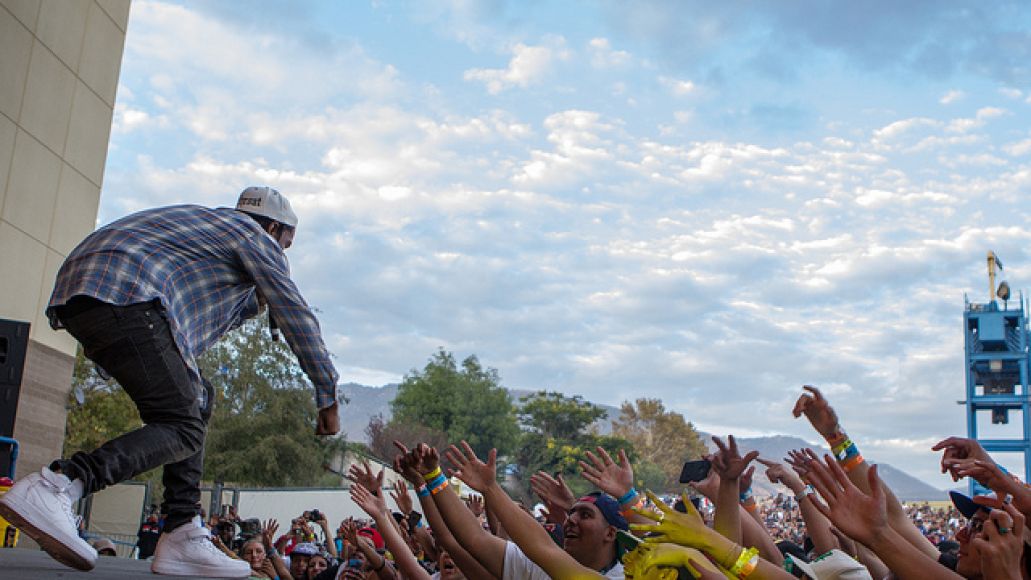 Paula Mejia I guess is also from CoS, but she’s from so many places these days it is hard to think of her that way. Paula is a writer that seems to continually be improving, and when you see where she is already writing for (Rolling Stone, A.V. Club, Spin), you wonder how good she is going to end up. I’m excited to see.

Speaking of former Aux.Out. writers, Jeremy “don’t forget the ‘D'” Larson was kind enough to participate, despite his heavy load at Pitchfork and Radio.com. He founded Aux.Out. and, if you recall, was just awful at it. But in seriousness, my goal coming in has been to maintain the vision he had, or at least maintain the quality, and when I failed at that, at least look like I tried really hard so he would pity me rather than loathe me. If it weren’t for Jeremy, I honestly would have quit writing a couple years ago, but that’s a story for another time. I’m just really happy that Jeremy participated in this.

Many of the writers that freelance here have a background at Paste Magazine, which I also write for, and probably made it easy for them to hear about this and/or find me. Rachel Bailey actually predates me at Aux.Out., but I’ve been trying to get here to write regularly and maybe we can harass her somehow until she does. Ryan Bort was an intern at Paste when I started freelancing there, and it became clear fairly quickly that he was one of those special interns that is going places. A little more than a year later and he is not letting anyone down with the work he turns in. Hilary Saunders was also a Paste intern I believe, but I only knew her writing a little when she pitched me on Aux.Out. I couldn’t be more happy that she has written here, as she brings a compassionate perspective towards the humanitarian side of music that is refreshing amid all the bullshit people talk about incessantly. Nathan Huffstutter is someone I knew from his album reviews and a few exchanges we have had and was easy to say yes to when he expressed interest. He’s a pro through and through, someone that I can exchange emails about whatever album is on my mind and have a pretty good dialogue with. And, even when I don’t agree with him, I always leave his writing with more to consider than when I arrived, which as a writer, is all we hope. 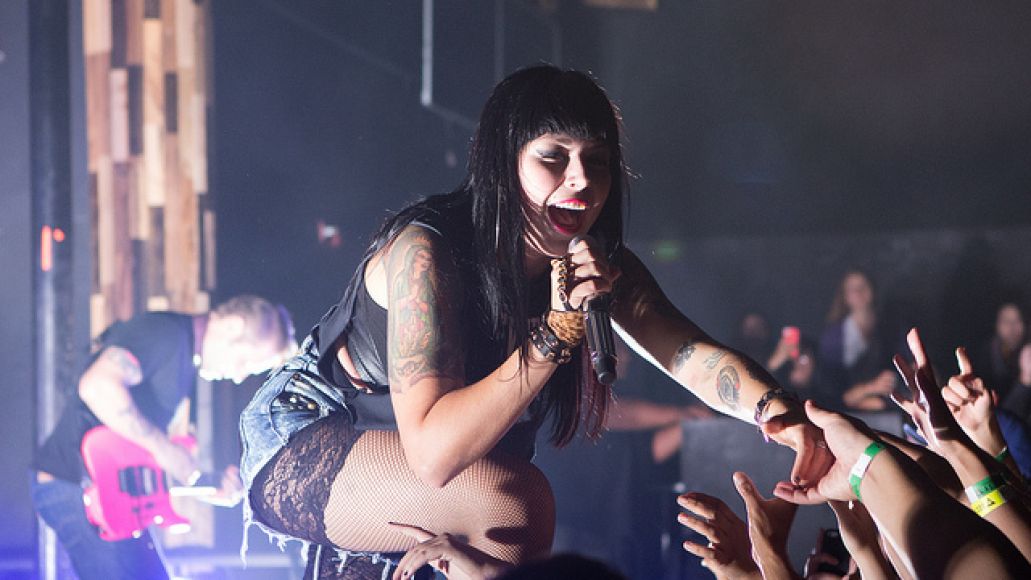 Robert Ham and Laura Studarus both write for Paste, too, but they have special roles in Aux.Out. Robert (or Bob) just began the first new recurring column under this phase of the site. We got off to a horrible start in our relationship, too. When I took this job, he had an assignment in flux, and it wasn’t handled with the care it deserved on my end, but, you know, shit was going down. It was just bad luck more than anything for him, and it took a good while for us to mend that incident, for me to gain his trust and convince him that he should work for us again. It sounds like way more work than an editor would normally do to keep a freelancer, but, as more and more people seem to be realizing, Robert Ham is a special writer and a guy we should all be rooting for. As best as I can tell, anyway.

And Laura will be joining him with a new column launching next month (hopefully). You’ll see what that is about later, but we’re so excited to have her working with us. If you read Under the Radar, you know her work, as well as with MTV Iggy. We shared the same city for a long time before we finally met a couple months back, but I am happy to call her a friend and think she is one of the brightest and most devoted writers I have met. Her passion comes through in her work, and yeah, I’m excited for contributions to come. (Now I just jinxed it and she’s probably gonna bail.)

Also here in SoCal is Daniel Kohn, who I met through covering shows (he writes for LA and OC Weekly). I’ve enjoyed building a friendship with him, and value the scope of his ideas, and his willingness to go the extra mile for a good story. Lots of people fancy themselves “music journalists,” but Daniel actually grasps what that entails.

Not all of the writers had an “in” to begin with, and we’ve published some awesome stories because of that. Cameron Wolf, Justin Wesley, Nathan Matisse, and K.C. Libman I know just through a few emails or the occasional Twitter interaction, so anything I could say about them would be more speculative. Hopefully next year that is different and I can give them the sentence or two they deserve. 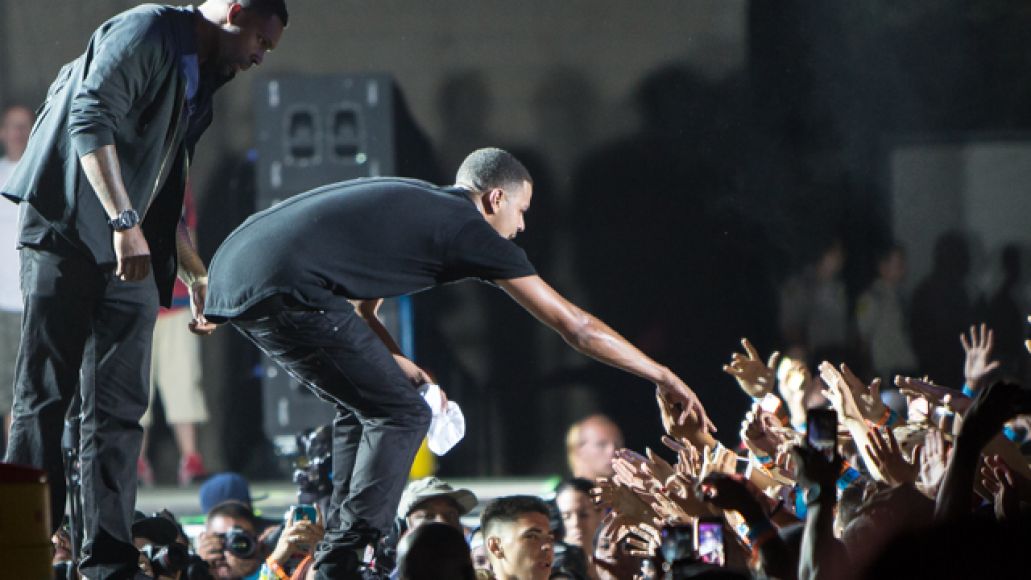 Alyssa Pereira, well, I don’t know where this woman came from, but somehow she was in my Twitter feed and soon we met in San Francisco and I am happy to have made a friendship out of a weird internet paths-crossing. She is smart as all hell (far smarter than I am), and just needed a bit of encouragement to realize how good of a writer she can be, or at least in this realm. She’s got academic writing on lockdown. Now she’s a force, consistently landing better gigs, and soon will be a success in this industry in any sense of the word.

David Greenwald and Zach Hart are already successes in this industry. Lord knows we’ve had our differences of opinions, and I think it has taken a few years, but I consider myself lucky to have their writing and opinions on my radar. Their willingness to come on our podcast and be the interesting, passionate, and brilliant thinkers they are is invaluable not just for the show, but for anyone that immerses themselves in their world. They consistently challenge my view on the most fundamental beliefs I have in music, and they both have good hearts underneath it all. Thanks guys.

Last, and by no means least, Will Ryan, whom I have worked with for years, at BPM, at Diffuser, and now here. I think the world of Will and that’s the best way I can sum it up. I can’t wait to see where our work together will go next year.

So, thanks for indulging me on introducing everyone to you. And thanks to all these contributors and the other great writers who are jerks and didn’t fill out a response, particularly Alex Young, Chris Bosman, Chris Coplan, Sam Lefebvre, Gary Suarez, Hilary Hughes, Max Bell, Luke Winkie, and anyone that I might have forgotten. We’ll hopefully have many of these folks returning in 2014 as well as some prime new contributors.

For now, enjoy the opinions of 25 writers on just about everything in music. It’s Philzz Jop.