In certain mysterious ways, electronic music is about communication, maybe to a subtler extent than most genres but no less important. As a broad genre that’s wordless more often than not, it eschews the poetics of hip-hop, the directness of punk, the narratives of country. But nonetheless the messaging invariably exists, maybe encapsulated in a song title, sample, or simply via the sorts of feelings the track conjures in a listener.

Rarely, though, does an electronic album sport so obvious an agenda as Daft Punk’s Random Access Memories did in 2013. Disco thrills begat disco indoctrination and prog reprogramming. Among its takeaways was the elevation of guitars as a tool for producers and songwriters now as it had been in the days of Chic. Not that Ratatat needed a couple of French cyborg cosplayers to tell them guitars were cool to use in dance music again. 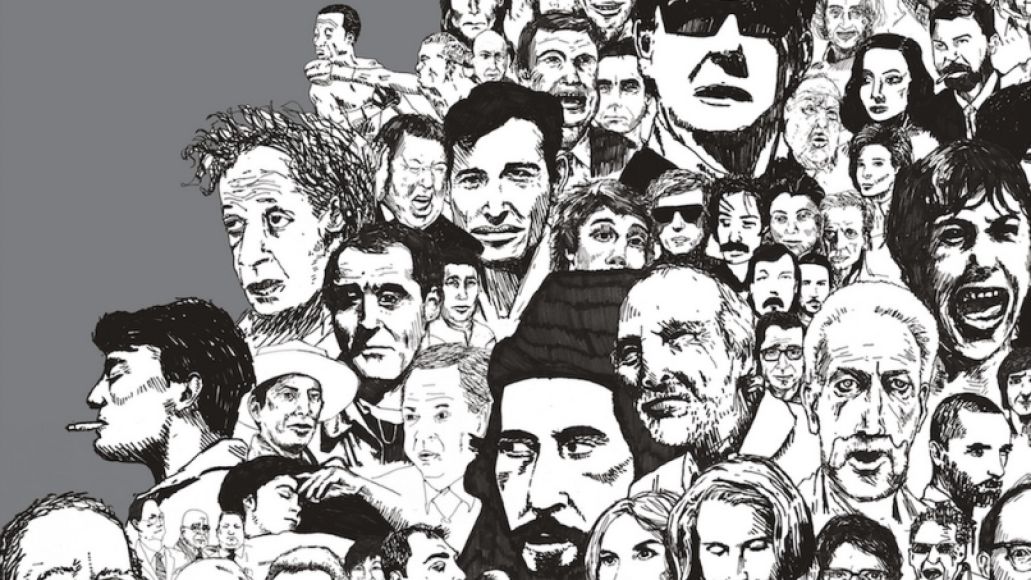 While Mike Stroud wasn’t the first of the gang with an axe in his hand, he lacks the apparent pomp and pomposity of neo-Gainsbourg galoots. Where the Versaille gents of Phoenix seemingly arrived to be crisp, tailored pop stars, the Brooklyn boys of Ratatat came out of the gate like the Second Coming of Foghat. Lyrics weren’t important, but evocative, arena-filling riffs were. Stroud and Evan Mast’s first records together pivoted between enticement and clobbering like all good classic rock does.

Even if not the intent, Magnifique serves as a handy response to the gimmick-laden bloat of Random Access Memories, a “Sweet Home Alabama” corrective to counter Neil Young levels of self-righteous smugness. It’s the latest in a subliminal, intercontinental conversation between the duos, one that started curiously enough with 2004’s Ratatat only to be answered the following year by Daft Punk’s somewhat similar yet still deeply misunderstood Human After All.

Communication, naturally, happens from track to track within the confines of the same album. “Drift” is an aloha spoken by a woebegone droid, yet when the same swaying returns later on “Nightclub Amnesia”, it’s more upbeat and unapologetic. On “Supreme”, things get wistful again on a Roy Orbison tip. But they’re all connected, and the commendable cohesiveness of the entire album suggests these aren’t the last five years’ scattered keepers reluctantly compiled to appease Ratatat’s contractual overlords.

Though described in standard PR boilerplate as a return to form following the more liberal LP3 and LP4, Magnifique doesn’t exist in some vacuum. Ratatat’s genre-hopping albums inform their latest one, albeit with distinct new outcomes. The tavern tears of “I Will Return”, the boombox hustle of “Cold Fingers”, the hold muzak of “Countach” — all of these are but a game of telephone, mutating the original message into ever more creative interpretations of what could’ve been a rather limited template. More straightforward, “Cream on Chrome” satisfies more rockist cravings.

Click ahead for a roundup of the rest of July’s major electronic releases.