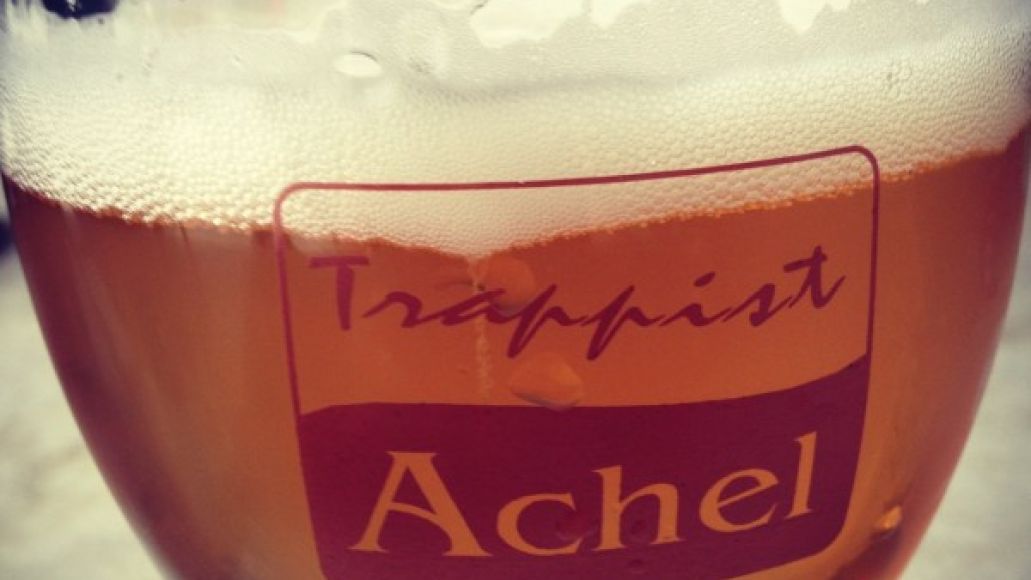 As you do when you break free from the tethers of email, I left an auto-away message on my Gmail that read, “I am in Belgium of all places.” When I arrived in Belgium, I met with Tom Pieters who was organizing my stay through Tourism Flanders. “I noticed your auto-reply message. Why did you say ‘of all places’?” It was hard to convey to him what was both a little joke and my thoughts on Belgium pre-visit.

As I type this, I’m on a train back from Bruges, passing through farm fields with scattered cows and small brick cottages with stucco roofing. Since I first arrived in Belgium, I’ve felt the country and my home state of Wisconsin have a lot in common; they’re both most stereotypically known for beer and food that’s horrible for you (cheese and waffles, respectively). And while I begrudgingly take pride in my squeaky-ass cheese curds, there’s always a sense of “Hey there’s more to Wisco than cheese.” In my time here, that’s generally the subtext of Belgium and I suppose anywhere you travel: look beyond the brochure.

Another reason I’m here is to experience Flanders (the Northern part of Belgium that contains Brussels, Bruges, Ghent, Antwerp, and Leuven) as a Festival. Just the northern part of Belgium plays host to more than 280 festivals throughout the summer. Some are smaller, local festivals in small towns, while others include Rock Werchter drawing over 85,000 people a day. After almost a week here, walking around by myself, drinking some of the best beers I’ve ever had, talking to some mall punks while Rise Against is playing, being in the middle of a Skrillex pit, watching Patti Smith at an amphitheater in the woods, I haven’t seen a brochure that accurately captures the quiet and the loud of Flanders (it’s like a Pixies song!). Even if this little recap of my time serves as a new brochure, look beyond and go and see for yourself.

10:45 a.m. – On the train from Brussels airport to Leuven, the hills roll like they do in Wisconsin. I don’t know if you can define “quaint” as the opposite of urbane, but it struck me here for the first time as an optimistic word. Far away places are always filled with wonder and awe, just a sign in a different language can leave you agog as you try to synthesize its definition in your own tongue, but there’s always something vaguely familiar about every foreign place you go. The more places you travel, the more ties you make to other places you’ve been. It’s like listening to the band Girls, having remembered that you used to listen to The Everly Brothers.

One thing about Leuven as I walk through it in a fog of residual Tylenol PM is there’s bustle with no hustle – static energy. Also, there’s no music blaring from any store or on any street corner. It’s a quiet day, I suppose.

I’m trying to think of something funny or “WTF Belgium?” about Leuven but nothing really strikes me like here. It’s a small city with a university and bars every 50 ft. 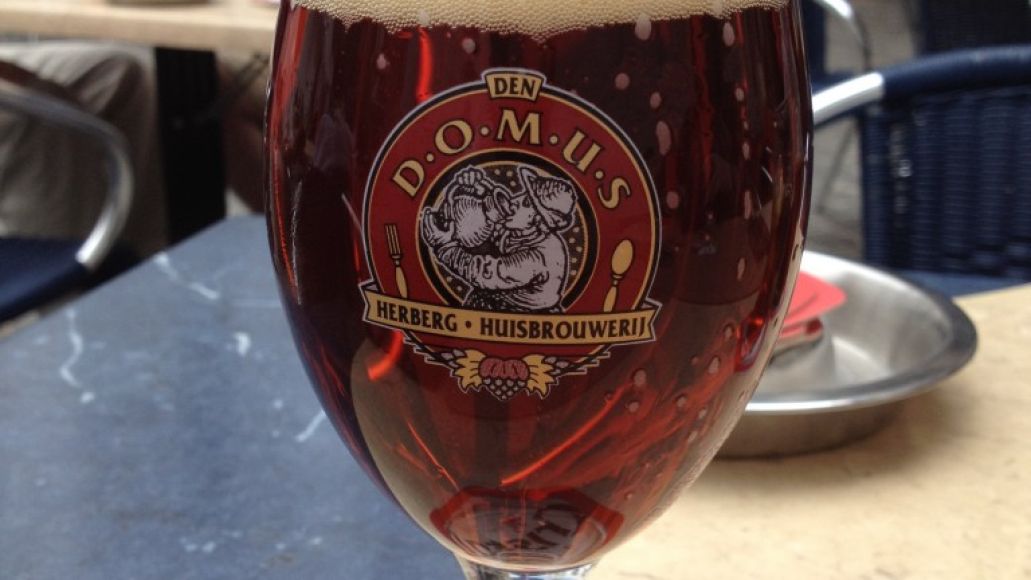 3:00 p.m. – I come to find that Leuven, home of the Stella Brewing Co., is angling to be the Beer City of Europe, much to the chagrin of its bigger brother Brussels. Leuven was built on beer, it ran on beer, it lives and dies by beer, and the beer is really, really good so it gets my vote.

8:45 p.m. – The only music happening on this Wednesday is a Flemmish High School choir doing a cappella renditions of Queen, Lady Gaga, Isley Brothers, etc.  They did this with impeccable American accents, even though all the interstitial crowd goading and joking was in Dutch. 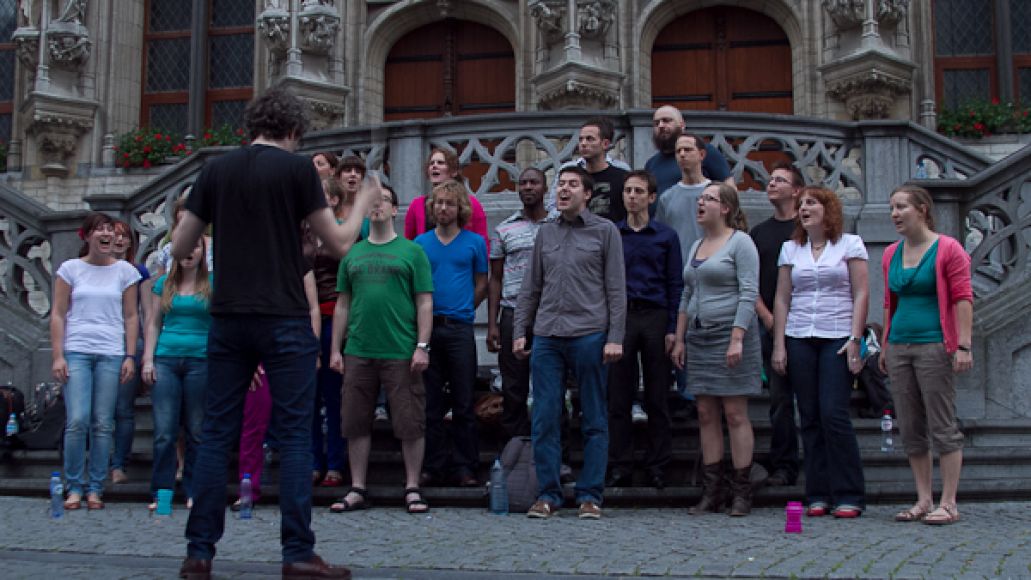 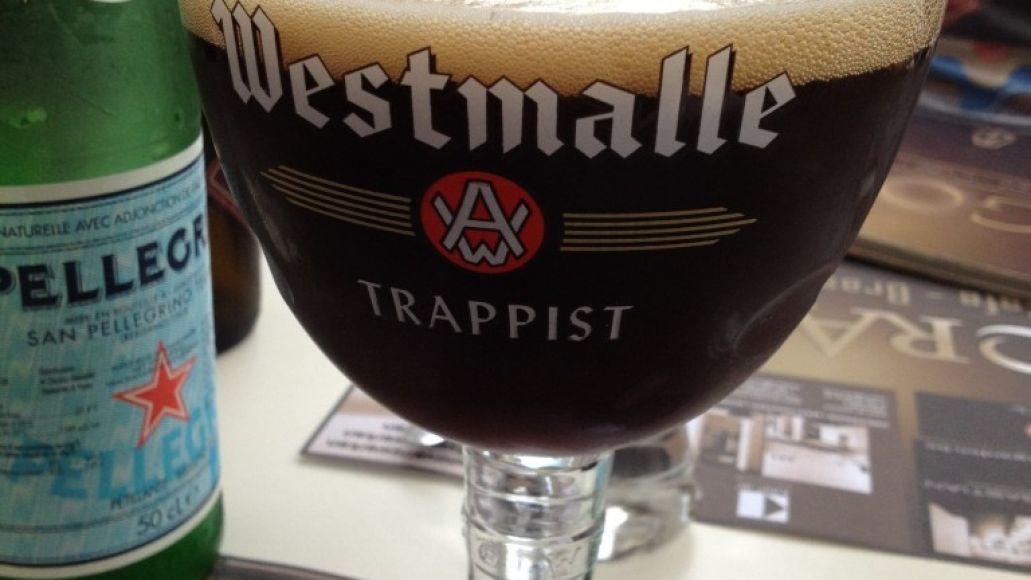 11:30 p.m. – Spain won the semi-final because there are about 500 people gathered in the Market Square screaming and watching 36” flat screen TVs jerry-rigged out in the front of the bars. My fair-weather love of soccer is in complete dissonance with the rapt audience so I went to the silent square and took this picture and went to bed. 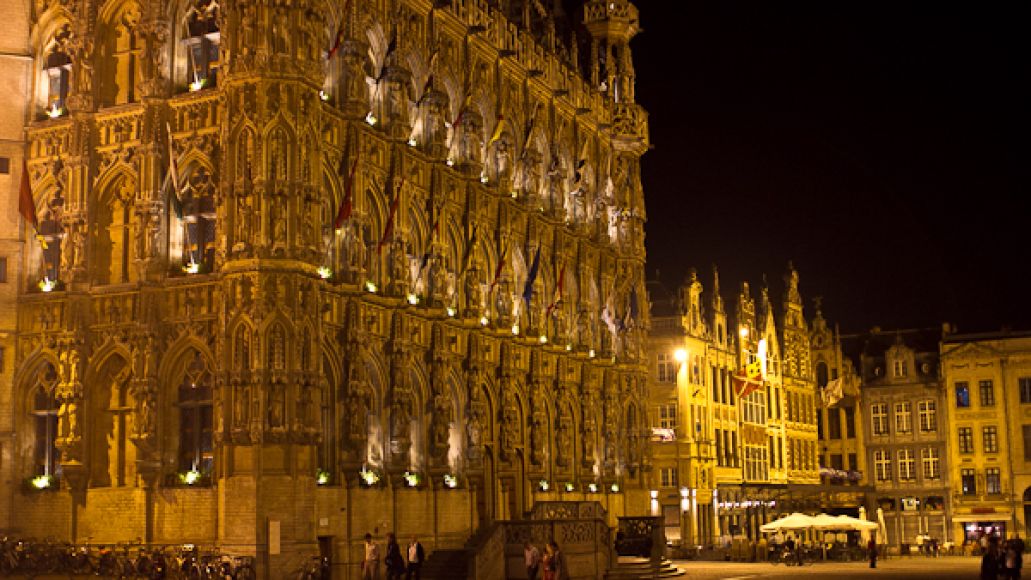 10:15  a.m. – Record shopping, going to two places in Leuven. First shop turned up nothing but this: 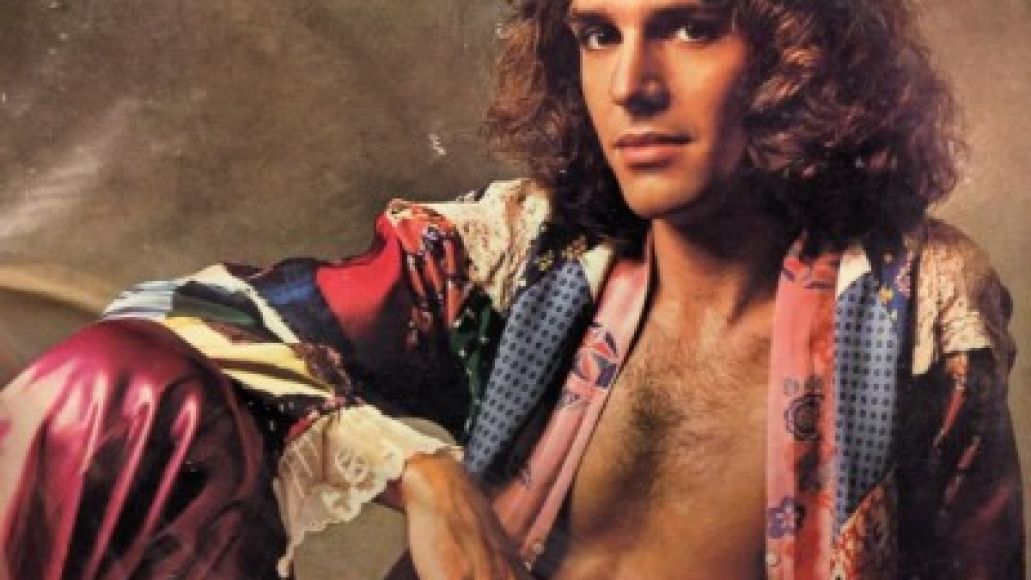 Second shop, Giraffe Records which is a dub and D&B-centric shop turned up this: 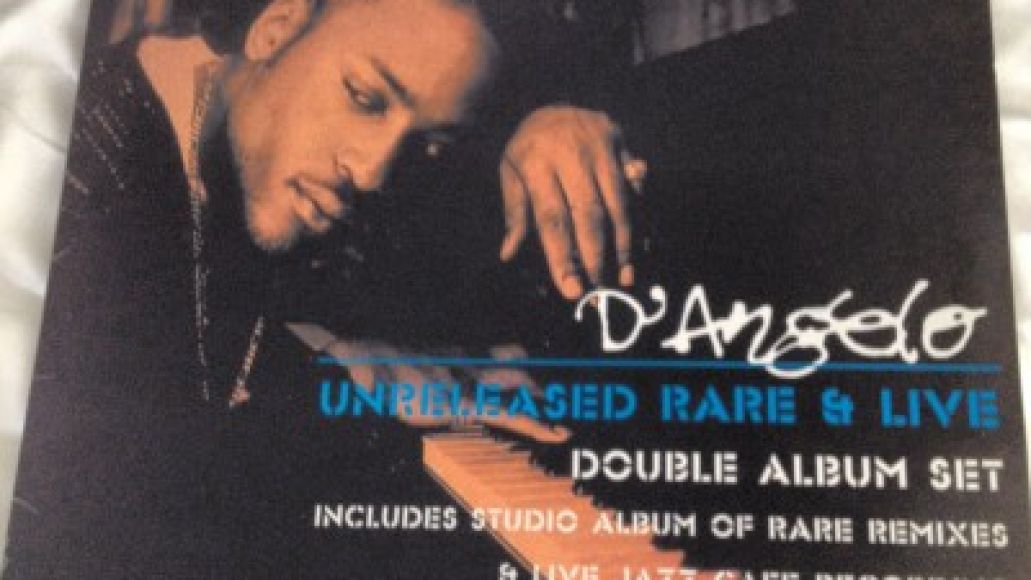 12:40 p.m. – Leuven is bustling more today – people getting ready to head out to Rock Werchter hanging out in the street. There’s a dude busking and he’s the worst and I took a video hoping he’d be at least OK to put up but — this version of “Message In A Bottle” is best left unheard. 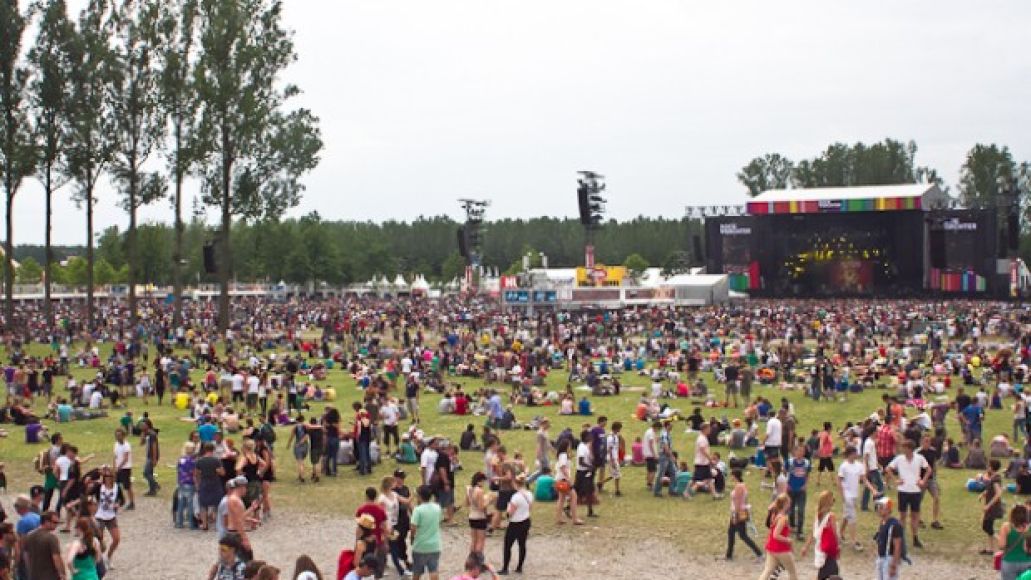 4:40 p.m. – Brazilian electronic standard-bearer Amon Tobin plays inside of a Tetris barricade set up in the Pyramid Marquee with astral-industrial visuals projected on it. The totally jazz-less set was dizzying and dense — and after the uninitiated were displaced out of the crowd, the remaining head-nodders zoned out with Tobin for the better part of an hour. 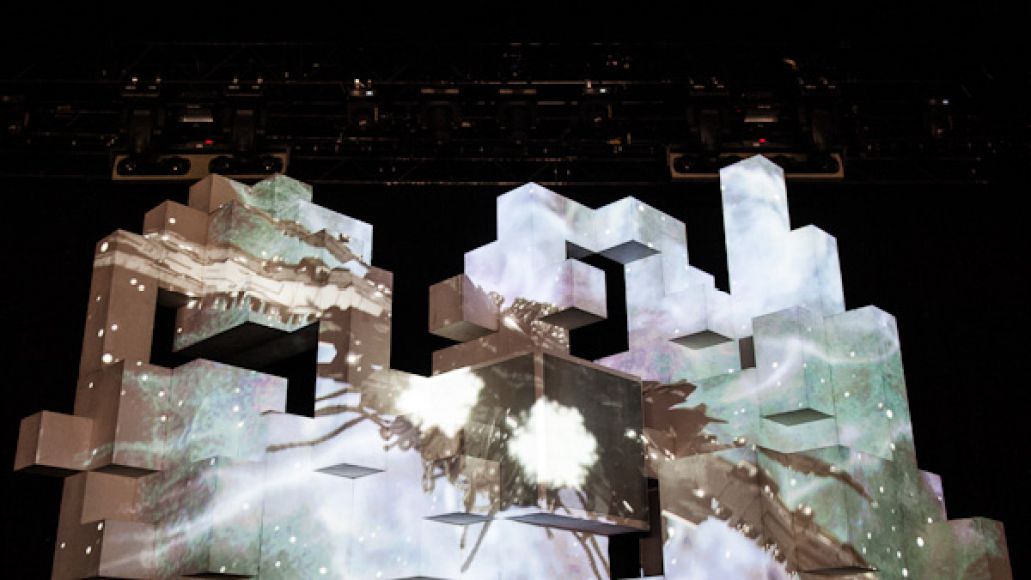 5:45 p.m. – Both the Pyramid Stage and The Barn are covered tents and if only it weren’t the hottest day of the year and it were pouring rain and if they had side ventilation I could get more behind that. The tents unfortunately served as hot boxes. In The Barn,  The Maccabees had four industrial fans blowing to keep them cool. The fans were certainly “function over fashion” in the swelter of the tent, but their slick hair and slicker pop-arena treacle rubbed me the wrong way. I sat and listened outside of the tent where it was markedly cooler, where their 2009 single “Love You Better” wandered about as lead singer Orlando Weeks did his best Win Butler impression. I wandered away. 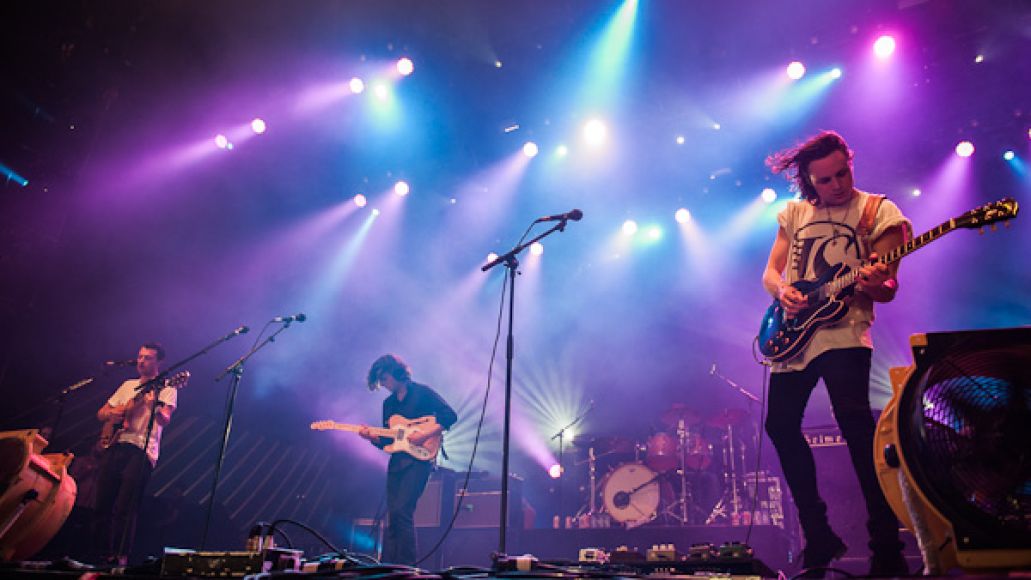 7:35 p.m. – Against severe odds, I’m somehow really digging these Rusko-produced dubstep tracks Cypress Hill’s doing at the end of their set. Also, talk about hot boxes inside of that Pyramid Marquee stage. 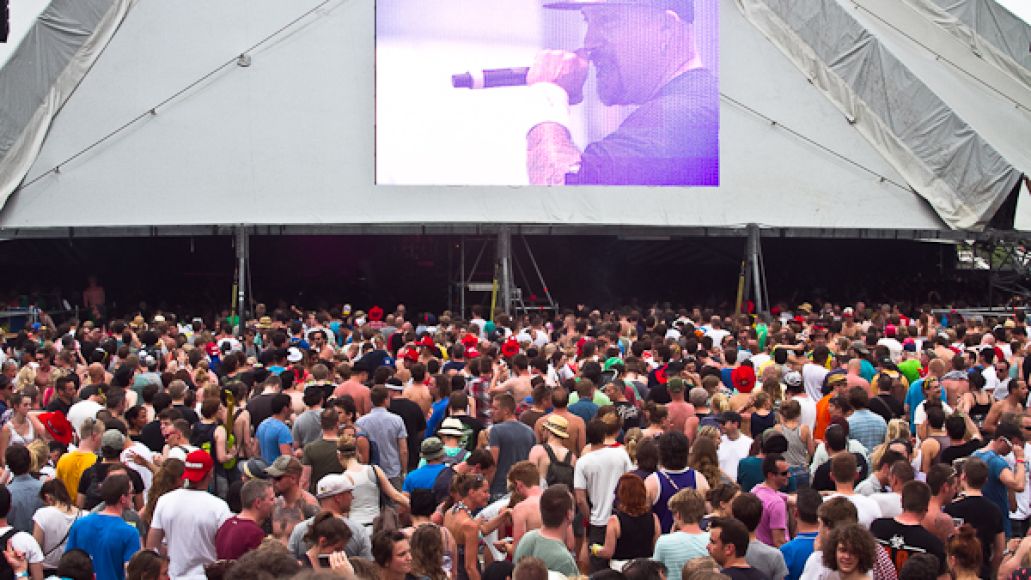 9:15 p.m. – It’s all about nostalgia and feeeeeeeelings on the Main Stage today. You had the Mellenials and Gen-Y with their American high school bands like The All-American Rejects (who have not aged well), Rise Against (who have aged surprisingly well all things considered), and Blink-182 (what’s their age again?) weighed against the band emblazoned Gen-X’s family crest, The Cure, who despite being the elder-statesmen of the lineup, show the least amount of wrinkles of them all. Each band played to an audience that either wanted to recall the golden years, or an audience in a state of harmless but dubious arrested development. Age, fashion, demeanor, and occasionally makeup separated the factions of fans in the crowd, and oh those poor Cure fans camping in the front row during Blink-182. The pain on their faces surely must have rivaled the pain Robert Smith made them feel when they were younger. 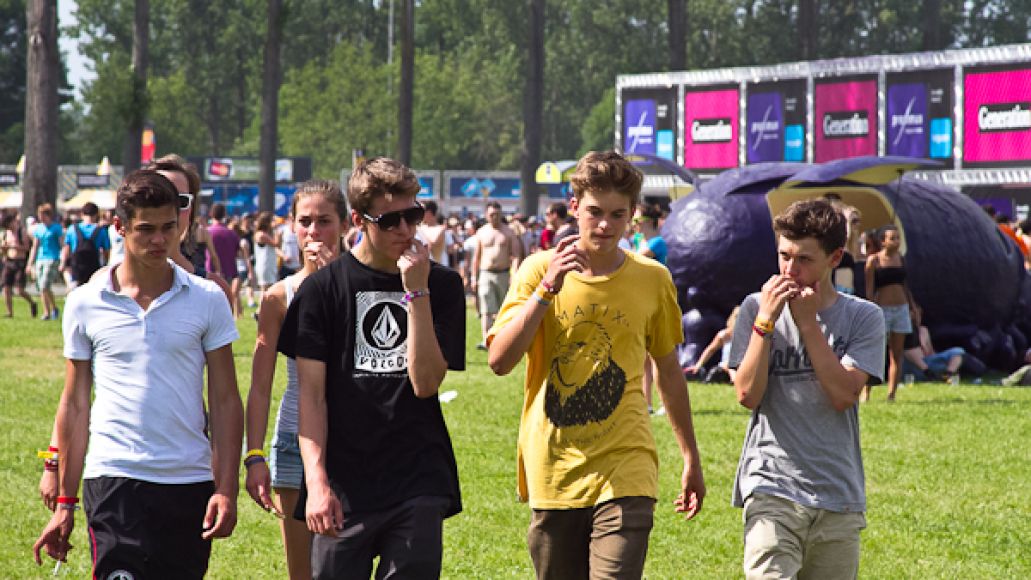 Blink-182 sounded thin and rushed, and if there actually were a sizable amount of people genuinely losing their shit to “The Rock Show” I would have to capitulate to their age-old antics, but it was lukewarm at best. Who’s embarrassing who here? Also, the way Travis Barker plays drums straight pisses me off and I have no idea why.

10:15 p.m. – The first Belgian act I caught today was Leuven’s own Selah Sue. She’s opened for Prince, worked with J.Cole and Cee-Lo, and puts on a damn fine show for a 23 year-old from small-town Belgium. It’s hard to tell how in control of her band she is, but the lay back on that dub bass/acid jazz groove is real nice on the song ‘The World”. I got chills (or as this guy told me there, “all chicken-skinned”) during that song not specifically because of a climactic moment, but there was a rousing ovation mid-song that rang of her arrival (in Belgium at least). She’s mastered the art of the Adele kiss-off ballad, the Joss Stone R&B raspy-stomp, and even puts forth a little Brooklyn hip-hop into her song. It was a magnetic performance — the best kind of pop. 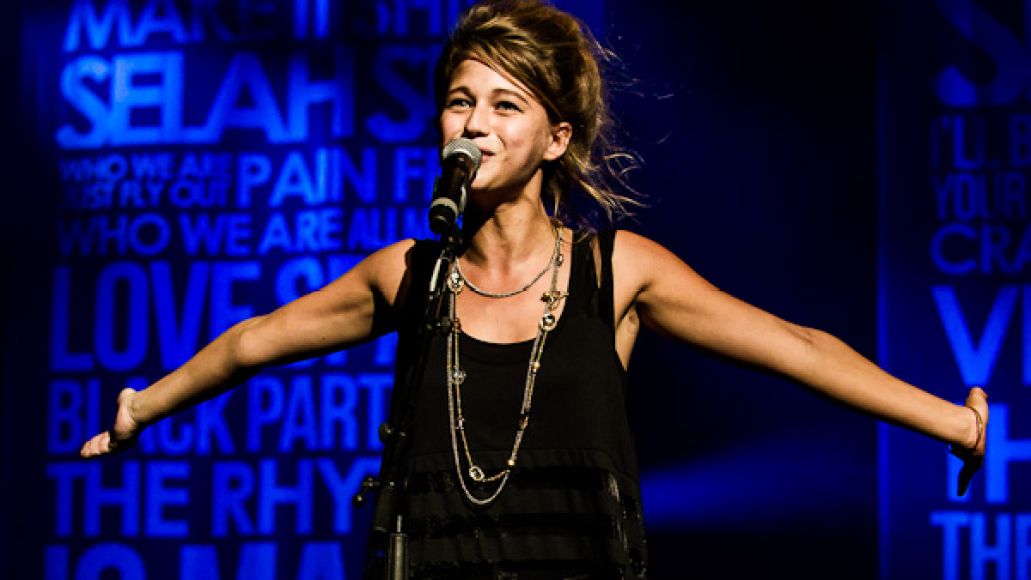 11:20 p.m. – I’m just so impressed with The Cure. “Just Like Heaven” may be one of the best songs ever written, and even though my generation’s timely high school anthems were on parade earlier, it was here I wish I was pre-Hot Topic emo kid. 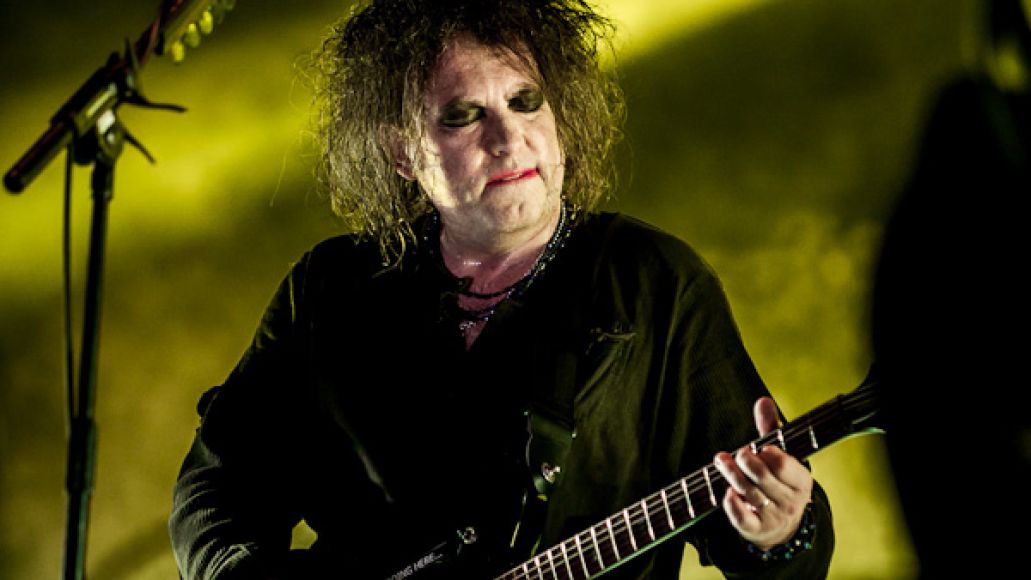 12:35 a.m. – Waiting for Skrillex to go on and I’m pretty sure like no one’s on drugs. I have mixed emotions about this.

1:15 a.m. – Skrillex put on an OK show. That visceral punk mentality that I was expecting with his show was absent, the energy of the crowd wasn’t really ready to get absolutely destructive, which was what I had hoped for. There’s a small amount of timidity about the crowd at the dance stage which is not annoying but also not totally charged — and I was pretty deep in there. He minimized any drastic remixes of hits like “Scary Monsters and Nice Sprites” (which he’ll often remix live to even more mixed results). The wooden plank boardwalk built out from inside the tent toward a giant rave-monolith did start to bow whenever Skrillex dropped that bass. That felt dangerous in a good way. 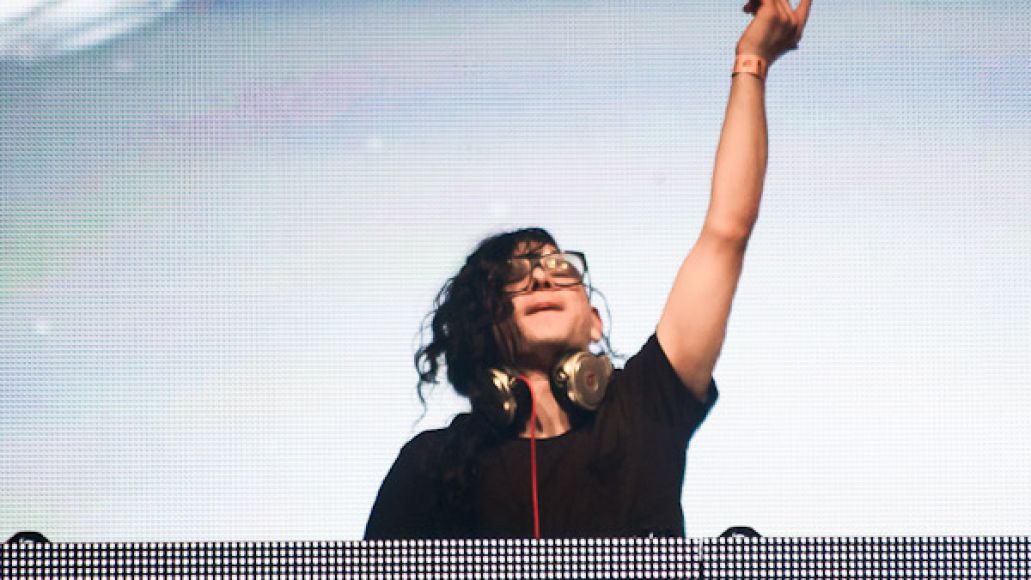 1:50 a.m. – Just caught the final part of Justice doing “D.A.N.C.E.” with Jay-Z’s “On To the Next One” on the Main Stage. The crowd feels about equal between Justice and Skrillex, which seems about right. 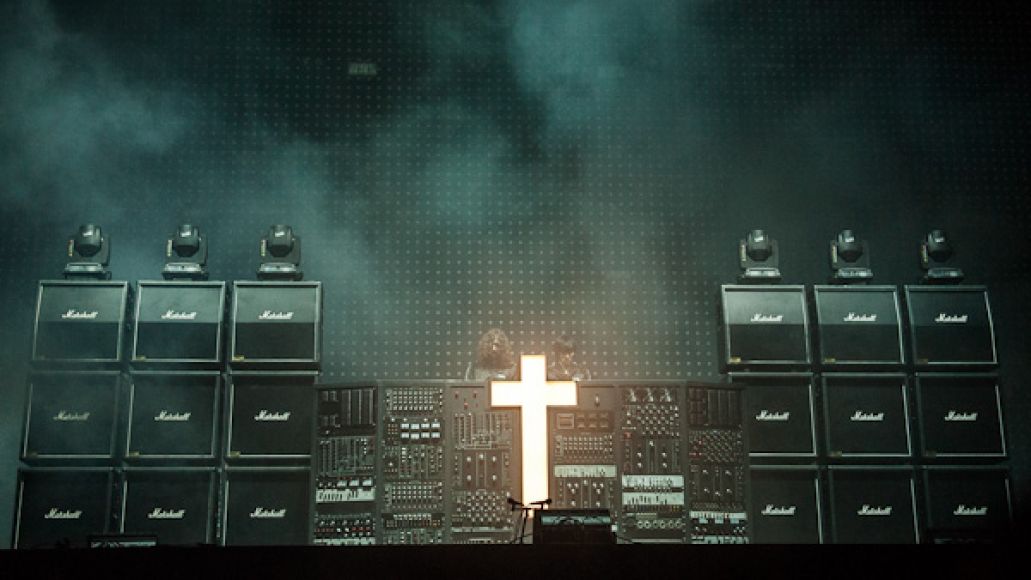 In Travel: Rock Werchter, Couleur Café, and the sights of Flanders, Belgium