On July 30th, 2012, the most infamous media story of the year broke. Jonah Lehrer had fabricated quotes from Bob Dylan in his latest book, Imagine: How Creativity Works. It followed initial accusations that Lehrer had plagiarized himself on multiple occasions without citation and lifted from the works of other writers, both directly and theoretically. This solid revelation was the one that finally brought Lehrer’s work under explosive review by the rest of the media — a discovery missed by the editors of his popular books. It wasn’t discovered by the New Yorker, Wired, or any other outlet he regularly contributed to. It was discovered by a self-described “Dylan obsessive” who also happened to be a journalist for Tablet.

These days they say to watch out for the Beyhive or the Directioners, those self-named fan groups of Beyoncé and One Direction who are known to wage often senseless war with competing groups, naysaying journalists, and hapless members of the general public who might disparage their favorite artists. The hundreds of Tumblrs those fans fill with gifs and the sudden vitriol they spew when taunted remain as shallow as a kiddie pool compared to the depth of knowledge that Bob Dylan’s fans have cultivated about his work.

It was that intimate familiarity that drove journalist Michael Moynihan to research a few quotes from Dylan in Lehrer’s Imagine that were unfamiliar. The book details creative genius, taking stock of how several notable figures in creative fields work and get inspiration. Lehrer focuses in on Dylan’s writing of “Like a Rolling Stone” and proceeded to lie to Moynihan about the genesis and authenticity of the quotes, until he was unable to lie convincingly any longer and admitted they were falsified. 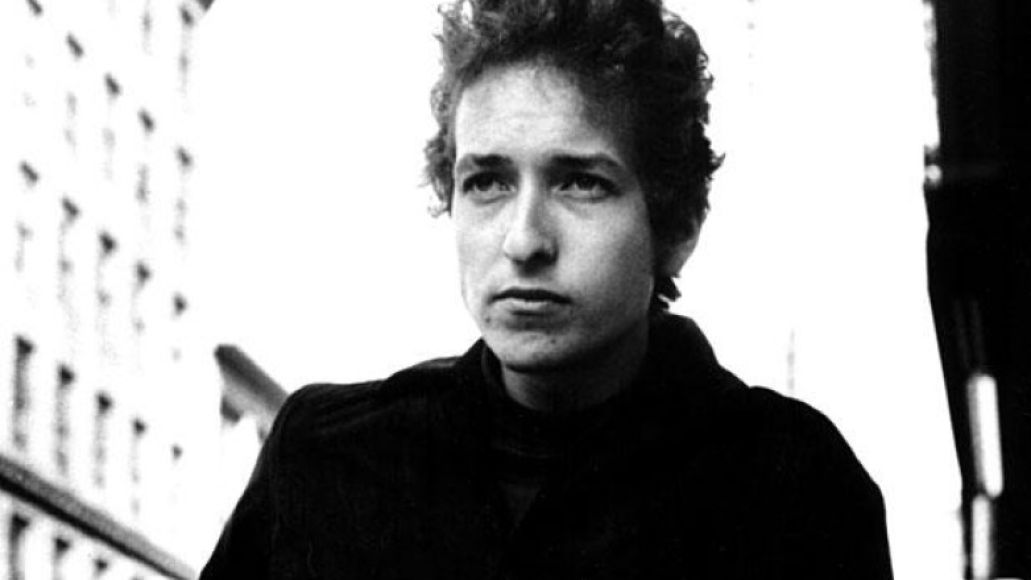 Let’s be clear: It is unethical for a writer to fabricate quotes. Period, full stop. It’s such a massively unethical thing to do that Lehrer’s publisher, Houghton Mifflin Harcourt (who, in the interest of full disclosure, also published my book, pulled Imagine off the shelves even though it was a No. 1 New York Times bestseller, offered refunds on all purchases, and put it out of print.

Furthermore, Lehrer’s problems with plagiarism and generally frowned upon writerly practices caused his publisher to review his previous two books as well. Ultimately, they determined that his second book, How We Decide, also contained enough problematic content that it was given the same treatment as Imagine. To recap: Lehrer had two of his three books pulled by his publisher, was forced to resign all of his column-writing positions from prestigious publications, and issued a public apology for his deceit and unethical behavior.

But is the way we viewed the ethical dilemmas Lehrer fell into different from the ethically problematic output of Dylan himself? 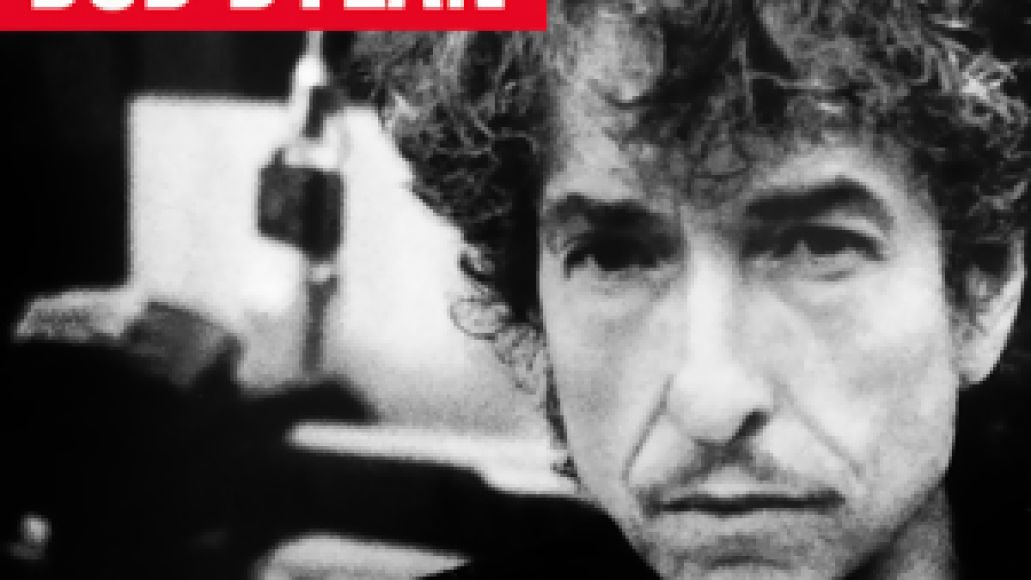 On September 11th, 2001, Dylan released an album called Love and Theft. A chapter in a new book by David Kinney, called The Dylanologists: Adventures in the Land of Bob, revisits the controversy that emerged a few years after its release. At the time of its release, fans and critics alike noticed certain literary and musical allusions. It’s par for the course for any songwriter and certainly up Dylan’s alley to pay homage to whatever is inspiring him. His obsessive fan base caught turns of phrase similar to dialog in The Great Gatsby, a W.C. Fields quote, the words of Virgil, and those of Dylan’s musical predecessor Woody Guthrie. For Dylanologists, it’s always a hunt and peck game when a new Dylan album comes out: Find the secret messages and get one tiny step closer to the enigmatic artist.

But in 2003, an American living in Japan bought a copy of a book called Confessions of a Yakuza. The man, Chris Johnson, was looking for some information about Japan’s organized crime and mafioso when he stumbled upon this oral history of a Japanese gangster. He also happens to be a huge fan of Bob Dylan.

Kinney writes that the title Love and Theft was thought by fans to come from an academic book of the same name about blackface minstrelsy by Eric Lott. But the author of Confessions, Junichi Saga, offered the Wall Street Journal an alternate interpretation, saying, “The two themes [of the book] are love and the life of an outlaw — in other words love and theft.”

Major publications, including the Wall Street Journal, the New York Times, and the L.A. Times, had to ask if Bob Dylan was a plagiarist.

The Wall Street Journal catalogs the 12 phrases from the book that Dylan lifted for lyrics in Love and Theft. Some are direct copies; others have a slight twist. All in all, the L.A. Times figured that Dylan’s lifting from Confessions contributed to about 6% of his overall lyrical work on the album. That is not a big number, but it’s much more significant than the amount of Lehrer’s book that contains fabricated quotes from Dylan. To date, Dylan has not confirmed or denied he has ever read Confessions of a Yakuza.

In the end, this discovery only solidifies the argument that Dylan’s conceit with the album was to create a homage to various works, musicians, writers, and artists he admires. That his concept was to create a treasure hunt for the dedicated. And that in doing so he created a wholly original work of art.

The line between art and theft is a narrow one and subject to interpretation. That line, and what inspiration exists on either side of it, was what Lehrer set out to explore with Imagine. The conceit of the book was not far from the idea explored by Malcolm Gladwell in many of his bestselling essay books. Lehrer would speak to the creative minds and use what we know of brain science to explain why their creative process was actually a scientific process. In the case of Dylan, Lehrer wanted to get at the heart of his creative process in writing about the track that Rolling Stone named the No. 1 in their list of the Top 500 Songs of All Time. It’s a topic Dylan has addressed in multiple interviews over the decades since its release. It is a question everyone wants an answer to: How did he write this stellar song that changed everything about rock? Given the amount of insight Dylan has offered over the years, in his Dylanesque way, it is remarkable that Lehrer would feel the need to fabricate a quote to fit his work. It’s even more amazing that he would do it with an artist whose every utterance has been so thoroughly cataloged and analyzed by both the press and his fans. 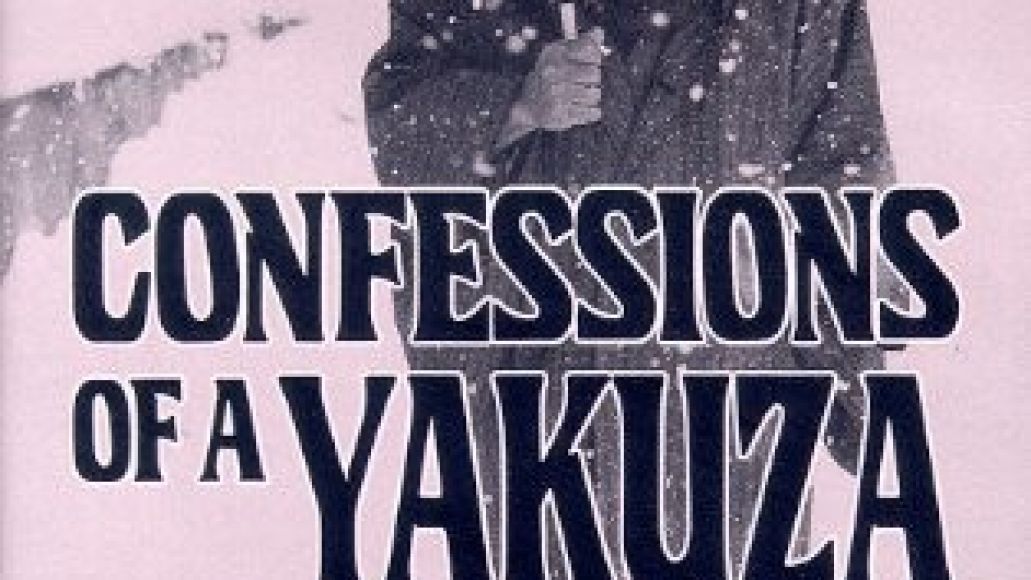 That absurd decision led to a full examination of Lehrer’s work, with detailed breakdowns of Lehrer’s leaps across ethical boundaries detailed by Slate, New York  and Jim Romenesko. They detailed his self-plagiarism, plagiarism of others, plagiarism from press releases, factual inaccuracies, and quotes thought or proven to be falsified. Not everyone agreed with all the instances cataloged against him, however. Malcolm Gladwell came to his defense in the case of a particular quote both men used, saying that Lehrer simply used a similar quote to one he’d used previously and to call that plagiarism was a stretch. The rules of what constitutes plagiarism are not black and white. Lehrer’s body of work caused many in the media to spar over where, exactly, the line was.

Dylan’s fans embarked on that same debate anew when he published Chronicles: Volume One, his autobiography, in 2004. It might not have fit Lehrer’s preconceived notions, but The Dylanologists tells a story that pretty well gets at his creative process. In a conversation with Joni Mitchell, the book recounts, she complimented him on a song she liked. He replied that “the box wrote it.” When she asked what that meant, he told her that he wrote down things he liked from movies or that he heard people say and put them all in a box. Chronicles was like that box on steroids.

It’s probably one of the strangest autobiographies ever written, but that’s par for the course for Dylan. Quickly one Dylanologist started examining some turns of phrase in it that caught his eye and realized Dylan had lifted ideas, lines, and sentences from all sorts of writers. He found Proust, Mark Twain, and a chance meeting retold in the descriptive prose of a 1946 book by a jazz musician. Warmuth again took up the challenge of decoding Dylan (or, in the minds of some, finding the other sources he’d plagiarized) and found so much more: H.G. Wells, Thomas Wolfe, and The 48 Laws of Power were among the many, many, many influences he lifted and buried into the text with no attribution. Warmuth cataloged them all, real and hypothetical, on his blog. 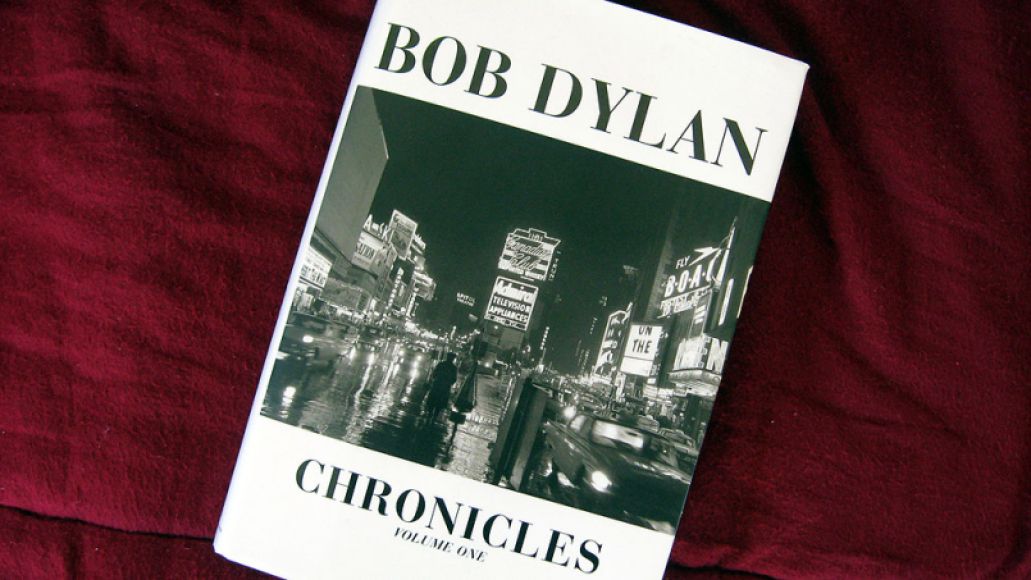 The overall response from music critics and Dylanologists to all of this was that this was acceptable because appropriation and reinterpretation was the world Dylan came from. It was part of the tradition of American folk songs, a tradition that launched Dylan’s careers, to take the old for use as you saw fit. Over the years, some fans came to see it as Dylan’s way of communicating, albeit indirectly. The Dylanologists cites his quote, “If you like someone’s work, the important thing is to be exposed to everything that person has been exposed to.”

But Dylan loves to muddy the waters, as the New Yorker point out in their review of The Dylanologists, which concerns itself largely with the same subject matter as this article. In fact, it points to a 2011 interview with Rolling Stone, where Dylan dismisses the idea that he’s been creating some great cultural scavenger hunt with his later work when he says, “Why is it when people talk about me they have to go crazy? What the fuck is the matter with them? … May the Lord have mercy on them. They are lost souls.”

The ethical standing of how Dylan’s and Lehrer’s writings are both in a gray area, Lehrer because he’s committed genuinely murky crimes against journalism, Dylan because he refuses to tell anyone what’s a farce, what’s a tradition, and what he’s stolen. If they’ve both behaved ethically or not is a subjective call, entirely up to the reader to determine.

What you determine may say more about you than it does about either of them.

Courtney E. Smith is the author of Record Collecting for Girls. As a native Texan currently residing in New York City, she is thrilled that the barbecue situation has improved. Someone let Courtney use technology.