Brainwave is a column by Sasha Geffen, exploring the interaction between music and the mind. Today, she discusses Alive Inside, and asks if music in 2014, and how we experience it, is something that will resonate for a lifetime.

A few weeks ago, my friends in the band Another Cultural Landslide pointed me through Twitter to the documentary Alive Inside, which captures Alzheimer’s and dementia patients in nursing homes waking back up to themselves upon hearing their favorite music through a pair of headphones. The six minutes of the film that’s on YouTube features an elderly man, after years of silence, singing along to gospel songs as if by reflex. Afterwards, he can finally answer questions about himself and his life. He raves about Cab Calloway.

One of the scientists interviewed for Alive Inside describes the process of coming back to the self after a long period of absence. The identity of Alzheimer’s patients drips away from them. The people they love, the places they know—every landmark of the self starts to blur until there’s little besides a small, self-contained perception of the present moment. The film shows how music, and apparently only music, can unlock parts of the mind that otherwise seem to have decayed.

Any adult who loved music as a teen knows how songs work as capsules for past selves. Listen to something buried for a decade and you’ll feel stuff you’d forgotten how to feel. A part of you gets written into a sequence of sounds so specific that nothing else can hold that same fragment. You probably have a few songs you love but can’t listen to because the fragments hurt too much to open. 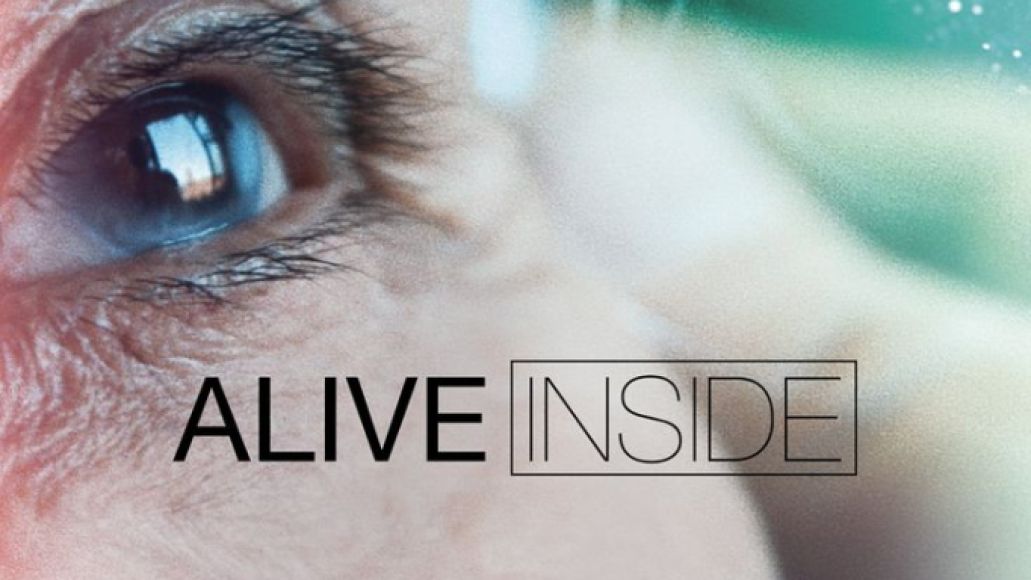 Though ostensibly about the human connection to music, Alive Inside specifically demonstrates the powerful way music worked on the oldest generation still alive in the United States. The way people born in the ’20s and ’30s consumed music in their youth primed them to hold onto that music for a lifetime. The music they loved while young wrote itself deeply enough into their psyche to end up as the last thing they remembered.

I wonder which songs would bring me back if my mind were to go before the rest of me. I wonder if any would. I’ve tunneled through YouTube’s Cab Calloway section, and I can’t help but doubt that what I’m scrounging up in 360 pixels has anything to do with the music that etched itself on the memories of young people in the ’40s. Listening must have been so singular then. You were in the room with the band, dancing, or you were in the room with a television or radio, and listening was all you would do. You’d share it. No headphones.

Nostalgia for “authentic” listening doesn’t appeal so much to me (I contend that .mp3s are as real as any vehicle for noise), but I wonder about the volume of music available now and its effect on memory. There’s so much all the time. There are more hours on Spotify than you will get to pass through in your lifetime. The current norm in music consumption is free access to an embarrassment of riches. You can listen to whatever you love as many times as you want.

Since the advent of recorded music as consumer product, a song’s specificity to the year of its release has diminished. The radio has nothing on you. You can go anywhere in time, discover whatever you want. Go outside and there’s an equal chance that the grocery store will be playing an ’80s one-hit wonder as last month’s chart-topper. Music’s timeline has curled beyond recognition. There’s almost no such thing as “the music of your youth” anymore.

What do we remember in the wake of that loosening? I remember the very first .mp3 I ever pirated—”That’s the Way It Is” by Celine Dion via the original, malware-ridden KaZaa. If I listen to it now, the visual memories that rush in to accompany it aren’t of the music video or her live performance or even a radio I gathered around with my family. I remember the computer games I played when the song was popular (Flash platformers! Neopets!). I get a dual memory of disparate objects, a multilayered sensory echo.

A comic that circulated through Reddit a few years back played on the joke that every activity once defined by a discrete physical gesture had been condensed into the singular image of sitting at a computer with headphones in. Listening to music, watching movies, jacking off—in the comic, all were accompanied by earbuds and a stoic gaze at the screen. Media, in its default form, became nonspecific, placeless, a private experience available on demand.

What does that abstraction do to memory? In 60 years, will I remember the songs I listened to sitting in front of a computer? If it’s only concerts that stick, the unique, physical moments of absorbing music in time with others, my anti-dementia trigger songs are going to be pretty weird. Play me Sleepytime Gorilla Museum once I’m dead inside. Play me Against Me!. Play me Priests.

Maybe it’s me and my compulsiveness, but I’ve worn the songs I’ve felt closest to down to the bone. If you quizzed me 10 years ago, I’d say Neutral Milk Hotel was the best thing ever to happen to me. Now I can’t listen to Aeroplane because I’m so bored. I’m bored from the hundreds of times the music’s run through me. I’m bored because I’ve unearthed all the record’s surprises, and there’s nothing left to learn. When you oversaturate yourself with music in ways you couldn’t in 1942, how does that music stick? Is it knit deeper into me than I realize, or is it just more background noise, too ubiquitous to be tied to any memory?

Lately I’ve tried to practice the sort of restraint with music I didn’t have in high school. If I love it, I put it away once I start to feel those first smooth edges of boredom, once it stops pricking me in a way I can feel. I want more specificity. I want to hang songs on just one year. I want to keep my songs clean as capsules. I don’t want to sink into them for nostalgia’s sake until there’s nothing else I can remember at all.

Building Monuments to Memory: What Songs Will We Remember?