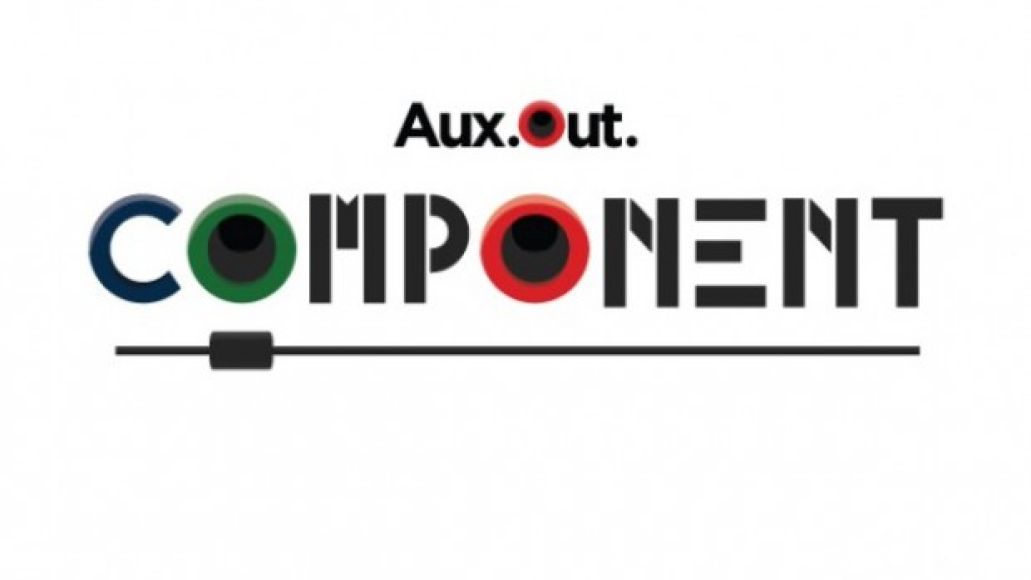 Chief Keef’s elaboration on his feelings towards metaphors and wordplay, a staple of rap music dating back to its invention, provides a telling summary of why so many fear his musical style. Chief Keef told RedEye Chicago in 2012, “I know what I’m doing. I mastered it. And I don’t even really use metaphors or punchlines. ‘Cause I don’t have to. But I could. People don’t want me to start doing it.”

Shooting out of the same system, Chance the Rapper is an articulate, artistic wordsmith playing with Kanye West-esque soul samples and brilliantly witty lyrical content. There’s a stark contrast between these two rising Chicagoans: Keef’s rapping drones on, barely intelligible, while Chance’s emotive style borders on goofy while he consistently enunciates and engages.

Chief Keef is known for helping popularize Chicago’s drill scene, infamous for reflecting the disturbing violence taking place on the South Side of Chicago. Chance the Rapper illuminates these same conditions in Chicago but does so in a more proactive manner. The discussion feels open with Chance while Keef seems to almost celebrate his place as chief in the contemporary war zone that is the focus of a recent documentary, Chi Raq.

What’s startling about these two rappers is the number of similarities they share; both are a product of the Chicago South Side, and both rose up and built a dedicated fan base through the Chicago Public School system (CPS). And somehow Chicago has embraced these two rappers despite their combatting styles. How are they both a product of these same circumstances? The Chicago rap scene is a constellation of many emerging stars ranging from Chief Keef and Chance the Rapper to Young Chop, King Louie, and Vic Mensa; however, the system seems to act more like a flailing canon wildly shooting into the dark than a focused movement or style. 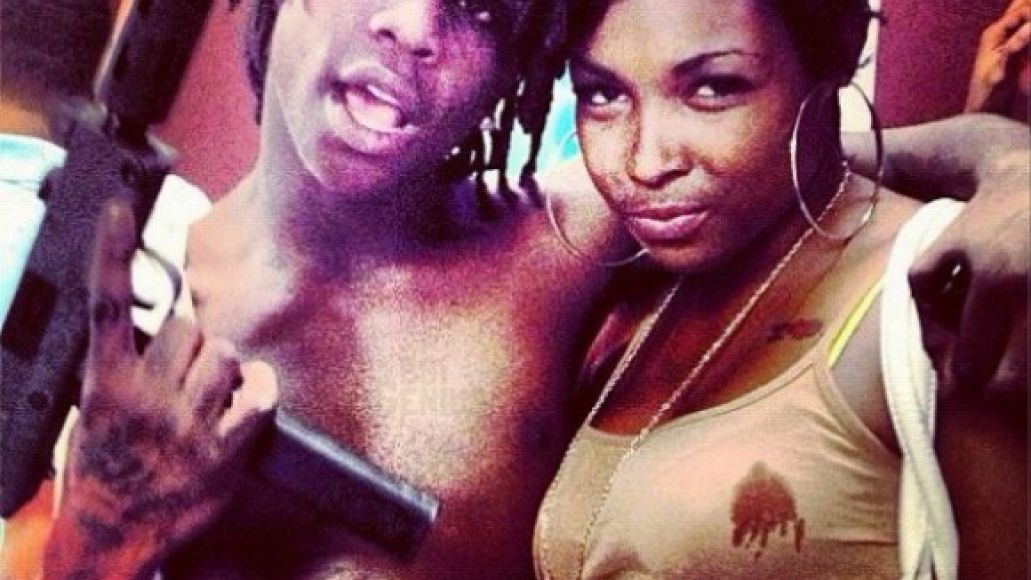 Chicago stands apart from most other cities in the way that it supports its own and embraces the potential lore of a hometown hero. Whether it be residents’ resistance to the worn-out “Second City” moniker or the fact that the city’s circumstances are uniquely their own, Chicagoans are desperate for new talent to call their own. The tales of Chief Keef and Chance the Rapper are filled with stories of support from the CPS system that they went through as children; they had the opportunity to perform for their classmates and, as a result, developed fervent fan bases.

For Chief Keef, it was actually a viral video of a fan losing it when he learned of the rapper’s release from prison that catapulted him into the public eye. Andrew Barber, the founder of Chicago rap blog Fake Shore Drive actually had to create a post on that day for the quickly spreading clip. The post’s title? “Who Is Chief Keef?” It’s astounding to think that on January 2nd, 2012, an explanation of Keef could be necessary to an audience already engaged with the Chicago rap scene, and just five months later, Kanye West is remixing Keef’s single “I Don’t Like”. His meteoric rise marks the synthesis of our viral video obsession and the homegrown audience that lifted Keef on their shoulders to share him with the rest of the world. However, without having already garnered the support of the CPS network, there is no viral video, and perhaps Chief Keef gets lost like many other musicians trying to break through.

Chance the Rapper’s story contains many of these same themes. Chance was a fixture on the CPS scene and often made attempts to include Chicago youth as part of his experience. Chance wove himself into the local fabric, making trips to CPS schools to talk to fellow students, perform in gyms, and sell tickets to shows. And Chance forced Chicago to go along for the ride, recruiting buses to transport local fans when he was scheduled to perform down at the University of Illinois at Urbana-Champaign.

Chance has not forgotten the community that propped him up, that he turned to during the now famous suspension that spawned his first mixtape, 10 Day. During his suspension, Chance buried himself in downtown Chicago’s Harold Washington Library’s YOUMedia center where he, over the course of a year, recorded the 10 Day project. On Acid Rap, Chance is quick to note that despite his growing fame, he’s “still Mr. YOUMedia.” Chance and Keef both call the South Side of Chicago home, even if their musical styles make it seem like they grew up in separate worlds. They often build on each other: Keef arousing all-press-is-good-press type of attention while Chance reliably expands upon what is happening; Chance can be seen as the rescue coordinator to Keef’s flare. 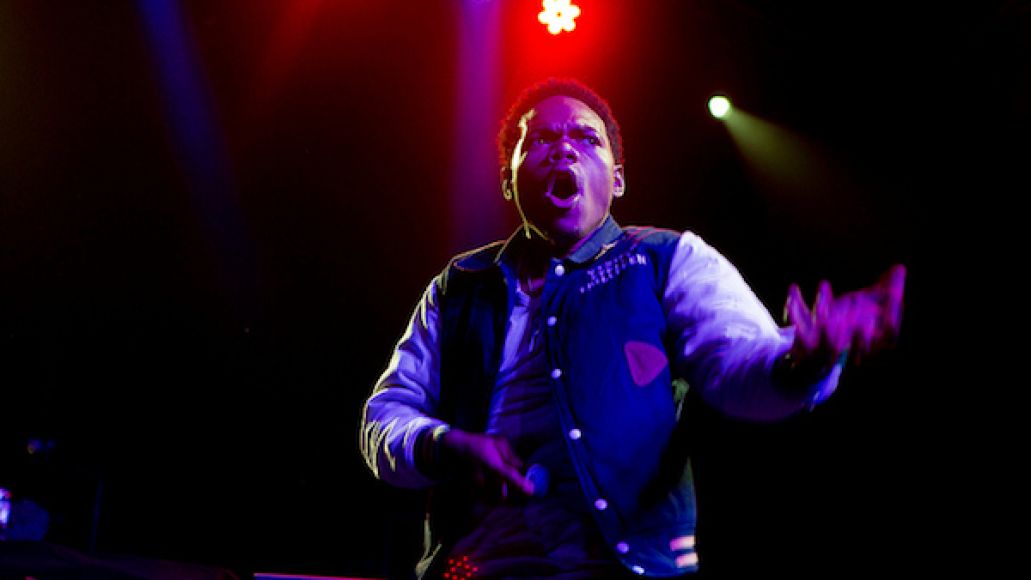 Throughout Acid Rap, Chance uses music as a vehicle to call attention to the violence that affects South Side Chicagoans daily. In fact, his entire family has expressed concern about what is happening in Chicago. Chance’s mother, Lisa Bennett, told DNAInfo that “three friends of Chance and Taylor’s who had nothing to do with gangs, that were doing the right things, were killed, and, you know, it is a crisis.” The murders make appearances in Chance’s music, notably on hidden track “Paranoia” where he raps, “They murder kids here/ Why do you think they don’t talk about it?/ Where the fuck is Matt Lauer at?/ Somebody get Katie Couric in here!” Chance bemoans the fact that violence in Chicago has become the norm, a fact too old to be worth reporting and a problem treated like it’s beyond solving. Chance intertwines these thoughts with songs about childhood nostalgia (“I miss my diagonal grilled cheeses”) and lost innocence (“Put Visine inside my eyes so my grandma would fucking love me”), backed with soul samples that recall the glory years of Chicago rap, when Kanye West released College Dropout and Lupe Fiasco was still using the limelight to spread concern over various social issues.

Chief Keef’s music could be from another planet. Far away from the lush vocal oasis that Chance inhabits, Keef tends to mumble over desolate, mechanical beats that evoke scenes of dystopian nightmares.

Keef’s standing as a leader in Chicago can be likened to something from Lord of the Flies, a kingpin of a stranded group long past any lingering hopes of help arriving and bent on making the best of a situation set up to destroy them. What you hear in Keef’s music is someone unapologetically reveling within ruins.

Chief Keef basically sums up his attitude in four lines on the song “Citgo”: “Pop a nigga soul like Crisco/ I’m smokin’ on the gas like Citgo/ Fat ass on my bitch, though/ Big rims on my whips, though.” Murder, drugs, girls, and money. These are Keef’s main concerns, all delivered in the same affectless style he uses to describe scenes of a shootout: “My boys shoot up the playground/ So please don’t get sprayed now/ Sirens on the way now.” These lines are evident of a 17-year-old completely disassociated with any semblance of feelings on these issues.

Chief Keef’s apathy, and its effect on Chicago youth, has concerned scores of people. Fellow Chicago rappers have come out to make their opinions on him known. Lupe Fiasco told a Baltimore radio station in 2012 that “Chief Keef scares [him]. Not [Chief Keef] specifically, but the culture that he represents… in Chicago.” And Rhymefest wastes no time in an article describing Keef as a “bomb” that “represents the senseless savagery that white people see when the news speaks of Chicago violence.” But it’s this symbolic Chief Keef that is so essential in calling attention to what is happening in Chicago.

In a state of peril, you can debate endlessly about the proper fix. But rather than deliver the type of flat-footed solution that gets you called out on national television as someone who “hates black people,” maybe it’s best to just go all in with everything you have. It’s debatable which rapper more accurately represents Chicago’s threat level red: a young, wide-eyed, intelligent youth who seems to be bursting with life or someone with a long rap sheet who just turned 18 a few days ago and makes callous music about guns, murders, and women. The latter, at the very least, must set off shrieking alarm bells about the conditions of Chicago. Keef isn’t a lone ranger or an outlier rapping about little-held beliefs. He’s merely a leader in a scene plentiful with similar musicians and swarming with fans that feel connected to its music. Keef isn’t a huge success without existing contingents of CPSers who feel left to their own devices, the same attitude that compels Keef to create music.

In a recent trailer for Chi Raq, a man dressed head to toe in military fatigues–looking more like a Middle East-bound soldier than a Chicago civilian–sits in for an interview. The uniformed man explains the attitude in Chicago as a result of the fact that there “ain’t no leaders out here. Ain’t nobody accountable for their actions… without no repercussions.” The residents of the South Side of Chicago have, in reaction to the conditions, adopted a Wild West-type mindset, creating their own governing bodies in gangs. The gangs’ fierce rivalries and turf wars mean more power is paramount, and the easiest path to gaining dominance comes through the extermination of competing gangs. The words become more tangible when it’s reported that in July alone the death totals reached a staggering 52 reported cases. To put this in perspective, in Los Angeles, a city with approximately 1.1 million more residents, there were 49 homicides.

The largely swept-under-the-rug murder totals are a culmination of a poorly planned and executed city layout. Chance laments in his track “Paranoia” about how “they deserted us here.” The “they” Chance points to are the powers that banished thousands of poverty housing developments to the South Side of the main city. Into a region barely served by public transportation, equipped with a single hospital as north as a hospital could be and still be described as being on the South Side. Being in Chicago, the segregation is palpable. A simple ride on the El (Chicago’s train system) evinces this fact very clearly. Riding north, the train is filled with white faces holding hands with their similarly pigmented children sporting matching Cubs hats. But a trip in the opposite direction brings a much more diverse range of passengers aboard, some sporting caps that have affiliations with Chicago’s most prominent gangs. 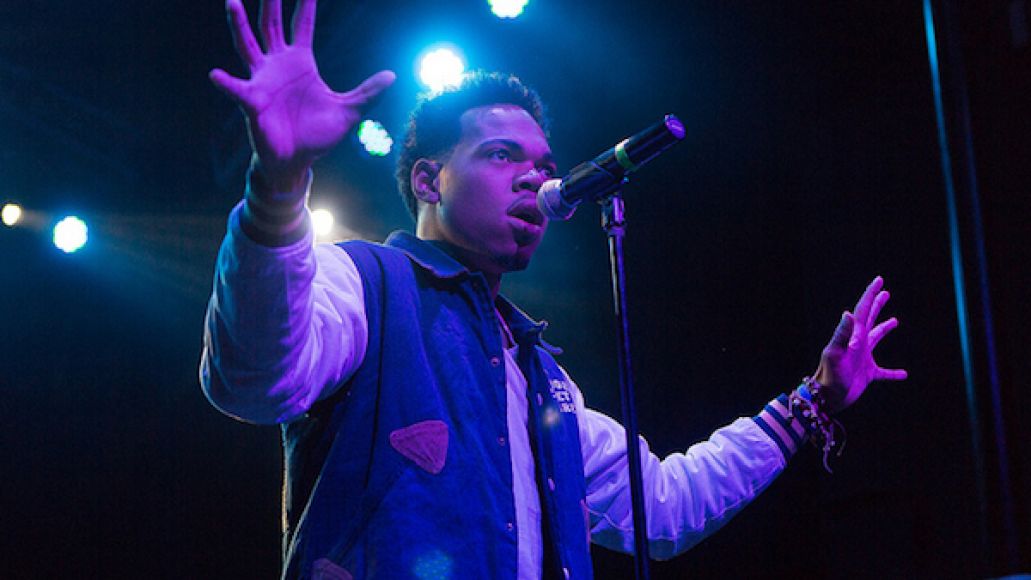 Chief Keef makes the unfavorable comparisons for us, often referring to himself as Sosa (in reference to former Cub great Sammy Sosa). Sosa, likely a childhood hero of Keef’s, is now known more for steroid use than for hitting home runs and has become a pariah in Chicago and baseball in general. Cast away as a cheat, the once iconic player ushered in the most damaging era of a sport still embattled in steroid controversies. Chief Keef, much like Sosa, has become an extremely polarizing figure and one that many rap analysts are still working to digest. The much more accessible Chance has been an elixir, though, in a Chicago rap scene bustling with new talent.

However, the yin and yang of Chief Keef and Chance the Rapper is a welcome addition to a Chicago rap scene that has seen a dearth of talent since Kanye and Lupe. They’re not only producing captivating music but also bringing attention to a city fertile with talented rappers fed up with being a sunk cost. Rather than declaring that Keef and Chance are shining a spotlight on Chicago, though, it might be more realistic to say that the light more resembles a much-needed searchlight skimming the darkness of a disaster area. –Cameron Wolf

Chief Keef and Chance the Rapper: Reflections of Chicago