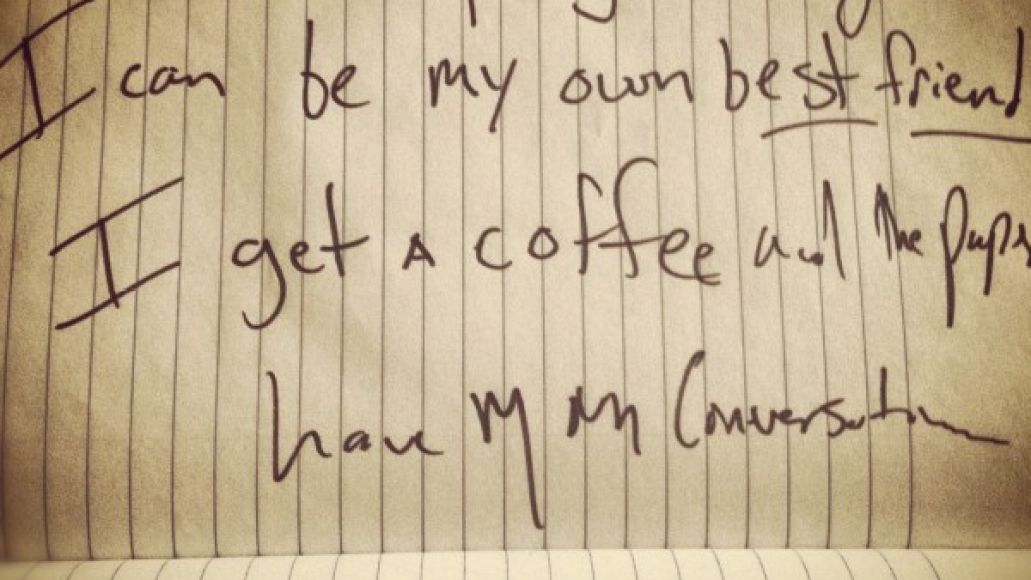 My live-in boyfriend stood a few yards away from me, staring down at our apartment’s hardwood floor as though he would find the words he was struggling to string together there, carved in the boards in between his feet. When he looked back up, it was with an expression that had become painfully familiar in the last few months—equal parts anger, disappointment, and bewilderment, as though he had woken up in a strange bed one day with no knowledge of how he’d gotten there. It hurt just to look at him.

“All we’ve got is rock music,” he said to me, as though delivering a verdict. “After three years, I hoped we’d have more.”

To be completely accurate, it had been more than three. Our courtship had been strung out over five years of high school and college, through periods of our lives that had dovetailed before inevitably splitting off in different directions. This last time, the time that we pledged our undying love, packed up his Honda and made a major cross-country move together, was supposed to be the time that worked, the time that all the indiscretions and indecision of our youth ceased to matter in the face of our shiny new adult lives.

It didn’t end up being quite that simple. It ended a little over two months ago, and in that time I’ve slowly been feeling my way through my music library like a blind person in a room full of lit candles, trying not to let my hands touch on an open flame. I’ve been avoiding entire sections of the alphabet like the plague (“A”—Andrew Bird, Arcade Fire, Avett Brothers) and slowly piecing together a playlist of songs that are safe. But the soundtrack to our courtship, and eventually our life together, is all waiting there for me. I can’t help but wonder if I’m ever going to be able to get those songs back, or if “Beast Of Burden” by the Rolling Stones is always, always going to be a wash — inextricably tied to every road trip we ever took, when I insisted on playing it at maximum volume and we sang (me singing, he yelling) along as the miles sped by. Even now, when I play it, I don’t know if I have any desire to think of anything else.

In any relationship whose first blush of attraction was built around a mutual appreciation of the purity of electric guitar chords and the emotional truth behind deceptively simple lyrics, these songs that hold all of the meaning, all of the memory, are so tricky now because of the significance they held when the love connection was alive and well. These are the songs we turned to when we needed a reminder of what it felt like to be falling head-over-heels for this familiar person who no longer had to ask how the other took his or her coffee, or what kind of beer the other loved. Now, it’s all too easy to just keep pressing “play,” worried that if you don’t, you’ll never understand the full import of everything that you’ve lost because you won’t be able to feel it deep down, where the bass hits you in your chest.

Each spurned lover has their own way of grieving, and mine has been “Lua”. Not the version that appeared on the 2005 Bright Eyes album I’m Wide Awake, It’s Morning (although I spent an unnecessary amount of time listening to it while driving my mother’s Subaru on country roads when I was 17, ruminating about this very same boy.) The version that was ours, the version that I may never be able to listen to in peace without unshakeable melancholy, is the rendering from the 2009 compilation Dark Was The Night, where country singer Gillian Welch joins Conor Oberst for a more full-bodied, complex and melodic approach to a song about drugs and self-destruction that still, despite itself, manages to draw out the beauty in those sad and ugly things.

“And I’m not sure what the trouble was that started all of this,” they sing in unison, downplaying the force of the emotion, the ways in which the narrator of the song has come undone. “The reasons all have run away, but the feeling never did.” This song was everything to us — the years apart and the years together, the sadness that had turned into a kind of joy of being able to share so much, to feel as though we had come full circle. We saw Conor Oberst and a full band play it live at the Riverside Theater in Milwaukee in the spring of 2011, and the shit-eating grins on our faces didn’t fade for the rest of the night.

In listening to it on a masochistic loop for what feels like a solid week, it has started to become clear that the song is flawed. It’s the work of a self-pitying 25-year-old (at the time) who has since managed to make a profitable art form of taking himself too seriously. The high-school-English-paper theories about the song abound, each with its own defenders and detractors — it’s about drugs, it’s really about an eating disorder, it’s about self-mutilation. What is undeniably true is that it’s painfully sentimental and a perfect reminder of just how saccharine and syrupy mid-aughts indie could be. This song sucks, I started to force myself to think. It didn’t take right away, but I knew it was the right mindset to be cultivating. 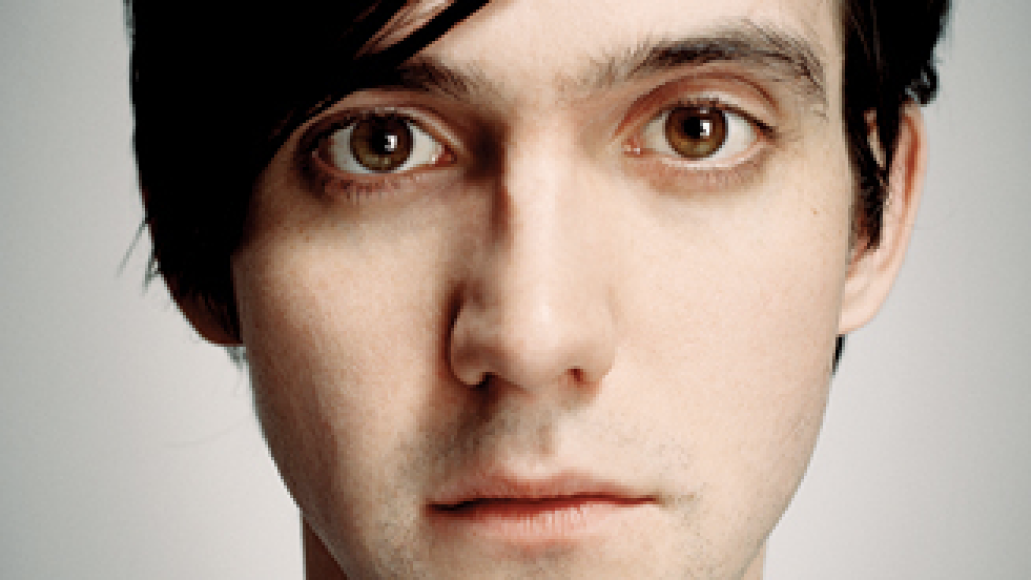 The first thing I learned is that the easiest thing to hate about “Lua” is how simplistic it is. At least in its original, Gillian Welch-less form, it seems to be easy as pie to master on the acoustic guitar. Once a fledgling musician gets a hold on the chord pattern, they probably experience something similar to instant gratification — a “maybe I can achieve rock stardom after all” moment. This is evidenced by the glut of covers—some transcendent, some generally pleasant, almost all mediocre—posted to YouTube by users with handles like “definingdanielle” and “girlandherguitar1.” They may as well be multiplying by the second like bacteria. The preview screenshot of each video is almost universally the same: one lonely musician against a white wall, bookshelf or similar bedroom backdrop, clutching their instrument like they’re drowning, mouth open and eyes closed. The cool-kid thing to do seems to be to post one lyric in the “description” box, as if that says everything that one needs to know about the performance (a popular choice: “it’s not something I would recommend, but it is one way to live.”)

The problem was, I saw a little too much of myself in these intensely serious, deeply focused young troubadours with their eyes cast downward and their faces bathed in the murky light from their bedroom windows. The revelation was a slow one, but once I saw the pages upon pages of videos of guitar-clutching Oberst disciples, the message was loud and clear: much like these high school-aged shut-ins, you need to lighten up a little. Sidewalks and pigeons and being your own best friend? Moonlight? Having a conversation with your own goddamned window reflection? It was all starting to seem a little overwrought, a little too drenched in false significance and melancholy. I didn’t want to share my personal meaning for the song with hundreds of other sad people, but it looked like I didn’t have much choice in the matter.

While combing through this vast array of overly-earnest covers (I searched for a dubstep version, alas), I was grateful for the friends who had stuck it out with me through these last navel-gazing months, when I had refused to let anything—a greasy-spoon diner where my ex and I had eaten chili cheese fries after a concert, the bar where he had taken me for drinks on my 23rd birthday—lose its romantic significance. I needed to take a step back and laugh at myself, at my single-minded determination to keep those memories alive. I needed to realize that in the same way that every YouTube artiste was just borrowing “Lua” for a while to take their best shot at making it their own, I didn’t have a monopoly on heartbreak, on the undeniable devastation of being dumped by someone you love and who has told you many hundreds of times that they love you in return. I could cover it all I wanted, but sooner or later I would have to move aside to let someone else try. –Katherine Flynn

Reclaiming a Bright Eyes song after a bad breakup