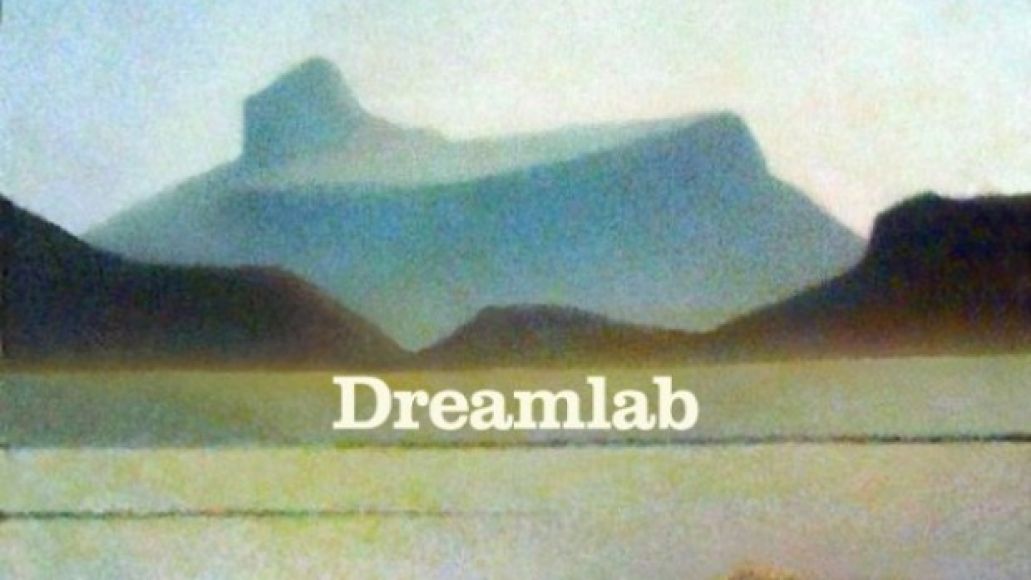 Welcome to Dreamlab. As this is the inaugural column, it seems appropriate to introduce you to the premise. A couple of weeks ago, Evan Minsker debuted his column, Trash Collector, a series that explores “music that’s immediate, doesn’t pull punches, is fast, propulsive, slack-jawed, manic, screaming, ridiculous, sludgy, lo-fi, and loud.” In that sense, Dreamlab offers the foil, examining the sonic fringe of music and the artists who eschew traditional structures and forage inspiration from decidedly niche source materials. These artists create sounds that stretch and breathe and yield unusual, creative works that can be long-winded, restrained, obtuse, or otherwise hypnotic. Each column will address a paramount topic or specific question related to this aesthetic: Why do we like it, and why do short-lived movements (psych-rock, shoegazing, post-rock) hold a strong enough fascination to keep new artists mimicking the sound ad infinitum, among other “hard-hitting,” think piece-y topics.

For this column, let us explore nostalgia-sourcing. It’s not a new trend by any stretch, but the practice has been pretty pervasive within the past few years. How does one make nostalgia interesting and original? Because, let’s face it, everything’s been done already, and they were called The Beatles.

“U.S. Dept. of Retro Warns: ‘We May Be Running Out of Past'” reads a classic headline from The Onion. As with any satire worth its salt, the quip grapples with some poignant and perhaps patently true ideas. We may have actually “run out of past” in pop culture. More on that later. At hand, the world of indie music has been particularly guilty reanimating erstwhile styles as of late, having maintained a particularly strong holding pattern of sonic recycling in the last decade. Hey, at least it’s sustainable.

This isn’t an entirely new phenomenon, of course. Take for example LA’s Paisley Underground in the 80’s, a movement that embraced Haight-Ashbury flower power to push back against the city’s hardcore movement. Or look at the ’90s fondness of The Me Decade, propelled by grunge’s propensity toward bombastic arena rock and Dinosaur Jr’s Frampton-esque amp stacks. Both these decades forged their own sound, something that became less common post-Y2K. The early aughts relished in the flashy rhythms and angular guitars of early ’80s post-punk (The Strokes, Interpol), while the latter part of the decade careened toward the hazy synths and cavernous percussion of the New Wave era (slowed down roughly 25% to create chillwave). Of course, these nods to the decade of greed came from kids who are mostly my age or younger, and I was five when the decade ended. The perennially self-aware James Murphy branded this trend as “borrowed nostalgia for the unremembered 80s,” though you could apply that to a swath of movements. When all was said and done, the aughts squeaked by without establishing its own identity, and in 2012, as the teens begin to solidify, the hype and critical success of Cloud Nothings’ Albini-approved send-up of early Slint-informed slop rock cum Mineral-evocative emo has summoned the ’90s.

Maybe we did run out of retro? Well shit… what’s next?

The obvious answer is to make a copy of a copy, one that I’m sure more pedestrian artists will explore, and it’s certainly an issue that’s plagued the shoegazing sub-sect for about 10 years. Another avenue is to invent an entire new genre or sound. Obviously this is the preferred method for moving subcultures forward, but that involves years of general under-appreciation and going through the motions of being a tortured genius. We can’t all be Aphex Twin. The most reasonable option to approaching the incorporation of established sounds and aesthetics sans rehash hackery: intense recontextualization. Producer-centric hip-hop is particularly good at this. See Light in the Attic’s The Now Sound Redesigned compilation, wherein the good doctors Peanut Butter Wolf, Madlib, and other luminaries drastically, yet recognizably, reconfigure songs by cultish light psych ’60s family act The Free Design.

In a similar vein, one of the most profoundly creative approaches to recontextualization in the past decade has come in the form of “library music,” sometimes referred to as “hauntology.”

There’s still not an absolute definition for hauntology or library music. Julian Cope hasn’t written Hauntologysampler just yet, but it lies within defined parameters. For example, all artists that classify as library music source sounds and inspiration from archives like the library of the BBC Radiophonic Workshop, which is a large operation of sound engineers that created soundtracks for television shows, public information films, and documentaries. Utilizing a vast palette of then cutting-edge instruments that included synths, oscillators, theremins, and other esoteric noisemakers in tandem with a palpable adoration for musique concerte, the BBC Radiophonic Workshop is arguably the origin point for experimental electronic music.

All these musicians embraced the possibilities of music in the future, resulting in sci-fi and galactic soundtracks that offer varying degrees of campiness. As opposed to the electronic movements within krautrock two decades later, their extraterrestrial, electronic sounds never felt angular, distant, or cavernous. Their brand of atomic-age ambience created a sort of optimistic futurism: The war is over, the era of space is near, and the coming days are looking bright, impending Cold War dread be damned. The artists informed by this hypnotic mid-century retro-futurism have, in turn, cultivated an entirely new way of conjuring nostalgia: a false sense of nostalgia.

With a few exceptions, the library artists tend to associate with the Ghost Box label, hauntology ground zero. Like Creation or Motown, the London-based collective of sound alchemists, artists, shamans, and thinkers create a holistically distinct body of work. In sight and sound, Ghost Box exists wholly within the realms of science fiction and kaleidoscopic whimsy, noir and sorcery. Visual treatments are handled by Ghost Box’s in-house artist Julian House, whose Technicolor accompaniments are as fantastic and fanciful as the music itself. The hauntological canon proper includes Ghost Box staples Belbury Poly, The Advisory Circle, The Focus Group (Julian House’s sound project), Roj (ex-Broadcast), and Mount Vernon Arts Lab–all of whom retain a prolific output and tend to collaborate with each other through subscription services such as The Study Series. The library music’s reach has also been extended to more familiar names like Stereolab, Pram, Bibio’s folk output, and Boards of Canada (whose name derives from The Film Board of Canada, a move apropos to the Ghost Box signatories). Unlike their contemporaries, however, the Ghost Box artists do not write traditionally accessible music or immediate music. Rather, they develop a strange, wholly immersed, and meditative experience, and there’s no better jumping-off point than Broadcast.