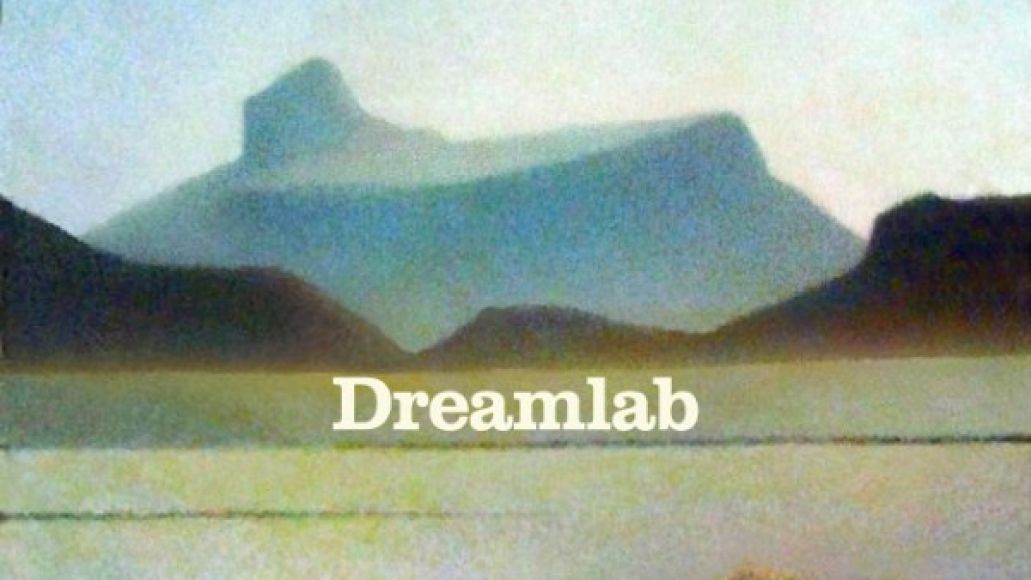 I tend to think that the term “post rock” is pretentious, the same way whenever someone drops “post-whatever” outside the context of a term paper how it’s almost always lazy and represents an unwillingness to look closer at shifting trend.  I considered writing this commentary with a post-modern style framework to illustrate the point, but it turns out I wasn’t smart enough to pull that off. I’m not Mark Z. Danielewski over here.

Anyway, no genre name is ever cool. The monikers of punk, shoegaze, and chillwave, among others, were all originally intended as insults by some snarky writer, and they stuck, much like a nickname is ascribed to you. You don’t choose your nickname unless you have Prince’s PR team.

With all that said, I’m not sure if I know what “post-rock” really is. Does anyone? I have a vague idea, but if I found myself in a situation where I needed to describe the tenets of post-rock to someone from another planet or, like, North Korea, I’m confident I couldn’t accurately summarize this movement in indie rock. I feel like I often resort to that ol’ piece of legalese from Justice Potter Stewart – I know it when I see it. Of course it’s hard to categorize good music, but there seems to be a distinct aesthetic present with the post-rock label. And interestingly, some of what’s generally considered post-rock isn’t really that post- anything. Rather, we assign the post-rock tag to usual approaches regarding established rock composition. As such, the title feels misdirected in many cases.

It’s hard to accurately pinpoint where the term originated, but I’m sure our good friend Simon Reynolds — whom you’ll remember from the last Dreamlab as the appropriator of hauntology into retrofuturistic Anglo electronic music — certainly had something to do with its proliferation. In a May 1994 issue of Wire, Reynolds laid it out: “Post-rock means using rock instrumentation for non-rock purposes, using guitars as facilitators of timbres and textures rather than riffs and power chords.” That’s a decent encapsulation, though you could make the same argument for a few subgenres of psychedelia as well. While this is tacitly understood as post-rock by both critics and fans, it’s not really the determining factor in practice.

To wax historical, the broadly accepted comprehension of post-rock enjoyed three waves of success – its early ’90s origin (think Tortoise), the bands that replicated and/or expanded the movement at the end of the decade (think Do Make Say Think), and the time wherein the punks and metalheads resurged it in a more aggressive fashion toward the middle of the aughts (think Red Sparrows). As far as what many fans and critics consider the originator of post-rock — that award tends to go to the mighty Slint. 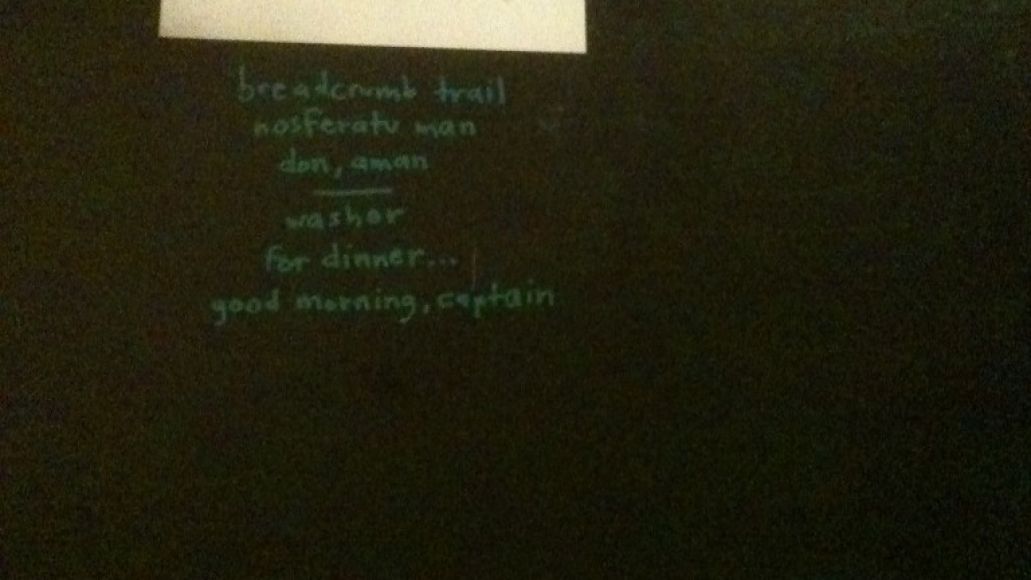 I’m currently writing this piece to you, dear reader, from a Heine Brothers Coffee in The Highlands neighborhood of Louisville, KY. I am about a quarter mile north of the address listed on the back of Spiderland asking for “interested female vocalists” to write them (I stalked it once, actually). Like too many avant artists, Slint didn’t shatter the earth until after the fact and without reservation, Slint casts a long and unique shadow here, regardless of their short-lived, relatively uncelebrated career as a band in the late ’80s.

Shopping at Wild and Woolly, the cult video store owned by ex-Slint bassist Todd Breshear, offers some unrivaled colloquial indie cred, even if you end up renting something like Because Of Winn Dixie. Playing six degrees of Slint among your friends and favorite local acts is a great drinking game, and rare appearances from Slint alumni that formed groups such as The For Carnation, Papa M/Aerial M, and King Kong create reverent elation. More importantly, our generally accepted notion of post-rock is still alive and well within the city, as Slint, locally speaking, beget acts such as Rodan and June of 44 in the ’90s and a huge swath of the restrained post-hardcore and weirdo indie rock throughout the last decade. While it’s not en vogue today throughout most buzzy bloggy world, we celebrate the shit out of this movement here in the city, even though no one is quite sure what post-rock was. 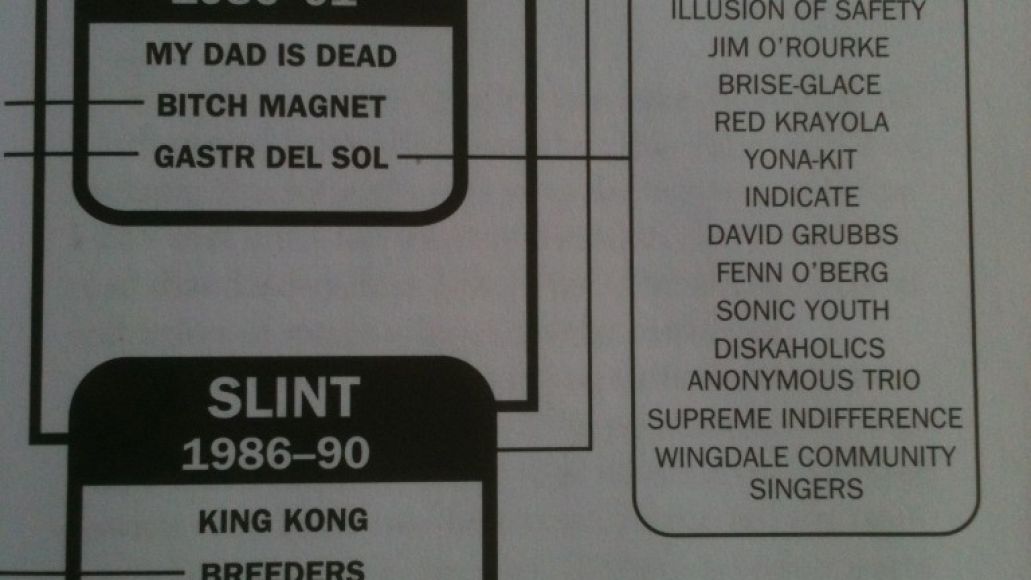 Outside of the River City, Slint’s influence unfolds exponentially. Their existence directly influenced much of the Chicago scene through David Grubbs of Gastr Del Sol, and later, the vanguard of post-rock Tortoise. At the same time, the quiet/loud dynamics of Tweez and powerful restraint of Spiderland informed the juggernauts of festival-ready post-rock acts Godspeed You! Black Emperor and Mogwai (though Stuart recently denied this, c’mon dude we all know and love “Like Herod“). If any given band in the ’90s incorporated sonic space with angular song structures, Slint was in their DNA to some extent.

My geography, here in the cradle of civilization for post-rock, is why I began questioning how we define the genre. Slint doesn’t perfectly align with the sensibilities of many of the great ’90s post-rock heavyweights that imbued free jazz and chamber elements within a rock paradigm, especially when considering the manner in which, say, Uncle Tupelo aligned perfectly with the alternative country movement they are often accredited with spawning. Then again, neither does Mogwai, or at least in relation to Reynolds’ distinction of post-rock.

The operative phrase here is “rock paradigm.” Slint and their followers were still rock bands. Guitar, bass, and drums still laid the groundwork, and most of the best work from bands considered post-rock proper actually rocks, ya know? Young Team, Those Who Tell the Truth Shall Die…, One More Step and You Die, Slow Riot For New Zero Kanada — those records actually kick ass, (and boast some evil titles to boot). But what’s “post” about these records? This music is rife with creative recontextualization and categorically fresh sounds, but rarely does it transcend what’s defined as, and cool about, rock music. Many of these post-rock staples simply shy away from vocals and feel good about riding a dark groove for over 10 minutes while slathering Holy Grail reverb over some fuzzed-out Big Muff licks. I’d argue that the Mono‘s and Mogwai’s of the world, newer post-rock acts like Explosions in the Sky and Red Sparrows in particular, blatantly embrace rock and roll on its very base level, only altering the mode of attack.

And there’s absolutely nothing wrong with that. It just reiterates the question: “What is post-rock?” Where does it transcend beyond the rock band framework?

Dreamlab: The Semantics of Post-Rock