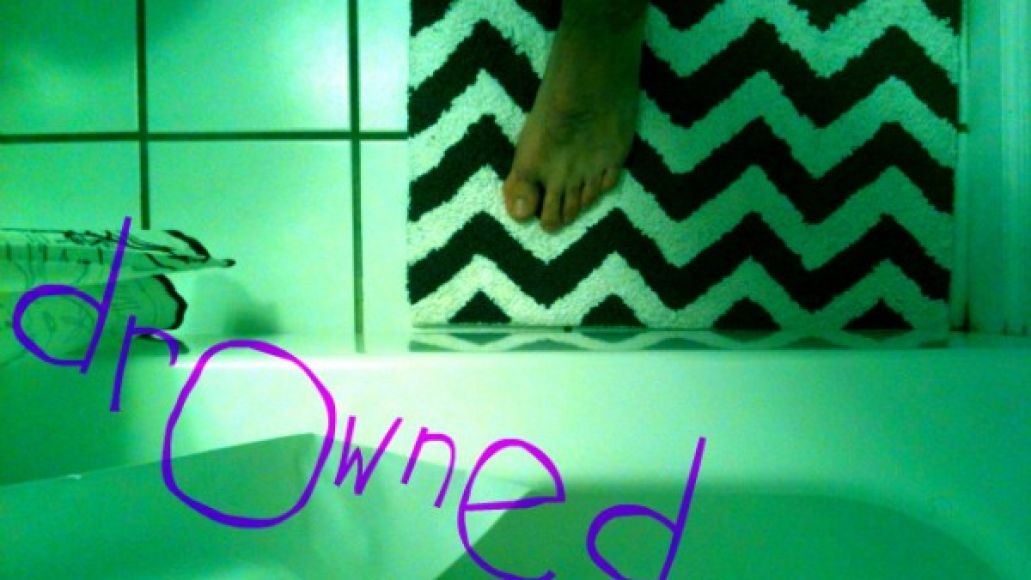 “Let me be stormy and let me be calm,
Let the tide in, and set me free.”
-Pete Townshend

Since I’m from one of the most geographically despised areas of the states, and since I’m a card-carrying member of one of the most confused generations of the past 50 years, it saddens me to know that I’ve never really had a proper musical curator in life. Too many of my friends spin stories of older siblings or sage-like friends who lent them that life-altering album. I never really had that. There’s my father, who stopped actively buying new albums shortly after Springsteen’s Human Touch, and there’s my mother, who never really understood the concept of buying albums to begin with. As she always instructed, “Why don’t you put on the radio?”

Therein lies the problem. Growing up in South Florida, I really only had two choices: the now defunct 949 Zeta or the still-going-for-god-knows-why classic rock of Big 106. This was the ’90s, and at the time, both stations designed playlists that skimmed their respective genres: modern or classic rock. Given that my folks had me covered for classic rock – my father sat me down to The Beatles, Stones, Clapton, the aforementioned Boss, The Beach Boys, et al. at a very, very early age; my mother babysat me with Top 40 hits from Madonna, Michael Jackson, Prince, and Gloria Estefan as a toddler up until second grade – I had absolutely no use for Big 106, who would blast Steppenwolf’s “Magic Carpet Ride” at any given hour as if they had never heard it before.

This left 949 Zeta to introduce me to new music, at least the stuff that wasn’t circling through MTV on a daily basis. People in school name-dropped 103.1 The Buzz or 98.7 The Gater, but those stations only produced static where I lived. In hindsight, even when I was able to tune into those stations, the only remarkable difference was that The Buzz gave credence to more California-bred punk rock, as if the disc jockeys all had hard-ons for Epitaph’s Punk-O-Rama series, while The Gater offered deeper cuts from classic rock acts. So, if you wanted to hear something by Kansas that wasn’t “Point of No Return”, “Dust in the Wind”, or “Carry on My Wayward Son”, then The Gater was your ticket.

Long story short, the Internet changed all of that. My days blindly wandering around CD Warehouse, Uncle Sam’s Music, or countless other used CD shops started thinning out as my modem turned to DSL. The moments where I’d actually attempt to listen to rock radio ceased, and by then I’d become so disenfranchised by it all that I can’t even recall the last time I fiddled about with the frequencies in my old car. A few years into the new millennium, when rock mags started discussing the death of rock radio, I hardly flinched. The idea of a classic radio station was alien to me, so the only thing I thought was, Well, thank god, we won’t have to hear “We Will Rock You” into “We Are the Champions” ever again. It was a smug reaction, but I didn’t know any better.

It wasn’t until the past couple of years that I truly saw the value of rock radio. In 2007, I moved to Chicago, leaving what I called “the Southern confines,” and quickly romanticized the cold winters I’d only visualized through repeated listens of old Replacements LPs, or while watching Harrison Ford running around in The Fugitive. Given that I sold my car and opted for public transportation, I now had zero use for rock radio — or so I thought.

A year into living here, I picked up a cheap Con-Air shower radio (no relation), and each morning I’d cycle through the stations looking for “something good.” Pretty soon that grew tiring, and I’d just leave it on various stations, mostly those that played an enjoyable block the night before. The frequencies meant little to me, and I wasn’t invested enough to memorize them. After a few weeks of this, however, I finally took note of the names and shortlisted my options. It didn’t take long for me to lose my patience with Q101, admittedly the one station I was aware of prior to living in Chicago (thanks to old Smashing Pumpkins bootlegs), but within two blocks of music, I was hooked on 93XRT and The Drive*.

Here’s what I’ve been missing my whole life, I thought. Two stations almost the near-equivalent of those from South Florida, but they were good. With a tough, aural blow to my left temple, XRT splintered my mind: They’re actually playing Sonic Youth? This isn’t college radio? Are you kidding me? Because this happened so late in my life, the basic tenets of rock ‘n’ roll radio, that being discovery and promotion, went out the window. Instead, these good vibes stemmed from the lack of control and the commitment to a true musical curator. Lately, I’ve become attuned to this relationship between me and my shower radio. It never occurred to me that the lack of control over music could be incredibly advantageous; after all, with so many years spinning that dial on my iPod, why would I?

I blame Roxy Music for this new hobby of mine. Well, technically I’d point fingers at whoever was DJ’ing at the time, but since I didn’t catch a name, Bryan Ferry’s UK collective will do. Anyways, a few months back, close to the dead hour of night (so, maybe two in the morning?), XRT begun spinning Roxy Music’s “Avalon”. Rather than getting tied up in its lyrical elements, I got lost in the reggae-shadowing guitar work of Phil Manzanera, which threaded me into Ferry’s quasi-alarming synths at the chorus. The shower’s steam felt all too fitting, stripped right out of some cheap ’80s video, and I lost myself in there for a moment.

Within seconds, images raced on by: velvet waves, a muted surface of ocean water, pink, purple-laced skies, soft marshmallow clouds, a plane’s right wing, and my mother as a flight attendant, bringing me a croissant and some cheeses. I’m three years old here, maybe younger. It’s a memory I haven’t thought of in decades (if ever), and for some reason it was incredibly lucid and quite sensory-laden. I could feel the cold leather seat, I recalled the sleazy hair styles of my mother’s former co-workers, and that bland taste of airplane food crept up behind my molars. But when Ferry crooned, “And your destination/You don’t know it,” I snapped out of it. Like a spirit, the memory vanished almost on command, and a minute later XRT’s unnamed host chimed in, his own exhaustion seeping through his made-for-radio scruff.

There’s nothing shocking, nor revelatory, about that memory, per se. I know my mother used to be a flight attendant and that I’d joined her on some flights as a younger kid, yet I can’t stop thinking about that listening experience. A part of me wants to believe that, like Ferry, I’ve been searching for a destination I’m quite unsure of and specifically one with my mother. It’s been years since I’ve seen her, and I’m not sure I ever will again; it’s likely I won’t. In more ways than even I can comprehend, she shattered her identity over the past two decades, becoming someone who is without a doubt not the same person on that plane from my memory. On the surface, I’ve come to terms with that; I know she no longer exists. However, I don’t think I’ve stopped searching for her, at least not mentally.

Our mind can do a lot of things when provoked. Sometimes that’s a positive thing, often times it’s a troubling prospect to deal with – especially if you lose yourself in the details and start asking too many hypotheticals. I spent awhile thinking about those couple of minutes in the shower, spiraling on about the lack of control and the direction that the music took me in. Initially, I was bothered by the whole thing, feeling rather powerless mentally, but I’ve come to find solace in the whole experience. There’s something intriguing about pushing a button and letting your mind run free, even if it’s at the discretion of a cheap shower radio that plays indie rock or aging rock ‘n’ roll anthems. Actually, I think we all could use that mental sleight of hand once in a while.

Lately, I’ve had plenty more of these “unadulterated listens,” and many of them have led to far more mind-shattering moments: I’ve laughed, cried, solved problems, and sorted through some long-gestating issues. As an added bonus, I’ve even found a deeper appreciation and understanding for songs and artists I’d otherwise discarded over the years (e.g. Van Morrison, Bob Marley, and Ariel Pink). So, now that you’ve heard my spiel, hopefully you’ll be game for stepping into the shower with me on future reads. Figuratively, that is.

* – I understand that The Drive also plays recycled classic rock, but it’s not nearly as regurgitated as SoFla’s Big 106, and sometimes, just sometimes, you need to hear a little Foghat in the shower. That sometimes is every Sunday night.