Component is a section of Aux.Out. for one-off pieces, special editorials, and lost orphans of the music discussion. Today, Courtney E. Smith gives a personal account of what it was like to attend the MTV Video Music Awards with Mark Ronson in 2007, as the well-known producer gets set to attend as a nominated artist at the 2015 installment.

2015 has been one of the best years ever for Mark Ronson thanks to the success of “Uptown Funk”. He’s landed his first ever MTV VMA nominations as an artist – five of them, to be exact – including one the biggest honors of the show, Video of the Year. This is not Ronson’s first go-around with the VMAs, as nerds with memories longer than the average MTV viewer well know. When the show went to Vegas in 2007, Ronson was one of the biggest players of the night. He, with the Dap-Kings as his backing band, was the house band on the show. They performed with Adam Levine, Akon, Alicia Keys, Wale, and Daniel Merriweather (you remember him, he did the Smiths cover on Ronson’s album Versions). I spent the show, as well as the four days before, right there with them as their talent escort.

To set the scene, you should know this was the only year the VMAs have been in Vegas. The show was at The Palms, a hip casino removed from the heart of the Strip, but the majority of the staff working it for MTV were put at the Planet Hollywood Casino, which was still under construction and had very cheap room rates. We rode in buses to make the 1.7 mile trip to the Palms for rehearsals and the show. Glamorous it was not. I liked the VMAs when they were in New York City, where I lived and could return to my own apartment at the end of the day. You went to the venue for a walk through and the two hours that your talent rehearsed, and you were done until the show. When you’re in a different city, it feels like there is nothing to do but work on the show. It consumes your life in an unhealthy way. 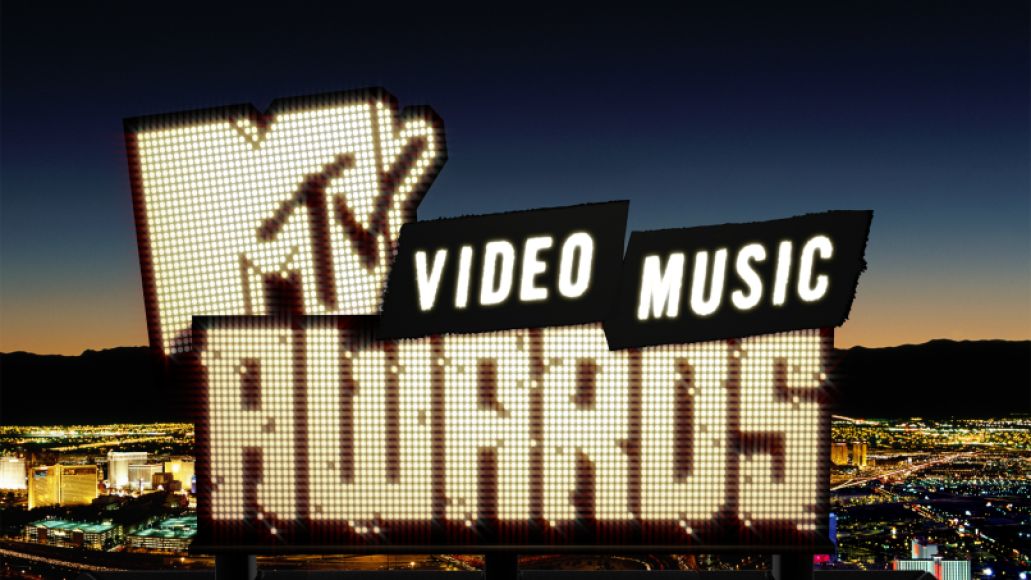 That feeling was amplified with Ronson. That guy works hard. I’ve never been with a performer on the show who rehearsed more. It seemed like literally every time there was a break in the room, Ronson and his band had another rehearsal scheduled. In fairness, that happened in part because he had so many songs alongside performers with whom he’d never worked before. I interviewed Ronson earlier this year when he was doing press around the release of Uptown Special, and after we sorted out how he knew me (and he did, on sight and before I could mention our shared past, because he’s a conscientious human being), I asked him why he rehearsed for those VMAs so much. He joked that it was because he had to teach Akon how to sing his parts in the Ronson-ified version of “Smack That” that they performed.

To be honest, I didn’t remember what song Akon sang but I certainly remembered he was doing a bit with the band because I had to pick him up at the end of the red carpet and put him in his seat, then go get him during the first segment and bring him to the circular bandstand Ronson and his guys were set up in. Three of us were assigned to Ronson detail: myself, the exec who oversaw music in shows and the “house band” performers on the VMAs, and that exec’s assistant. Since the exec kind of took off during most of the show, it was just the two of us, and I was the only one who’d worked at the VMAs before. One of the first things that happens when you get to the VMA venue is a tour of the facilities, so you know all the back ways, sideways, and nonpublic ways to move talent around the building. The Palms’ staff-only hallways are an intricate network that were incredibly difficult to memorize, let alone navigate, after one tour. The one job I gave that exec, before telling him he could go for the rest of the show, was to get Ronson and the band from the end of the red carpet into the room. I saw them wait 20 minutes for the elevator that would get them to where they needed to be because neither the exec nor his assistant paid attention during the venue tour.

After I put Akon in his seat for the show opener, something happened that I’ve felt guilty about ever since. I saw the boys of Justice, who were nominated for Video of the Year for “D.A.N.C.E.”, with their publicist being held by security at the entrance to the room where the show was being shot. The publicist was arguing with the security guard, actually. I think she didn’t have the proper credentials for them, or they didn’t have them on. Whatever the case, I paused for a moment and thought about intervening to make sure they got in and made it to their table (they were sitting at the indie rock table right next to Peter Bjorn and John, who were nominated for Best New Artist), but I didn’t have time. I was in a rush to get back to the lobby and make sure the exec actually got Ronson and the band on the elevator and into their spots before the show started. I’m sorry, Gaspard and Xavier. Not to worry, when I made it back to the Ronson bandstand, I saw they were safely in their seats. I’m sure Kanye gave them shit later. 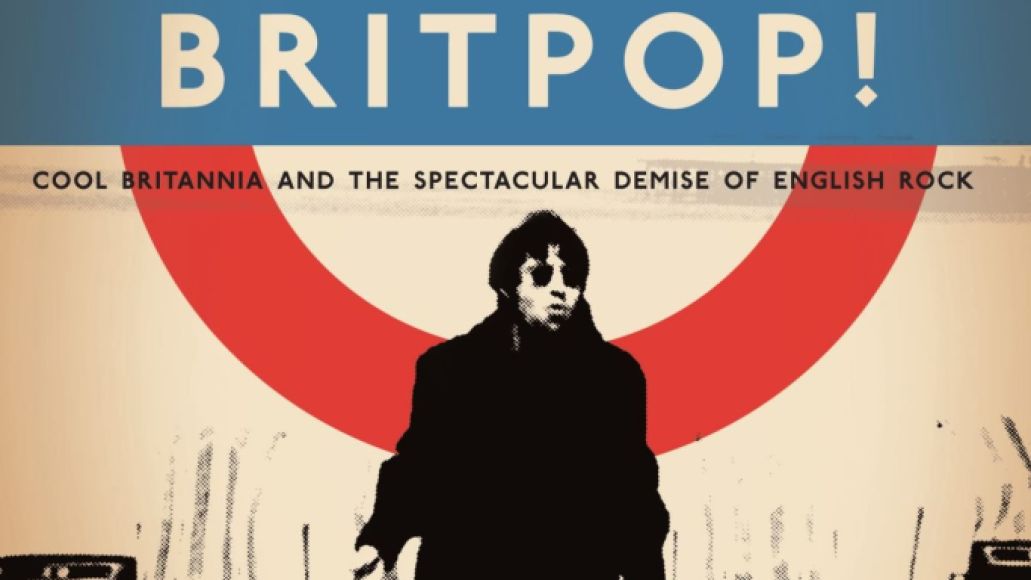 My favorite thing, perhaps the most interesting, about those rehearsals – the thing I remember very clearly – is that I was reading Britpop! Cool Britannia and the Spectacular Demise of English Rock as research for an upcoming episode of MTV2 Subterranean tied into the Rhino Records Britpop box. Ronson’s musical director and bass player in that band was a guy named Stuart Zender. He was the original bassist for Jamiroquai, and as such, he took one look at that book title and started talking. He had a lot of insights and first-hand stories from the scene. When Ronson saw what an animated conversation we were having, he plopped right down and joined it. Nerding out over Britpop kind of became a theme for the next four days between marathon rehearsals. Daniel Merriweather got in on it too, obviously, when he turned up for his rehearsal. It was without a doubt more interesting than trying to have a conversation with Adam Levine.

The whole show was different that year because there was a major changing of the guard in production. Salli Frattini had been executive producing the VMAs for a good stretch. This was the first year that Jesse Ignajatovic and his Den of Thieves production company took it over. They changed a lot of the names of the awards, several of which never appeared again after 2007 (Quadruple Threat of the Year and Most Earthshattering Collaboration, I’m looking at you). To make the most of The Palms, what we’d call the main show was in the Pearl, a tiny room while several artists had “fantasy suites” on the high levels of the hotel. Everyone in the Foo Fighters suite was beyond drunk, but that’s what happens when you invite Lemmy, Josh Homme, and Mastodon before they stopped drinking to the show.

The performance you probably best remember from 2007, though, is Britney Spears. It was The Year She Lost Her Shit. Britney opened the show and performed “Gimme More” while slipping and sliding around the stage. From the start, it was obvious to everyone sitting in the room that something was wrong. Ronson’s bandstand was on an elevated pedestal in the middle of the room, with the celebrity attendees spread out below at circular tables (like the Golden Globes) while the audience was behind him in auditorium seating. I remember looking at the celebs in attendance to see their faces while Britney performed. Rihanna, in particular, was throwing shade like there was no tomorrow. She seemed to delight in the horrifying display happening in front of us. When it was over, Ronson was to play the Akon music cue into commercial. I looked at his face as he turned to the band, and our eyes locked for a moment. With no particular expression, he lifted an eyebrow, shrugged, and turned to the band, signaling them to play. The show must go on.

The rest of the show passed uneventfully. I made the assistant take him and the band when they went on the main stage to play with Alicia Keys. Everyone else was fetched in a timely fashion and sang their songs well. The Dap-Kings were professional. They played their instrumental cues solidly, and none of them went missing at any point in the evening. Daniel Merriweather was sweaty after his song near the end of the show and needed a lot of assurances that he’d done a good job, but he sincerely had nailed it. I saw Ronson again, back in New York City, the week following the awards when Jamie T played at Bowery Ballroom. Of course, he was there to check it out. He was nice and introduced me to his then-girlfriend.

Mark Ronson will never be the guy who gets shitfaced at the VMAs. He’ll never yell at his talent escort or behave in a way that is less than professional. Even this year, when he goes as a nominee, I predict he’ll be the best dressed and most low-profile dude at the show. If you ever find yourself at an awards show, he’s exactly the kind of guy with whom you want to be stuck.

Courtney E. Smith is the author of Record Collecting for Girls. She started her career in music at MTV and has written for Refinery29, Pitchfork, Flavorwire and Salon. She tweets.

Going To The VMAs With Mark Ronson