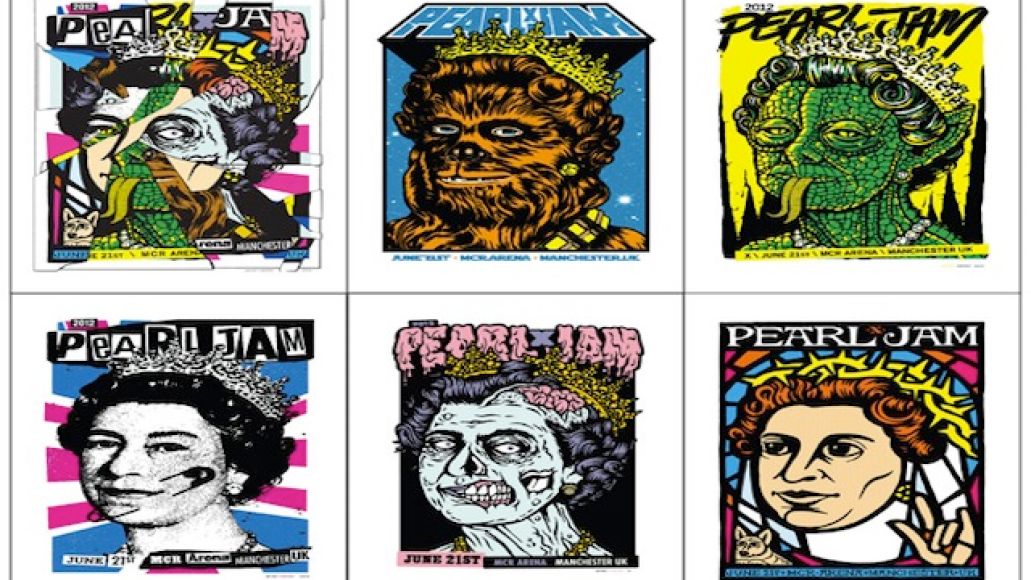 Component is a section of  Aux.Out. for one-off pieces, special editorials, and lost orphans of the music discussion. Today, Daniel Kohn speaks with Ames Bros. and Grouplove’s Hannah Hooper in an examination of the concert poster and why we love them.

Summer in Chicago is hot, with ungodly humidity and the strength of an unforgiving sun. So why on July 18th with the mercury pushing 100 degrees, would more than a thousand  Pearl Jam fans surround Wrigley Field a day before the band’s landmark gig at the hallowed ballpark? It wasn’t to get a great spot on the field since there were only a limited number of general admission wristbands available. No, they wanted to get as close to the band as possible without touching them: by buying the band’s merch celebrating the one-off show. But Pearl Jam fans are a different breed from your run-of-the-mill rock supporters. While t-shirts are cool and the commemorative Wrigley wristbands and trading cards were a nice touch, fans were waiting in line primarily for one thing: to snare one of the band’s limited edition concert posters.

I am one of those crazy fans. I’ve been collecting concert posters since my first Pearl Jam show back in 1998. That night, the poster was designed by Ames Bros. and cost $10, which for a high school kid, meant the difference between a souvenir and a 12-pack of beer. I decided to splurge and haven’t looked back since.

Waiting in the Chicago line, though, was brutal. After half an hour, the heat started taking its toll. But unlike any other concert I’d been to, Pearl Jam had four different artists design posters. Each were unique to the event, and all had to do with baseball. 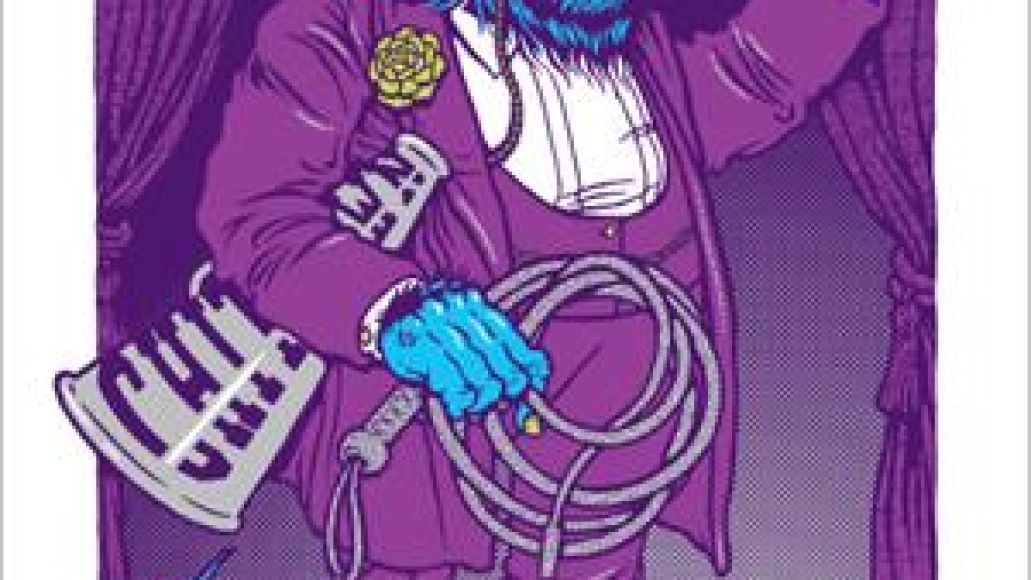 Here, I met Dustin Norwood, who traveled from Lake Charles, LA with his cousin for the show. He told me he buys a t-shirt at every show he’s been to, but as of late, has been ramping up his concert poster collection. As the line slowly made its way towards the merch stand, we yapped about Pearl Jam, our travels (I’m from Los Angeles), and posters. Ninety minutes later, as we’re in striking distance of the stand, we’re informed that they’re sold out of posters. Our despair becomes hope minutes later when we’re told that the stand will be opening early and, yes, we’ll have our choice of posters in the morning, assuming they don’t sell out first.

The poster that most fans are after is the one designed by the Ames Bros. Founded by Barry Ament and Coby Schultz, the duo’s work is highly decorated, especially among the Pearl Jam faithful. They met and became friends while attending Montana State University (a school Ament jokingly calls the “Harvard of the West”). Upon relocating to Seattle, Ament worked as the in-house designer for Pearl Jam (Barry’s brother Jeff is the bassist), while Schultz was working at a different studio. In 1994, they combined forces and formed Ames Bros.

“The plan was always to work together,” Ament says. “I think after [Schultz] had a few years under his belt, we got together and Ames was born.” 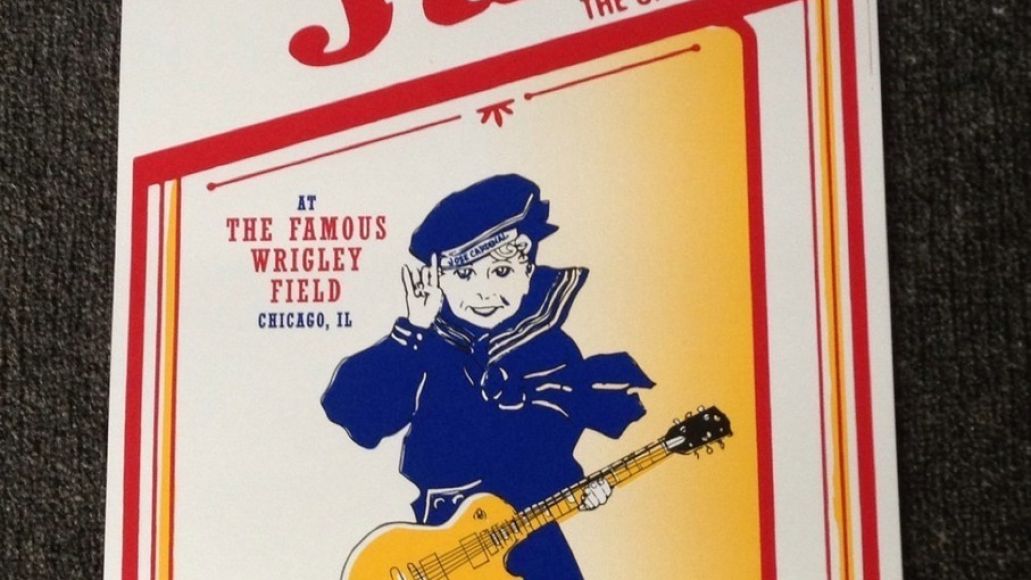 In Seattle, Ames Bros. started off humbly. Initially, they designed concert flyers for local venues and bands. The first project that they took on was for a “James Bond dance night” at the Re-Bar.

At the time when Ames formed, the Seattle art scene was filled with a number of rising designers and Ames didn’t have the experience or connections to get enlisted for bigger projects. Except for one. Using their connection to Pearl Jam, Ames offered to design the band’s posters for each show during their brief 1996 run of Europe supporting No Code. Besides their close relationship to the band, the duo made the band an offer they couldn’t refuse: they’d work for free.

“We did it for that because we just wanted to work on posters,” Ament recalls. “There’s no other intention beyond that. We were excited to work on screen prints.”

It’s hard to imagine that they worked on those posters for free, especially if you look on eBay and see the insane prices collectors will pay for posters from that tour. But the experience of designing posters for that run allowed for Ament and Schultz to build their portfolio and profile within the artistic community.

~
After the Pearl Jam merch attendants announce that there will be posters in the morning, I hear chatter that some crazies were willing to sleep out in order to score one of Ames’s coveted posters. This no-nonsense lunacy is impressive for any fan base, but it speaks how important Ames Bros. have evolved as artists over the years and what their posters mean to fans. 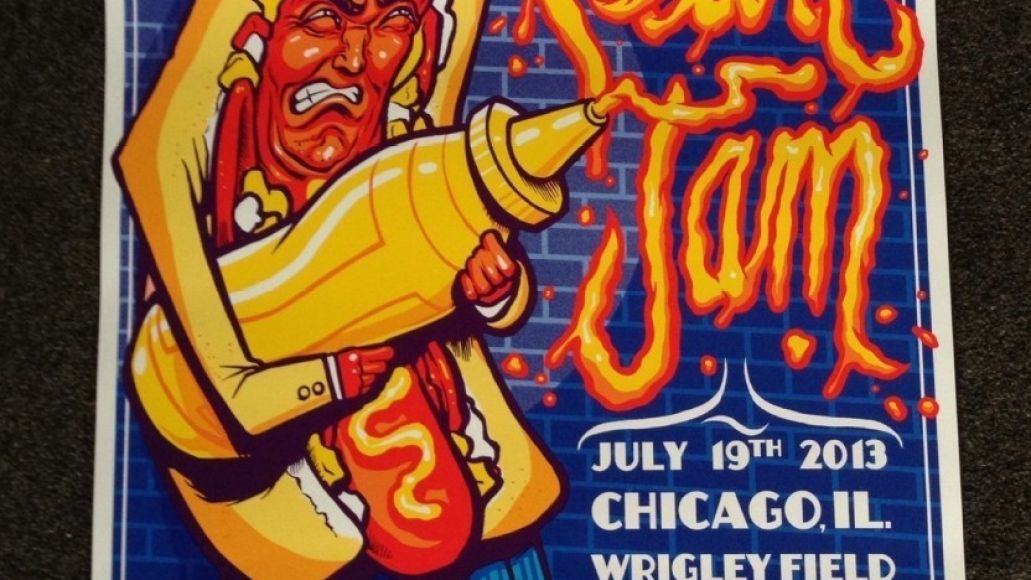 While Ames Bros. are among the most famous poster designers, they’re far from the only ones who have a dedicated following. Whenever Grouplove’s Hannah Hooper hits the stage, she usually notices the up-and-coming indie pop outfit’s fans clutching onto that night’s poster they purchased out in front.

“If it’s a new fan and it’s their first poster, I think it’s a great way to introduce them to the band,” Hooper says before the first of the band’s two shows in Boston. “I think my work represents what this band is about.” For the singer, being able to see the connection that her art has with a fan is almost as satisfying as running the through the group’s high energy set list.

What amazes Hooper more than anything is how fans have taken to the band and, in a way, her artwork.

“Sometimes people buy the poster because they don’t want to wear a bright, crazy t-shirt,” she says. “A poster can be something that you can just buy, and I know it’s a bit fancier, but I love that it’s something you can get at the merch table and you can go home and it’s a piece of art. And that it’s directly associated to the show that night — hopefully a good show and a positive memory. I love that art can translate into so many different forms and that our band can make music and artwork.”

Hooper’s words are what attract fans like Norwood to snagging a poster at a show instead of a t-shirt. Braving the nearly 19-hour Amtrak ride to Chicago, he couldn’t wait to get his hands on another coveted poster. A concertgoer for 20 years, the first one Norwood bought was in 2000 when he snared 311’s limited edition poster from a show in New Orleans. Despite his dog snacking on its corner, Norwood proudly has that poster displayed in a frame at his home. He says it changed his habits in buying a t-shirt at every concert. 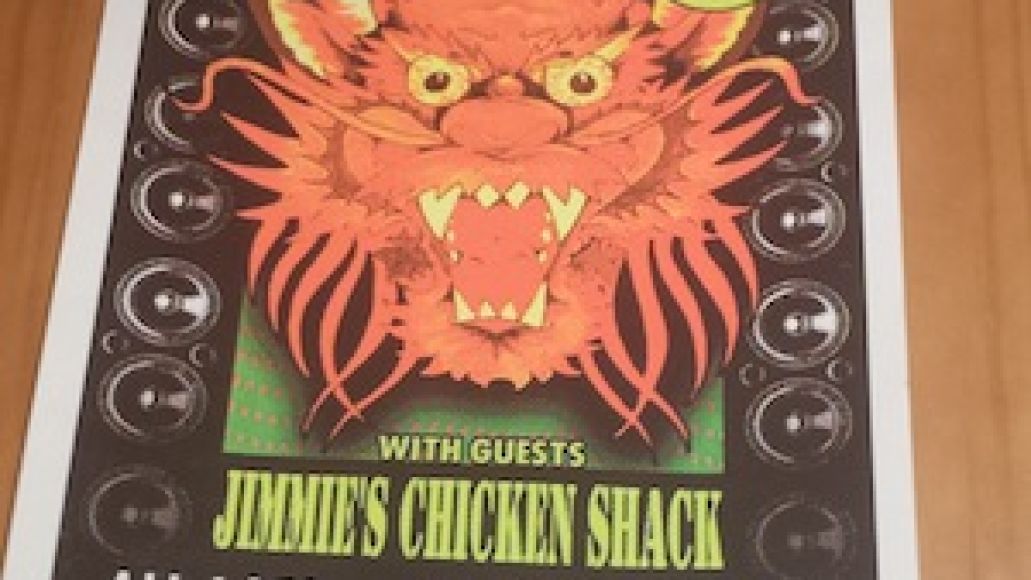 “I usually end up wearing the t-shirt until it starts to fade and get holes in it,” he explains when we catch up a few months later. “Once that happens, it goes into the closet and doesn’t get seen very much. However, with concert posters, they’re usually very vibrant in color and many are unique to the individual show. That is something I strive for. Most concert shirts can be pretty generic. I prefer to have something specific.”

He also says each poster in his collection tells a story about a specific gig through its particular imagery. Bouncing off the 311 poster, Norwood fondly looks back at the shows he’s attended. He recites the details without thinking too hard (it was actually March 11th and the band’s first daytime show and spanned four hours) and his vivid description makes the show sound like it was yesterday, not 13 years ago. Even with his collection pushing nearly 40 posters now, whenever he sees the slightly chewed poster, the memories from that afternoon always come back in a flash. 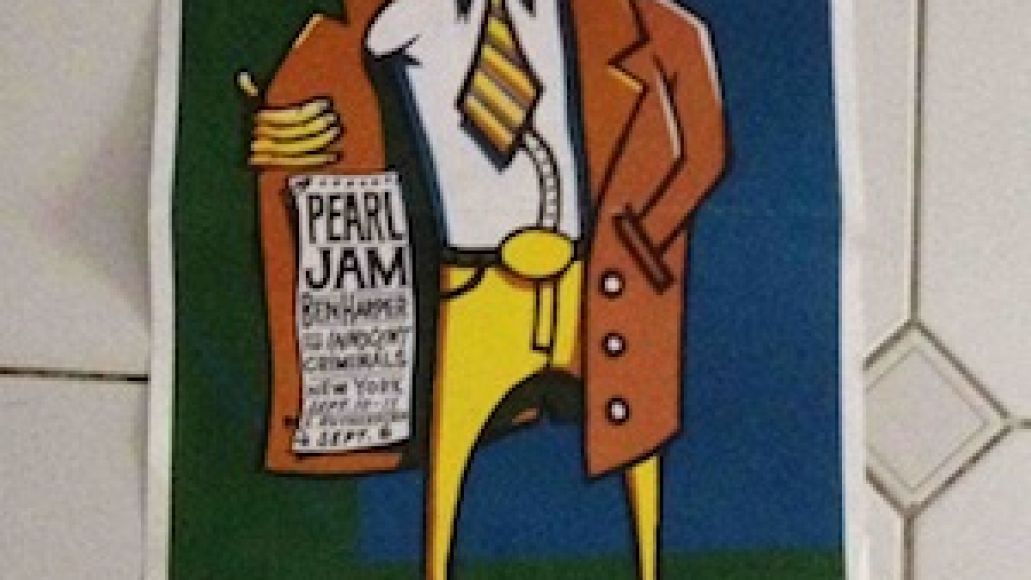 Looking at a wall and being transported back to a memorable show, that’s what attracted me to concert posters.

My first and favorite poster is one of the most famous in both Pearl Jam and Ames’ history. This was the one I used a crumpled Alexander Hamilton to purchase at the outside merch booth at Madison Square Garden. The shows were some of the band’s most memorable gigs, and the image from that poster is just as iconic. Conceived by Schultz, his inspiration for the poster came from the Sesame Street characters who stole letters, which he rolled into a film noir-type gangster selling illegal goods. The image became not only one of the most classic posters of the Yield era, but the one that put Ames’ work on the radar of collectors.

“It seemed like a clever way to advertise for the show,” Schultz remembers. “Back in those days, it was a little bit of both. It was fitting for the show.”

On the Yield tour, Ames Bros. designed, to their best recollection, around 60 posters, one for each show, turning their studio into a poster factory.

“At that time, we talked our printer into quitting his job and he rented the space below us and he printed all night while we designed all day,” Ament says. “It was just around the clock, spitting out posters left and right. ”

Keep This Concert Forever: The Creators and Collectors of Concert Posters